What’s Been Stopping the Left?

If progressive political parties had pursued a bolder agenda in the face of widening inequality and deepening economic anxiety, perhaps the rise of right-wing, nativist political movements might have been averted. So why didn't they? 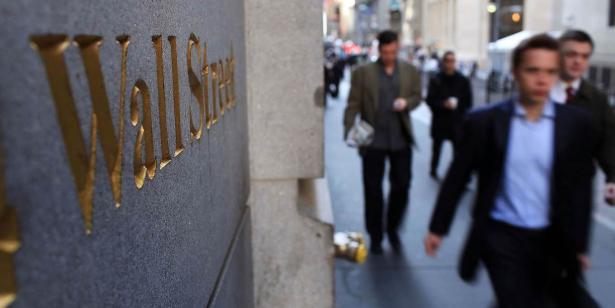 CAMBRIDGE – Why were democratic political systems not responsive early enough to the grievances that autocratic populists have successfully exploited – inequality and economic anxiety, decline of perceived social status, the chasm between elites and ordinary citizens? Had political parties, particularly of the center left, pursued a bolder agenda, perhaps the rise of right-wing, nativist political movements might have been averted.

In principle, greater inequality produces a demand for more redistribution. Democratic politicians should respond by imposing higher taxes on the wealthy and spending the proceeds on the less well off. This intuition is formalized in a well-known paper in political economy by Allan Meltzer and Scott Richard: the wider the income gap between the median and average voter, the higher the taxes and the greater the redistribution.

Yet in practice, democracies have moved in the opposite direction. The progressivity of income taxes has decreased, reliance on regressive consumption taxes has increased, and the taxation of capital has followed a global race to the bottom. Instead of boosting infrastructure investment, governments have pursued austerity policies that are particularly harmful to low-skill workers. Big banks and corporations have been bailed out, but households have not. In the United States, the minimum wage has not been adjusted sufficiently, allowing it to erode in real terms.

Part of the reason for this, at least in the US, is that the Democratic Party’s embrace of identity politics (highlighting inclusiveness along lines of gender, race, and sexual orientation) and other socially liberal causes came at the expense of the bread-and-butter issues of incomes and jobs. As Robert Kuttner writes in a new book, the only thing missing from Hillary Clinton’s platform during the 2016 presidential election was social class.5

One explanation is that the Democrats (and center-left parties in Western Europe) became too cozy with big finance and large corporations. Kuttner describes how Democratic Party leaders made an explicit decision to reach out to the financial sector following President Ronald Reagan’s electoral victories in the 1980s. Big banks became particularly influential not just through their financial clout, but also through their control of key policymaking positions in Democratic administrations. The economic policies of the 1990s might have taken a different path if Bill Clinton had listened more to his labor secretary, Robert Reich, an academic and progressive policy advocate, and less to his Treasury secretary, Robert Rubin, a former Goldman Sachs executive.

But vested interests go only so far in explaining the failure of the left. Ideas have played at least as important a role. After the supply-side shocks of the 1970s dissolved the Keynesian consensus of the postwar era, and progressive taxation and the European welfare state had gone out of fashion, the vacuum was filled by market fundamentalism (also called neoliberalism) of the type championed by Reagan and Margaret Thatcher. The new wave also appeared to have caught the electorate’s imagination.

Instead of developing a credible alternative, politicians of the center left bought wholesale into the new disposition. Clinton’s New Democrats and Tony Blair’s New Labour acted as cheerleaders for globalization. The French socialists inexplicably became advocates of freeing up controls on international capital movements. Their only difference from the right was the sweeteners they promised in the form of more spending on social programs and education – which rarely became a reality.

The French economist Thomas Piketty has recently documented an interesting transformation in the social base of left-wing parties. Until the late 1960s, the poor generally voted for parties of the left, while the wealthy voted for the right. Since then, left-wing parties have been increasingly captured by the well-educated elite, whom Piketty calls the “Brahmin Left,” to distinguish them from the “Merchant” class whose members still vote for right-wing parties. Piketty argues that this bifurcation of the elite has insulated the political system from redistributive demands. The Brahmin Left is not friendly to redistribution, because it believes in meritocracy – a world in which effort gets rewarded and low incomes are more likely to be the result of insufficient effort than poor luck.

Ideas about how the world works have played a role among the non-elite as well, by dampening the demand for redistribution. Contrary to the implications of the Meltzer-Richard framework, ordinary American voters do not seem to be very interested in raising top marginal tax rates or in greater social transfers. This seems to be true even when they are aware of – and concerned by – the sharp rise in inequality.

What explains this apparent paradox is these voters’ very low levels of trust in government’s ability to address inequality. One team of economists has found that respondents “primed” by references to lobbyists or the Wall Street bailout display significantly lower levels of support for anti-poverty policies.

Trust in government has generally been declining in the US since the 1960s, with some ups and downs. There are similar trends in many European countries as well, especially in southern Europe. This suggests that progressive politicians who envisage an active government role in reshaping economic opportunities face an uphill battle in winning over the electorate. The fear of losing that battle may explain the timidity of the left’s response.

Yet the lesson of recent studies is that beliefs about what the government can and should do are not immutable. They are susceptible to persuasion, experience, and changing circumstances. This is as true for elites as it is for non-elites. But a progressive left that is able to stand up to nativist politics will have to deliver a good story, in addition to good policies.

Dani Rodrik is Professor of International Political Economy at Harvard University’s John F. Kennedy School of Government. He is the author of The Globalization Paradox: Democracy and the Future of the World Economy, Economics Rules: The Rights and Wrongs of the Dismal Science, and, most recently, Straight Talk on Trade: Ideas for a Sane World Economy.