"People have power and I want them to begin using it to hold their government accountable for the abuse it does to people like me," said one formerly detained asylum seeker. 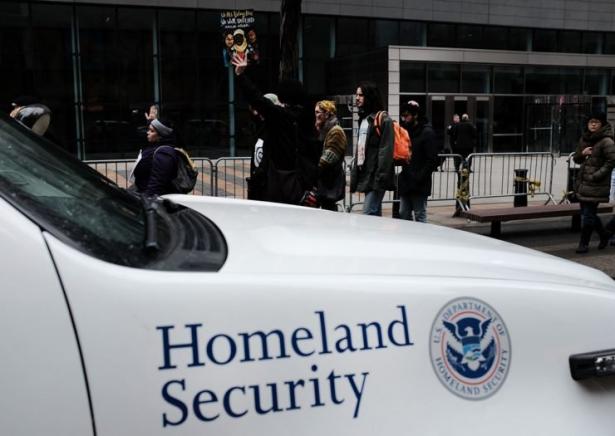 As the #AbolishICE movement gains steam, immigrant rights organizations are coordinating a series of “people’s tribunals” to hold Immigration and Customs Enforcement (ICE) accountable for, advocates say, its “culture of secrecy and systemic abuse.”

Dubbed #ICEOnTrial, the tribunals are being spearheaded by the Detention Watch Network, a national coalition of organizations working to expose the injustices of the immigration detention and deportation systems. The network isn’t mincing words about why it’s protesting ICE.

“Under an explicitly anti-immigrant and racist Trump administration, ICE is emboldened to be less transparent, unaccountable and act with increased impunity,” the network explains on its website. Potentially referencing a recent order to destroy records of detained people, Detention Watch Network continues: “This is an agency that regularly lies, actively hides information from the public, and retaliates against anyone who speaks out.”

This was echoed by Gretta Soto Moreno, a transgender woman who told Rewire.News she was repeatedly sexually harassed and verbally abused during her 900-day detainment. “The worst thing is, [the guards] all stick together, even when they know they are lying. I feel like as long as I was in that place, I never had a chance to win or have my grievances taken seriously. We have no defense in there,” she said.

Immigrant rights organizations will hold ten people’s tribunals nationwide focused on a wide range of issues. At its event on Thursday, in front of the National Archives in Washington, D.C., Freedom for Immigrants (formerly known as CIVIC) will highlight sexual abuse in detention. The organization filed a complaint with the Department of Homeland Security’s (DHS) Office for Civil Rights and Civil Liberties one year ago this week concerning reports of sexual abuse, assault, and harassment within immigration detention centers.

For its complaint, Freedom for Immigrants analyzed data obtained through a Freedom of Information Act request from the DHS Office of the Inspector General (OIG). That information showed that the OIG received at least 1,016 reports of sexual abuse filed by people in detention between May 2014 and July 2016. Of these, the OIG investigated only 24, according to the complaint.

And of 33,126 complaints of sexual and physical abuse against all DHS agencies made between January 2010 and July 2016, only 570 were investigated, or 1.7 percent. ICE had the most complaints, compared with other federal agencies.

Rebecca Merton, the independent monitor and national visitation coordinator with Freedom for Immigrants, told Rewire.News that DHS’ office never formally acknowledged the complaint and failed to launch an investigation as requested. ICE did respond, “essentially saying that given the high number of people ICE detains, the numbers are not that concerning,'” Merton said.

“The fact is that ICE is now acting with more impunity than ever; it’s actively retaliating against people who speak out. Look what happened to Laura Monterrosa. What happened to her is happening at detention centers across the country,” Merton said.

As Rewire.News reported, Laura Monterrosa alleged that she was was repeatedly sexually assaulted by a guard while detained in the T. Don Hutto Detention Center in Taylor, Texas. The guard remained employed at Hutto during the bulk of Monterrosa’s detainment. After public pressure to launch a criminal investigation, ICE said it reviewed her case and found Monterrosa’s claims to be “unsubstantiated.” ICE eventually released her from custody, after the Salvadoran migrant attempted suicide.

Freedom for Immigrants’ rally will feature survivors of sexual assault in detention, including Soto Moreno, who works to provide clothing and other items to community members in need.

Soto Moreno spoke to Rewire.News while preparing for her trip to D.C. She said that being detained was “the worst experience ever.”

“Let me tell you about my first day there. I walked into the detention center and was [verbally abused] by an officer in just a few minutes. I walked in and this one particular officer called me a ‘faggot.’ He said I wasn’t supposed to be there because ‘this is no place for faggots.’ That’s how I was treated from the very beginning by that officer, and then it just went on like that the whole time [I was detained],” said Soto Moreno, who is an asylum seeker from Mexico.

From her first day detained, Soto Moreno filed a complaint each time she was sexually abused or verbally harassed, both of which she said happened often—by other detained people and by guards at the detention center.

The problem is that while detained, complaining can feel like “it’s all for nothing,” she said, because her detailed records went nowhere.

Soto Moreno told Rewire.News that in one particular instance, a guard coerced her into sharing the documentation she’d been keeping that outlined an incident in which she was sexually harassed by a group of men. She was hesitant to hand it over because it was her only copy and she had a court date coming up. The guard told her that if she gave him a copy, he legally couldn’t do anything with the information, but if she gave him the original, he could make sure it was taken seriously. She gave him her documentation and as her court date approached, Soto Moreno approached him multiple times and asked him to return her documentation. Each time, he pretended like he didn’t know what she was talking about.

When speaking to Public Radio International, Soto Moreno shared that the abuse and hopelessness she experienced in detention made her feel like she was “losing [her] mind,” leading her to wound herself and write in blood on her cell wall, “No more violence on trans women.” Shortly after, she was transferred to California’s Santa Ana City Jail, where there is a wing specifically for trans immigrant women being detained. She spent nine months there.

In a March 2016 Human Rights Watch report about the abuse of transgender women in detention, ICE “claimed it did not know how many transgender women were in immigration detention across the U.S., let alone where and under what conditions they are being held.” But ICE officials estimate that there are approximately 65 transgender women in detention on any given day among a nationally detained population of approximately 30,000 migrants and asylum seekers. The number of trans people detained has likely risen, given that the detention bed count is now at 39,000 and the detention system is growing as President Donald Trump has made everyone in the U.S. without authorization a priority for deportation.

Soto Moreno said she wants U.S. citizens to understand that detention centers are worse than prisons, because ICE “feels like it can treat immigrants any kind of way.” The asylum seeker said she can’t understand why people voted for Trump, who is only “making conditions worse.”

“I don’t know what to think—do American people just want to go to work, clock out, and hang out, or do they care about other human beings? What kind of American doesn’t care about other people? I thought that’s what this country was about? People have power and I want them to begin using it to hold their government accountable for the abuse it does to people like me,” Soto Moreno said. “You know why detention is so horrible? Because it feels like being a little bird in a little cage that can get crushed at any time.”

Tina Vasquez is the immigration reporter at Rewire.News. Previously, she was a freelance writer and editor with almost ten years of experience, focusing on intersectional feminism, racial justice, and immigration. She is the former associate editor at Black Girl Dangerous and she has contributed to the Guardian, Truthout, Jezebel, Bitch Magazine, and Al Jazeera.