How Philip K. Dick Redefined What it Means to Be (In)Human

No being – whether mammal, robot, computer, bird, slug, stone, or star – that is excluded from the category of humanity on the basis of its physical nature. Conversely, each and any being may qualify as human by demonstrating empathy for other beings.

April 29, 2018 James Burton The Conversation
Printer friendly
How Philip K. Dick Redefined What it Means to Be (In)Human Published April 29, 2018 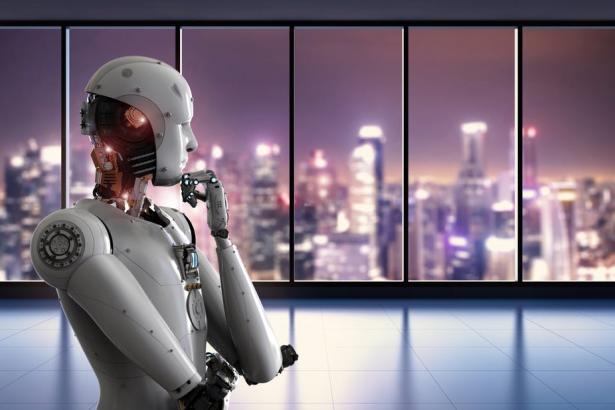 I think, therefore I am human?,Phonlamai Photo/Shutterstock

Fifty years ago, Philip K. Dick’s novel Do Androids Dream of Electric Sheep? questioned what it means to be human in ways that have an immense lasting influence.

The action of the novel – and the Blade Runner films based on it – largely revolves around the central tension and struggle between biological humans and artificially constructed androids. Arguably, however, the story’s greatest continuing relevance is in the way it challenges a particular image of the human that has come to dominate in modern Western culture. This image portrays certain qualities – whiteness, masculinity, heterosexuality, rationalism, professional success and physical prowess – as the ideal symbols of humanity’s success.

The novel revolves around the efforts of bounty hunter Rick Deckard, in his quest to identify, track, and destroy androids posing as biological humans. Unsurprisingly, he repeatedly meets violent resistance. Both his livelihood and his life depend on his ability to tell the difference between humans and androids. Ultimately, however, Deckard is forced to face the possibility that there may not be any fundamental difference. This causes him to undergo a deep existential crisis, finding both his sense of identity, and his literal survival, severely threatened.

Deckard’s primary means of distinguishing between humans and androids is the Voight-Kampff test. Combining psychological analysis with a measurement of physiological reactions, the test seeks to determine whether a subject is capable of empathy. If the subject adequately demonstrates concern for the lives of others, they are deemed human, and allowed to live. If not, they are deemed non-human, and must be destroyed. Deckard’s transformation begins when he realises that some newer androids are capable of passing the test, and so passing for human.

A likely response to this dilemma would be to regard the test as fundamentally flawed. A better test would be needed, one based on identifying another trait as the essential feature to distinguish androids from humans. However, Deckard, and the reader with him, is ultimately led to a far more radical conclusion – that the test is accurate after all. That is, the capacity for empathy is the only value that should ever be used to determine the worth of another being.

This revelation is a kind of update on Descartes’ influential “cogito ergo sum”. In place of “I think, therefore I am,” Dick implicitly suggests, “she loves, therefore she is (human/worthy)”. (It is no coincidence that Rick Deckard’s name somewhat echoes that of René Descartes.)

This “posthuman” gesture abandons any scientific, ontological or material basis for distinguishing between humans and non-humans. Yet it continues to capitalise on the widespread human sense that there is something special and valuable about humans. Such a sense is often referred to as a defining feature of “humanism”. What the novel offers us, then, is a kind of posthuman humanism.

On this basis, there is no being – whether mammal, robot, computer, bird, slug, stone, or star – that is excluded from the category of humanity on the basis of its physical nature. Conversely, each and any being may qualify as human by demonstrating empathy for other beings. Meanwhile, the term “human” has by this point come to mean nothing more than “worthy of existence”.

This is far from a mere philosophical or science-fictional game. To see its radical social and political significance in our world, we need only consider the range of ways people have been dehumanised over the millennia of (so-called) humanity’s existence. Slavery, colonialism, alienation, patriarchy, racial inequality, and virtually any form of systemic social injustice you can think of, involve presenting some beings as “less than human” in order to justify their exploitation.

For this reason, it is crucial that Deckard’s entire outlook and sense of self – rather than simply his understanding of the distinction between humans and machines – is thoroughly challenged. His (hetero)sexuality, his commitment to the values of marriage, family, legal and police justice, the importance of professional, financial and social success, all intact at the novel’s outset, have been radically undermined by its end. Seemingly a broken man, he is, nevertheless, left with an enduring sense of the primary importance of an unrestricted, non-prejudiced care or love for other beings.

Admittedly, Dick could have pushed this dimension further, as Octavia Butler, Samuel Delany and a host of more recent science fiction authors have done. But at least it is an integral part of the narrative. The recent film, Blade Runner 2049, in contrast, downplays this dimension, while retaining the central concern with the relationship between biological humans and artificial androids.

This may be one possible reason why the latest film has attracted great praise as well as intense critique. While Blade Runner 2049 continues to blur the boundary between human and machine, it seems to uphold the notion that, in the end, the goal of either would equate more-or-less to the supposed values of the average white, Western, heterosexual, bourgeois male. This, ultimately, risks undermining the radical political potential of the posthumanist experiment that drives the original story.

James Burton is Lecturer in Cultural Studies and Cultural History, Goldsmiths, University of London
This article is based on a talk originally given at a Cardiff BookTalk event in December 2017 (https://cardiffbooktalk.org/).