'We live as second-class citizens': What It's Like to Face Border Agents Every Day

The Guardian’s review of claims made against US Customs and Border Protection over the last dozen years shows cause for concern over unreasonable search and seizure.

May 9, 2018 Sarah Macaraeg The Guardian
Printer friendly
'We live as second-class citizens': What It's Like to Face Border Agents Every Day Published May 9, 2018 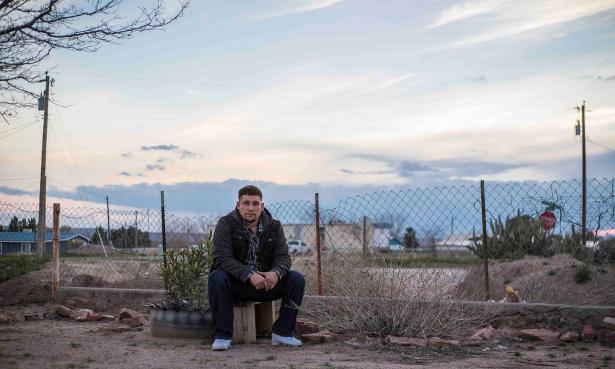 The moment that Jorge Rodriguez noticed five armed border patrol agents beginning to surround his car, his first instinct was to tell his 17-year-old cousin, in the passenger seat next to him, to pick up his hands and not make any sudden movements.

The pair, both US citizens, had been stopped on their way home from a movie at a checkpoint outside of Las Cruces, New Mexico, approximately 60 miles north of the border. The young men had already answered questions about their nationality and where they had been that evening.

They were not armed. The only problem was that Rodriguez, then aged 23, had refused to consent to a warrantless search of his family’s vehicle, citing the constitution.

“I was trying to show my cousin ... ‘You didn’t do anything wrong and you have rights,’” Rodriguez said. But wary of the officers’ hands on their holsters, he opted to concede, granting the inspection of his backseat.

“I’m aware of what this agency has gotten away with,” he said.

Following the election of Donald Trump, Rodriguez’s experiences with border patrol checkpoints prompted him to walk away from a spot in a PhD program, in favor of organizing “Know Your Rights” trainings with the New Mexico American Civil Liberties Union. The organization is also challenging the agency’s controversial practice of boarding Greyhound buses.

A Guardian investigation this week has revealed that the US government has paid out more than $60m in legal settlements over a decade, where border agents were involved in deaths, driving injuries, alleged assaults and wrongful detention.

The research also pieced together cases of 97 civilians who died after encounters with border agents, which took place in 11 states and up to 160 miles inside US borders.

Civil rights advocates are not alone in promoting oversight of the border patrol’s inland operations.

“Increased spending on border security in recent years hasn’t been accompanied by necessary oversight, accountability or transparency,” said Texas congressman Beto O’Rourke. “This has led to concerns over the protection of constitutional rights and situations where we have failed to properly train and equip our agents and officers, who have some of the toughest jobs in government.”

A rising star in the Democratic party, with his sights set on unseating Senator Ted Cruz in the November mid-term election, O’Rourke has twice introduced bipartisan legislation that proposes the appointment of regional oversight committees, revamped agent training, transparent reporting and the immediate commencement of congressional studies on agents’ use of force, migrant deaths and operations inland.

As a US citizen and grandson of a guestworker, Rodriguez was raised approximately 80 miles north of the border in Hatch, New Mexico – a tiny village with an outsize reputation as “the chile capital of the world”. Although Hatch’s prized commodity draws tourists, the town has few restaurants and stores, prompting residents to regularly commute to nearby Las Cruces. A permanent border patrol checkpoint awaits them on the return, established on a highway roughly 60 miles inside the US from its border with Mexico.

In order to run to Target for his mom, go to prom, spend time with his grandmother or simply explore the nearest big city of El Paso, Texas, Rodriguez has had to answer to armed federal agents. He estimates he’s undergone more than 300 checkpoint stops over the last nine years, since he turned 16 and began driving.

The upshot of living in the borderlands, according to historian Kelly Lytle Hernandez, a professor at the University of California Los Angeles and author of the book Migra! A History of the US Border Patrol, is: “Governance untethered by the United States constitution.”

In theory, the border patrol’s powers are limited by the fourth amendment protection against unreasonable search and seizure. Agents should not conduct stops amid roving patrols without reasonable suspicion, and requested searches can be refused, barring a warrant. A spokesperson also said the agency is “committed to the fair, impartial and respectful treatment of all members of the trade and traveling public”.

But the Guardian’s review of claims made against the agency over the last dozen years shows cause for concern.

When sued in civil court, a US Customs and Border Protection spokesperson said it does not refer those allegations of misconduct to the Department of Homeland Security’s complaint review system because agency policy determines that any incident involving injury or death would have already been investigated internally.

Suits resulting in settlements have been filed by: an Ohio father who said he was detained while walking his child home from school by an agent with a hand on his holster; a Greyhound passenger and naturalized citizen who described being forced off a bus, assaulted and hospitalized before being released without charges; and a tourist who said her family was followed through a checkpoint by an agent who sexually assaulted her.

Other settlements include a lawfully present refugee pulled off an Amtrak train in Montana and placed in immigrant detention for a week; a US citizen who said he was coerced into signing his own deportation order, after a Texas sheriff’s deputy stopped him 80 miles inland and called border patrol; a pregnant, lawful visa holder who said she was denied food and insulin during a 16-hour detention.

Further settlement cases uncovered by Guardian research included a 64-year-old San Diego market vendor who said an agent held a gun to her head for no reason; two prison guards of color who described being stopped multiple times by agents in Washington state; a Native American man who said he was beaten after leaving a checkpoint in order to race his mother to the hospital; a Somali refugee with lawful asylum status who was detained for 49 days after passing through a checkpoint; and an Arizona pastor who said he was targeted with a Taser after refusing to consent to a vehicle search.

“I already live in a region where my mere existence is criminalized,” Rodriguez said of the recent national guard deployment, describing border communities as the “collateral damage” of ramped up enforcement policy, “whether it’s the wall or a wall of agents”.

“We live as second-class citizens,” he said.