Introduction to Truthout's "After the Raid" Series

The US government terrorizes immigrant families and families of color with thousands of raids each year. 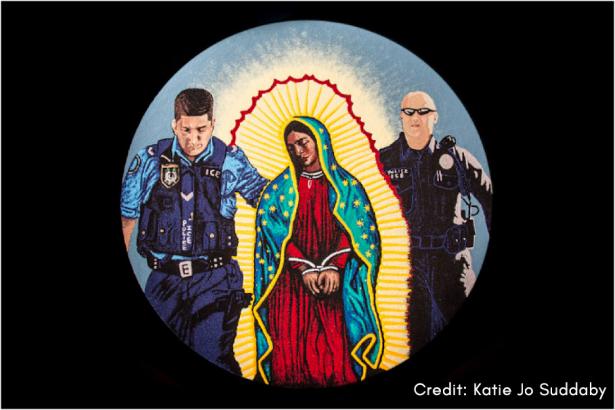 These raids are, by design, militarized, terrifying, violent and dehumanizing. In their wake, individuals may experience symptoms associated with post-traumatic stress disorder (PTSD), and community trust in government services of all sorts is severed.

Now that President Trump has declared that any of the 11 million undocumented immigrants in the US are appropriate targets for removal, entire immigrant communities are being affected by a drastic uptick in interior immigration enforcement efforts. This intensification in anti-immigrant policing affects not only undocumented people but also the families and communities to which they are connected.

In this series, After the Raid: The Communal Trauma of Immigration Enforcement, activists, researchers, lawyers, community members and physicians come together to reflect on how these practices of immigration enforcement affect the health and well-being of immigrant families and communities in the US.

Collectively, we describe an immigration enforcement system that relies on racial profiling for its daily functions and exists to maintain a racist status quo. We describe the way in which the constant surveillance of mixed-status communities turns them into geographies of routinized fear and collective trauma, damaging the mental health of both community members and the activists who work to combat this surveillance.

As public health scholars, we were inspired to curate this special series for Truthout after conducting research that documented the specific PTSD symptoms experienced by family members of all ages after a raid on an apartment in a small Midwestern town in the winter of 2013. Our research, published in the Journal of Traumatology, discovered that the survivors of the raid experienced nightmares and waking physical symptoms that align with PTSD diagnostic criteria. "My body and skin would go cold," said one survivor of the raid, describing the bodily sensations that continued to sweep over her at the sight of law enforcement.

Not everyone is arrested in a raid, but it is likely that all 11 million undocumented immigrants and the families to which they are connected fear this violence. Not everyone develops PTSD, but as others have pointed out, a growing number of those fearful of deportation are avoiding medical care, health and social services, and police and emergency services-- all of which impacts their health and that of their families. Even as the targets of this violence live their daily lives amid violent persecution, however, they are nonetheless finding creative and resilient avenues of resistance.

We hope this series ignites a deeper understanding of immigration enforcement -- including the range of impacts that ripple throughout families and communities -- and encourages researchers, advocates and community members to collaborate, protect one another and fight for positive change.

Click here to read the stories in this series.

To Create True Sanctuary Cities, We Must End Racist Policing

Nicole Novak, Ph.D., M.Sc., conducted this research while a postdoctoral fellow at the University of Michigan Population Studies Center. She can be reached at nicole-novak@uiowa.edu

William Lopez, Ph.D., MPH, is a postdoctoral fellow at the University of Michigan School of Public Health and National Center for Institutional Diversity. He can be reached at wdlopez@umich.edu. Follow him on twitter at @lopez_wd.