The increasingly routine consequence of the Trump Administration’s immigration policy to separate children from parents who enter the United States without papers reminded me of a conversation I heard between Henry Kissinger and Ruth K. Westheimer. 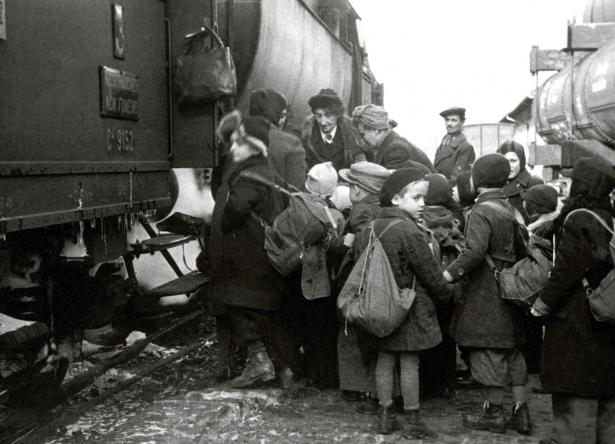 “If not for the Kindertransport, I would not be here today,” Dr. Ruth said., Photograph by Imagno / Getty

Jose, a five-year-old Honduran boy, was taken away from his father by immigration officials last month, after the two of them had crossed the border at El Paso. The father was transferred to a detention camp. Jose, all alone, was put on a plane to Michigan and placed under the care of a family of kind but anguished strangers. In his bedroom at night, he clings to pictures that he’s drawn of his family—his mother and siblings in Honduras, with its epidemic of gang violence, and his father in a U.S. prison. He won’t stop asking, “When will I see my papa?”

Jose’s torment—the increasingly routine consequence of the Trump Administration’s immigration policy to separate children from parents who enter the United States without papers—reminded me of a conversation I heard a few years ago, between Henry Kissinger and Ruth K. Westheimer. We were guests at a dinner in New York for Angela Merkel, the German Chancellor, whom I had profiled. Around the table were American and German foreign-policy types, and I could imagine why Dr. K. was there, but Dr. Ruth was a mystery—I only knew her as the diminutive TV sex therapist.

It was the fall of 2015, the height of the migrant crisis in Europe. Germany had announced that it would admit a million refugees, most of them fleeing the civil war in Syria. Merkel had come under heavy criticism for the decision, and, during the soup course, Kissinger—ninety-two years old, eight decades removed from his own experience as a Jewish refugee from Nazi Germany—let the Chancellor have it. Of course, he said, he could admire the humanitarian impulse to save one person, but a million? That would change “German civilization.” It would be, Kissinger said, like the Romans allowing the barbarians inside the city gates. Merkel listened, in her focussed way, and didn’t argue, except to say, “What choice do we have?”

When Kissinger, on the Chancellor’s right, finished, Merkel turned to Dr. Ruth, on her left. Did she have anything to add? Dr. Ruth is five years younger than Kissinger and so tiny that her feet didn’t reach the floor. (She asked me to push her chair closer to the table so that she could eat her soup.) It turned out that she did have something to add. Her high, cheerful Frankfurt accent is as familiar in its way as Kissinger’s sombre Bavarian gutturals, but she began quietly, almost apologetically, as if she didn’t want to claim too much authority on a subject that had nothing to do with the orgasm.

She told us the story of the Evian Conference, held on Lake Geneva, in July, 1938, where countries from around the world gathered to debate the plight of Germany’s Jews. In the end, only one country—the Dominican Republic—agreed to take in a substantial number of Jewish refugees. All the others, including the United States, made excuses.

Four months after the failure of Evian, in November, came Kristallnacht. At the time, Karola Ruth Siegel was a ten-year-old Jewish girl living with her parents in Frankfurt. Nazis showed up at their apartment to arrest her father, a salesman. As they marched him off into a covered truck, he turned around and looked at Ruth, who was watching from the window. She waved, and he waved back. Then he smiled, so that she wouldn’t cry. She never saw him again.

Two months later, in January, 1939, Ruth’s mother placed her on a train with other German Jewish children bound for Switzerland—part of the Kindertransport. Her mother hugged her on the platform, Dr. Ruth told Merkel and the rest of us, and, to keep herself from crying, she began to sing songs during the train ride that would bring her back to the happy time when their family was together. Dr. Ruth survived the war and the Holocaust in Switzerland. Her parents perished in the Nazi death camps.

“The Evian Conference gave us no help,” Dr. Ruth said. “If not for the Kindertransport, I would not be here today. I hope something more comes from this conversation about the Syrian refugees than came from Evian.” At this point she was looking directly at Kissinger. Now I understood why Merkel had wanted her at the dinner. There wasn’t a trace of accusation in her voice—the whole time she’d been telling the story in the same half-apologetic tone—but no one, least of all Kissinger, could have missed her point: You and I were the same as each other, the same as the Syrians. I have not forgotten. Have you?

The room fell silent. Then the conversation moved on to American politics. The Presidential primaries were a few months away, and, though Trump had become a media sensation, he wasn’t an obvious front-runner. Merkel wanted to know whether he could win. The American experts around the table were in agreement—not a chance. Trump would fade quickly, and the Republican Party would consolidate around a mainstream candidate—Jeb Bush, maybe Ted Cruz. The experts’ long experience in politics and foreign policy had given them no reason to believe that, in a couple of years, President Trump’s government would separate thousands of refugee children from their parents. Not in order to rescue them, as the Kindertransport had done, but to show such unashamed cruelty that other parents would no longer try to save their children from danger by crossing America’s borders.

Dr. Ruth said nothing for the rest of the evening. She had told us what she wanted us to hear.

George Packer became a staff writer in 2003. For the magazine, he has covered the Iraq War, and has also written about the atrocities committed in Sierra Leone, civil unrest in the Ivory Coast, the megacity of Lagos, and the global counterinsurgency.