Will ICE Agents be Able to Live With What They are Doing to Migrant Children? Will You and I?

Trump's Chief of Staff John Kelly said that kids would be placed in foster care “or whatever,” and explained that seizing children was intended as a “tough deterrent” against those trying to cross the border without papers. 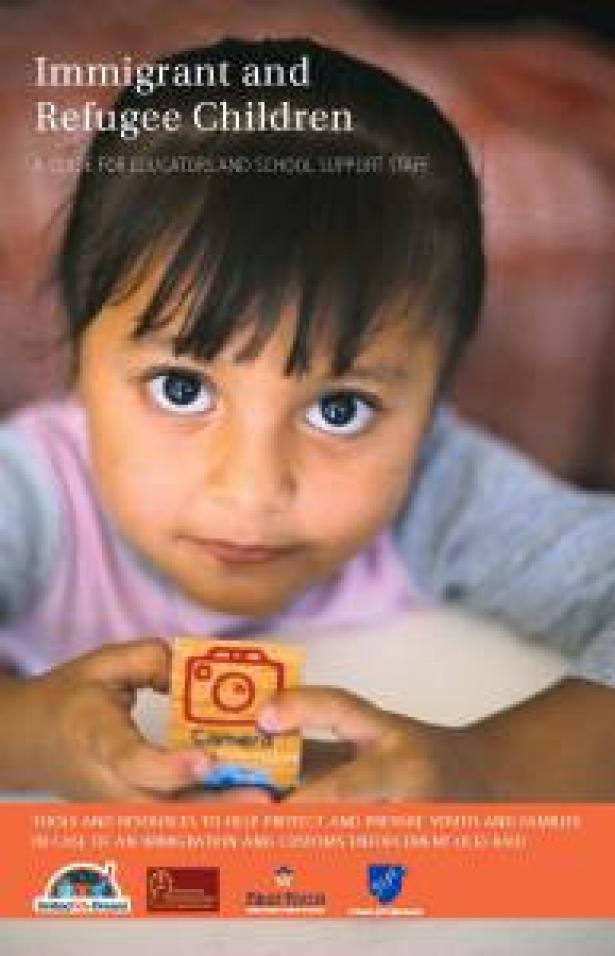 Over the last few months, officials on the U.S.-Mexico border have begun implementing a deliberate policy of the hostage taking of children, ripping kids as young as one year old from their parents at the border and removing them into the byzantine world of detention, foster care, and miscellaneous other systems. Women report their children screaming in terror as strangers forcibly removed and dragged them into vans and then onto places unknown.

The manifest unconcern with the well-being of the children is summed up by John Kelly’s response as to what would happen next. He told an interviewer the kids would be placed in foster care “or whatever,” and explained that the seizing of children was intended as a “tough deterrent” against those trying to cross the border without papers.

Trump has raged against a growing slew of immigrant groups in recent months and has, over the past week, publicly mused about removing would-be-immigrants’ rights to a trial and simply throwing them back over the border. He labels some immigrants as “animals,” and talks about chain migration “breeders,” a language not so far from Hitler’s description of Jews as “bacillus;” long before there was genocide, there was a language of systematic dehumanization and a progressive erosion of basic civil rights for Jews and other minorities.

Last week Trump said that desperate young kids trying to cross the border are “not innocent.” His administration, which has long made it a policy to separate husband from wife at the border, has now begun incarcerating asylum seekers en masse – the poor and huddled masses of our troubled age, people with nothing, who walk hundreds of miles, braving rape, robbery and kidnapping in order to reach a land they have been told is generous and kind and empathetic and law-abiding, only to find that that land’s officers now seize their young children as if they were ill-begotten property forfeit in a drug raid.

Note: The following is text from the U.S. military tribunal verdict in Case No. 47 of what came to be known as the “Subsequent Nuremberg Trials,” a series of trials of lesser known Nazis in the years following the main Nuremberg cases immediately after World War II.

Case No. 47 is known as “The Hostages Trial,” against Wilhelm List and other Nazi officers accused of taking, and punishing, hostages as reprisals for attacks on Germans and German infrastructure. It was tried from July 8, 1947, through Feb. 19, 1948, and reiterated the precedent that simply saying “I was only following orders” was no defense against charges of carrying out clearly immoral actions.

“…The defendants invoke the defensive plea that the acts charged as crimes were carried out pursuant to orders of superior officers whom they were obliged to obey… Superior order is not a defence to a criminal act is a rule of fundamental criminal justice that has been adopted by civilized nations extensively.”

The judgment continued that, “Implicit obedience to orders of superior officers is almost indispensable to every military system. But this implies obedience to lawful orders only. If the act done pursuant to a superior’s orders be murder, the production of the order will not make it any less so. It may mitigate but it cannot justify the crime…The general rule is that members of the armed forces are bound to obey only the lawful orders of their commanding officers and they cannot escape criminal liability by obeying a command which violates International Law and outrages fundamental concepts of justice.”

As numerous journalists and immigration rights attorneys have pointed out, this is absolutely unprecedented, uncharted territory. When Elián González was returned to his father in Cuba, at the end of a gun, in 2000, the image catalyzed outrage around the world; it was used to powerful effect by the GOP in Florida as a mobilizing tool against the Clinton administration and against Gore’s presidential candidacy later that year. Now, a far worse version of the Gonzalez case is occurring on a daily basis, many times a day, across the borderlands; and instead of the kids being sent back to family members, they are being kidnapped by agents of the U.S. government and placed with strangers.

Last month, the New York Times reported that more than 700 children have been taken in this way, and the roundup is intensifying. Immigrant-rights attorneys I spoke with believe another 658 children were taken in this way in one thirteen day period in May alone. This hideous administration has even mused about opening up disused military facilities to warehouse these unfortunate children.

Kelly told an interviewer the kids would be placed in foster care "or whatever" and explained that the seizing of children was intended as a "tough deterent" against those trying to cross the border without papers.

These acts are taking America into the darkest, most anti-democratic, and cruelest moment in its modern history.

We must document these outrages, again and again and again, so that the victims will one day be able to seek justice and legal redress; and our political representatives must make absolutely clear that the men and women who are creating this nightmare will ultimately be held to account for their actions. Attorney General Sessions, DHS Secretary Nielsen, Chief of Staff Kelly may all say they are simply obeying the president’s will to tighten up the border. And the agents who rip children from parents may say they are, in turn, simply obeying the orders of their agency chiefs. But at some point, that excuse of “only obeying orders” wears horribly thin.

I suspect a growing number of honorable ICE and border patrol and social workers other agents involved in carrying out such policies in California and the other border states are developing a fiercely bad conscience. I would bet that many of them find it increasingly hard to sleep at night and increasingly difficult to rationalize what they are doing. It’s likely that they go home and don’t – perhaps can’t – talk about what their jobs now entail. I suspect that many of these men and women feel deep shame at what their government, in our names, is asking them to do.

When the government embraces terror against particular groups, whether or not we work for that government we must all say “not in our name.” If we don’t, if we acquiesce or turn a blind eye, then as a culture, a democracy, we go silently into the dark, lethal night of totalitarianism.

Update: By a vote of 3-2, Sacramento County Supervisors today voted on June 5 to end the contract between the county and ICE to hold immigrants in detention for ICE.

Note: Some 7,500 ICE Agents are represented by ICE Council, part of the American Federation of Government Employees.  The union has taken a position to oppose the smuggling of children.  It has not taken a position on the deliberate separation of families as a deterrent strategy.

[Sasha Abramsky is a Sacramento writer who teaches at UC Davis. His latest book is “Jumping at Shadows: The Triumph of Fear and the End of the American Dream.” He can be reached at sabramsky@sbcglobal.net.]