It’s a once-in-a-blue-moon event for the Working Families Party to tell voters to stay away from our ballot line. But when Joe Lieberman is making an argument for voting on the WFP line, something is very fishy. So how’d we end up here? 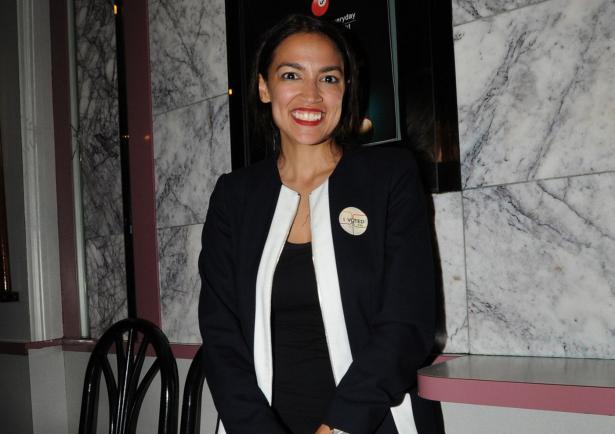 Tuesday, June 24 was a big night for us. WFP-backed candidates won important primaries up and down the ballot. Ben Jealous, the civil-rights leader, rocked the Maryland gubernatorial primary. Dana Balter, an activist professor, defeated the establishment pick in a Syracuse Congressional district. We won upsets in Colorado legislative races.

But the biggest win that night belonged to Alexandria Ocasio-Cortez, who defeated longtime incumbent Rep. Joe Crowley in a Congressional primary. Embarrassingly enough, the WFP wasn't part of it.

Given our long history of battling the center-right of the Democratic Party, it’s fair to wonder why we weren’t in Ocasio-Cortez’s corner from the start.

Here’s the truth: At the moment when WFP leaders in New York had to choose our nominees, we were focused on the prospect of all-out battle with Gov. Cuomo and the so-called “Independent Democrats” who together spent the better part of eight years empowering the Republicans in the state Senate.

The governor had a $30 million war chest and a reputation for seeing politics as a blood sport. With that on our plate, we were reluctant to take on another fight with another powerful Democrat.

At the same time, we saw Crowley moving in our direction on a few key issues. He came out for a $15 minimum wage and Medicare for All, and he stood up for Dreamers. So we endorsed him.

It was a mistake. Ocasio-Cortez knew something we didn’t. She gambled that voters were ready for a candidate who told the truth about our society and economy. Who didn’t mince words about the economic, racial and gender inequality that characterize life in the Bronx and Queens (and America) today. Who would put forward a bold, progressive vision.

In other words, the kind of candidate the WFP is always looking for, even as we were unable to join her in the moment.

On primary night, we were thrilled to see Ocasio-Cortez win, and endorsed her immediately. Our members and supporters will enthusiastically support her in November — on the Democratic Party line.

Why? Because Crowley declined to vacate the WFP line, despite our requests, and so we're stuck with him on the ballot.

Crowley has said repeatedly that he isn’t running, but removing himself from the ballot would have eliminated any doubt.

But he refused, and under New York law, that decision rests in his hands.

Voters in the 14th district will not be confused. But one prominent ex-Democrat is trying to confuse things.

Lieberman, the former Democratic Senator from Connecticut, published a bizarre op-ed last week in the Wall Street Journal. In it, he urged Democrats to vote for Crowley on the WFP line, because Ocasio-Cortez scares the daylights out of conservative Democrats like him.

Lieberman was a leading cheerleader for George W. Bush’s march to war in Iraq. He endorsed John McCain over Obama in 2008, then killed the “public option” during the push to pass the Affordable Care Act. Now, he works for Trump's law firm.

If Ocasio-Cortez represents the future of the Democratic Party, Lieberman represents the worst of its past. It’s infuriating to see him cynically make a case for voting WFP.

Ultimately, his temper tantrum won’t matter. Ocasio-Cortez will win in November, and she will be a leader in the fight for a genuinely multi-racial populism in America.

With some hard work and a little luck, there’ll be many more like her, if we have anything to do with it.

[Dan Cantor is national chair of the Working Families Party.]