Watching the Poor; Centrists in Search of a Majority; Justifying Nativism; Nice Terrorists; Forget and Forgive; One In, Two Out 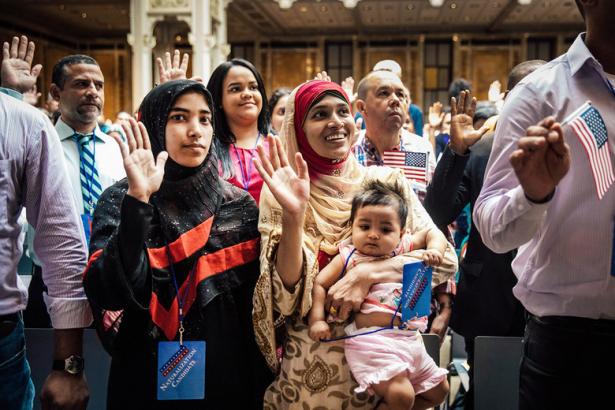 New U.S. citizen Mosammat Rasheda Akter, originally from Bangladesh, holds her 7-month-old daughter, Fahmida, as she recites the oath of allegiance during a naturalization ceremony at the New York Public Library on July 3 in New York City., Drew Angerer/Getty Images

The poor are trapped within a social panopticon that permits and feeds on their constant observation.

There Is No Silent Centrist Majority

The base of the Democratic Party is much further to the left than moderates recognize.

Why Trump’s Hawks Back the MEK Terrorist Cult

The MEK pays tens of thousands of dollars in speaking fees to US officials. Bolton, in particular, is a long-time paid supporter of the MEK.

In the Land of Willful Amnesia

Two leading historians resigned Monday from the University of Virginia’s Miller Center to protest the appointment of a former Trump administration official to a senior fellowship.