The constitutional project ratifies the socialist character of the Island and the role of the Communist Party, but proposes changes in the State's structure, amplifies human rights. 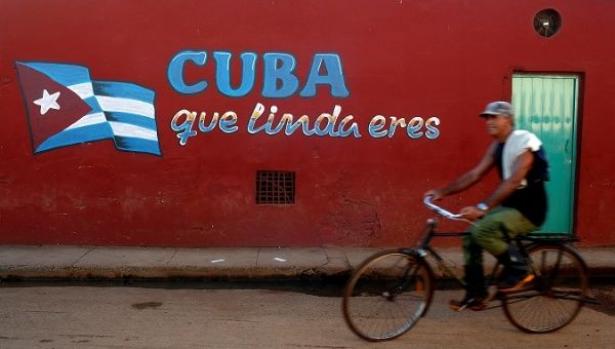 Cubans will discuss their new Constitution in a Popular Consultation process that begins today and marks the 92nd anniversary of Fidel Castro., Reuters FILE

The Cuban people start August 13th to debate the Republic's Constitution project approved by the National Assembly of the People's Power in July. Millions of Cubans will participate in the debate about the new Constitution project, in a solid demonstration of popular democracy, an exercise which coincides with the birthday of late Cuban President Fidel Castro.

The celebrations 92nd birthday of the Caribbean nation hero and leader have greater importance as they are marked by the beginning of the popular consultation on the project of Constitution. Over 15,000 Cubans will work from Monday until November to organize popular assemblies, recollect and regulate the information about the constitutional project, a text composed of 224 articles (87 more than the current Constitution), divided into 11 titles, 24 chapters and 16 sections.

The constitutional project ratifies the socialist character of the Island and the role of the Communist Party, but proposes changes in the state's structure, amplifies human rights and raises to the constitutional rank some principles like the condemnation of terrorism and the promotion of the multilateralism.

After the consultation process, the National Assembly of the People's Power will take into consideration the population's proposals and will present a new draft constitution, that will be submitted for a referendum.

In an unprecedented move, the concept of the Socialist State of Law is incorporated in this project of Constitution, which reinforces institutionality and rule of law as the constitutional supremacy. This new project also includes an economic system that supports as an essential principle the socialist property of the people based on the fundamental means of production and planning but adds the recognition of the markets role and new forms of property other than the state-owned ones.

This new constitution also aims to broaden the access to civil rights and fights furthermore against discrimination. It proposes a new definition of "marriage" as possible for two persons, and not only for a woman and a man. Also, the no-discrimination section (by skin color, sex, race, which existed in the previous constitution), is now broadened to non-discrimination by gender, gender identity, sexual orientation, ethnic origin and disability.

Literacy, universal education, zero child malnutrition, universal access to health and the sports as a right, are five ways in which Fidel's legacy has changed Cuba and are present in the project of Constitution presented by the National Assembly.

For young Cuban Nadia Hernandez, there is no better tribute for the historical leader of the Cuban Revolution than this exercise, as it highlights the democratic character of the social and humanist project alive in the island since 1959, when the "Barbudos" lead by Fidel defeated the U.S.-backed dictatorship of Fulgencio Batista, Hernandez said according to Prensa Latina.