labor Pay No Attention to the Inequality Behind the Curtain! 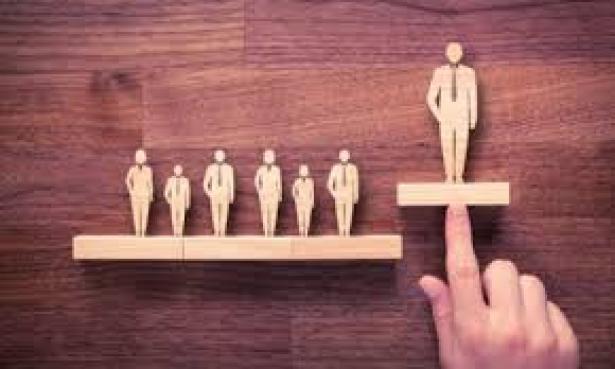 “The CEO-Pay-Gap Rule Is Worse Than Useless, But Could Be Impossible To Stop,” Investor’s Business Daily, July 7, 2017

It could have been a scene straight out of The Wizard of Oz.

This spring the Securities and Exchange Commission (SEC) began releasing data that exposes the unthinkably high ratio of CEO pay to that of their employees—4,987-to-one in one case. Then corporate critics shouted in near unison to pay no attention to those figures behind the curtain: They are misleading, ginned up merely to inflame class hatred, and sure to be a real downer for workplace morale. But despite the complaints of the defenders of the status quo, the SEC figures accurately portray just how unequal U.S. corporate compensation has become.

That should be enough to arouse your wrath, whether you live in Oz, in Kansas, or anywhere else.

In 2018 publicly held corporations for the first time had to report not just how much their CEOs make, but also the median salary of their employees, as part of the Dodd-Frank Wall Street Reform and Consumer Protection Act of 2010. For many corporations, these direct estimates revealed just how out of line the compensation of their CEOs was with that of their workers.

The SEC data confirmed that the average ratio of CEO to worker compensation was strikingly lopsided, much as earlier indirect estimates had suggested. For many years, the AFL-CIO’s Executive Paywatch has calculated the ratio of CEO and worker pay by comparing the average compensation of CEOs of companies in the Standard & Poors (S&P) 500 stock index to average earnings of production and nonsupervisory employees. Back in 1980 that ratio was 42-to-one. By 2017 it was 361-to-one—meaning CEOs make nearly as much in a day as a typical employee does in a year.

Equilar, a leading firm that benchmarks executive compensation, used the new SEC data to report that the ratio of executive compensation to the reported median compensation for workers at the 500 largest companies on the major U.S stock exchanges averaged 166-to-one. While lower than the AFL-CIO and EPI estimates, the SEC documentation of a massive pay gap between CEOs and the typical worker is far harder to dismiss.

What the SEC estimates revealed about CEO and worker compensation at individual firms was especially damning. The toy maker Mattel, whose CEO Margo Georgiadus made $31.3 million in 2017 while the median annual compensation of its employees was just $6,271, registered the highest ratio of CEO to worker compensation, a stunning 4,987-to-one. A total of 11 companies in the S&P 500 posted ratios of CEO-to-worker compensation in excess of 1000-to-one. After Mattel, the list includes McDonald’s at 3,101-to-one, the Gap at 2,900-to-one, and Wal-Mart with a ratio of 1,188-to-one, among other well-known brands. The CEO pay gap for retail trade companies in the S&P 500 averaged 800-to-one. At Hanesbrands, the attire and sportswear company, median annual worker pay was just $5,237.

As Bad as It Looks

Corporate critics nonetheless railed against the SEC findings. One critic called the SEC ratios “bigotry against the successful.” Others dismissed them as “fundamentally flawed” or “useless.”

Their objections turned around two claims. First, the SEC calculations are “ill-suited” for making a fair comparison between companies in different industries and differing business models. The SEC itself had warned that “there are significant limitations to using the pay ratio information for comparative purposes.” Second, the SEC rules for calculating median pay are especially biased against businesses that rely on seasonal and part-time workers.

The other reason the CEO pay ratio is so high for retail trade companies, two-and-a-half times that in the next largest industry group in the S&P 500, is because the median pay for retail workers is so low. The National Retail Federation, however, insists that the reported median salaries for retail companies are so low because the SEC rules count the pay of part-time, temporary, and seasonal workers without annualizing their salaries. They are convinced that the median pay in retail sales would otherwise have been on a par with salaries with other industries.

But the calculations of Mark Matthews of the National Retail Federation suggest otherwise. By counting only full time workers—which includes managers as well as designers and leaves out much of the sales staff—Matthews was able to lift their median pay rose to $50,000. While typical for the consumer good industry, even that salary is below the median salary in the other industry groups of the S&P 500. When economists Robert Posen and Kashil Aqdeer made a more careful attempt to “fix” the median salary for one retail company, its median annual pay rose to $23,133. With that higher median salary, the company’s CEO pay gap fell from 408 to 263, but was still well above the average ratio of 166 for the 500 largest companies.

More fundamentally, despite the complaints of the corporate critics, the reported CEO pay gaps for these companies are instructive about how their business practices perpetuate inequality. Nearly a third (31%) of retail employees work part-time, far greater than the 17% for workers in other industries. Retailers also rely on a poorly paid “flexible” workforce with a large number of temporary and seasonal workers. Treating those employees as if they worked full-time ignores that wage structure. In addition, while the SEC guidelines take into account pay for U.S. and non-U.S. employees, they exclude the pay of workers who are employed by a third party. That lets retailers off the hook for the rock-bottom wages that contractors in the developing world pay to the workers who make the garments, sneakers, and the other goods they sell. Corporate critics are also concerned that CEO pay ratio disclosure will put employee morale at risk. When half the workforce learns that their compensation is below the median, the critics worry that job satisfaction, engagement, and performance could suffer.

Their concerns, however, were expressed with a healthy dose of condescension and self-interest. One consultant suggested that “companies take the opportunity to educate their workforce on the basics of compensation and why comparisons are an unproductive exercise.” Pretty good advice for any company trying to protect the gaping inequalities of the status quo.

Finally, with such lavish compensation, you might expect some wizardry out of the executive corner office. But Harvard Business School professor Ethan Rouen was unable to find a “statistically significant relation between the ratio of CEO to mean employee compensation and accounting performance.” And Samuel Block’s research for MSCI, a data analytics firm for investors, found, “Operating profit margins at companies with low pay gaps in the consumer staples industry significantly outperformed companies with high gaps in pay between 2009 and 2014.”

Portland, Ore., recently imposed a tax penalty for high CEO pay ratios—a 10% business tax surcharge on companies with pay gaps above 100-to-one and a 20% surcharge of firms with pay gaps that exceed 250-to-one.

There are more radical solutions, too. Sam Pizzigati, who co-edits Inequality.org, recently reminded us that in 1942, shortly after the attack on Pearl Harbor, President Roosevelt asked Congress to establish a maximum income. He called for a 100% top income tax that would leave no individual with more than $25,000 of annual income—about $375,000 today—after taxes.

More progressive taxes instead of tax giveaways for corporations are surely needed. And, as even The Economist now argues, we need labor policies that increase the bargaining power for workers by helping to combat wage stagnation. That’s the kind of wizardry we could use today.

JOHN MILLER is a professor of economics at Wheaton College and a member of the Dollars & Sense collective.