food Bringing Farming Back to Nature

Agroecology isn’t rocket science. It simply takes full advantage of nature’s assets, drawn from the farm itself and surrounding ecosystems, to grow food 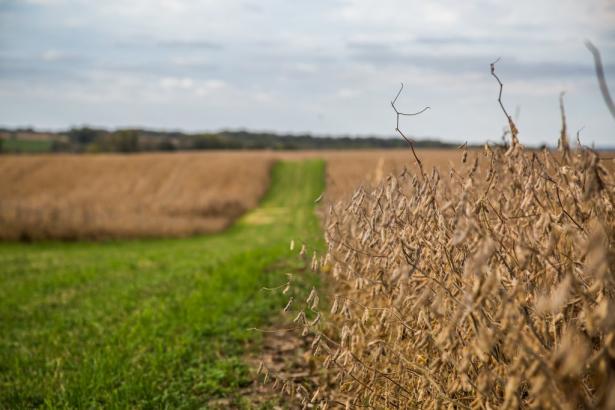 Agroecology, which places ecological science at the center of agriculture, is a scrappy movement that’s taking off globally, Ryan Donnell for The New York Times

Farming the land as if nature doesn’t matter has been the model for much of the Western world’s food production system for at least the past 75 years. The results haven’t been pretty: depleted soil, chemically fouled waters, true family farms all but eliminated, a worsening of public health and more. But an approach that combines innovation and tradition has emerged, one that could transform the way we grow food. It’s called agroecology, and it places ecological science at the center of agriculture. It’s a scrappy movement that’s taking off globally.

Representatives of more than 70 countries gathered in Rome recently to discuss this approach to creating a healthier and more sustainable food system. (We were there.) It was an invigorating and encouraging gathering, made more so when José Graziano da Silva, the director general of the United Nation’s Food and Agriculture Organization, called for “transformative change toward sustainable agriculture and food systems based on agroecology.”

Agroecology isn’t rocket science. It simply takes full advantage of nature’s assets, drawn from the farm itself and surrounding ecosystems, to grow food. But in a $5 trillion food system dominated by ever-growing corporate giants, an endorsement from the U.N.’s top food official for farmers to use compost as fertilizer, to take steps to attract pollinators as well as predators that consume agricultural pests and to grow complementary crops for soil health is a significant poke in the eye to a cynical, essentially self-regulating agriculture industry. It’s an industry that would have us believe that we need rocket science to grow a carrot.

Much of the world is waking up to the costs of the industrial approach that defines most of American agriculture, with its addiction to chemicals and monoculture. A new reckoning known as true cost accounting is putting dollar figures on industrial agriculture’s contribution to soil erosion, climate change and public health. At the same time, more and more countries — pushed by networks of small and medium-size farmers like La Via Campesina — are actively shifting to policies and investments that support agroecological food systems.

In India, the state of Andhra Pradesh, home to 50 million people, is investing $200 million to convert its farmers to the agroecological practice known as zero budget natural farming, which uses from-the-farm nutrients to grow crops without using costly chemical fertilizers or pesticides, which can push farmers into debt. More than 100,000 farmers there are already using this method, and an estimated 500,000 farmers in 3,000 villages will have moved to this method by the end of this year, three years ahead of schedule, according to organizers. The government plans to invest $2.3 billion to expand it to six million farmers within five years.

In Africa, the African Centre for Biodiversity, a research and advocacy organization, has urged the Tanzanian government to phase out subsidies for chemical fertilizers and speed a transition to agroecology through support to small farmers. In Ghana, the Centre for Indigenous Knowledge and Organizational Development, a nongovernmental organization, is working with local chiefs to promote sustainable forestry practices that restore soil moisture to slow the encroaching Sahel desert.

Both organizations were vocal in Rome and are part of the Alliance for Food Sovereignty in Africa, a network that pushes governments to pass laws that ensure real food security by supporting farmers to breed and distribute climate-resilient seed varieties. In West Africa, France is planning to spend eight million euros to advance agroecology. (The United States Agency for International Development should take note.)

In the Americas, the Agroecology Collective in Ecuador is strengthening a network of municipal farmers’ markets to achieve a national goal of food sovereignty that is enshrined in the country’s Constitution. The Mexican presidential candidate Andrés Manuel López Obrador, currently leading in the polls, has endorsed a plan to make agroecological principles the guiding force behind Mexican agriculture.

Rich countries are also getting onboard. France has committed one billion euros to help a majority of its farmers adopt agroecological practices by 2025 through training, support and research and development. And in the United States, the Good Food Purchasing Program has developed a system that helps cities and large institutions direct their buying power to locally and sustainably grown food. It has already been adopted by the cities of Los Angeles, San Francisco and Chicago. (We’re hoping New York City will be next, with several other cities in the wings.)

These undertakings are even more encouraging because they are just a few of many examples around the world of fostering agroecology, often in the face of an industry-led system of farm and corporate subsidies that tilt the playing field for agribusiness and large-scale, chemical-dependent, single-crop commodity farms.

Big agriculture reacts to agroecology by painting it as nice, but quaint, certainly not up to the job of feeding the world. (Of course industry recognizes agroecology’s power, as seen by its increasingly greenwashed marketing.) But agroecology is based 100 percent on science and on-the-farm experimentation, with its roots in the practices of farmers who know their land and crops, and the scientists who work with them to improve their

A 30-year-long comparison by the Rodale Institute of organic and chemical agriculture in the production of corn and soybeans found that, after an initial decline in the first few years of the transition from chemicals, the organic method “rebounded to match or surpass the conventional system.” And rather than treating soil like a strip mine, these practices regenerate soil fertility biodiversity.

Growing more and more corn and soy per acre is a terrible measure of success when it comes at the cost of destroying soil and damaging health. Agroecology measures its success by a yardstick that includes not only bushels and calories but by how well food nourishes people while regenerating soil and water and helping more farmers make a good living. Agroecological techniques also sequester carbon (industrial methods release it); encourage multicropping, which regenerates the ecology of the soil instead of depleting it; preserve local seed varieties instead of replacing them with patented, unaffordable varieties; sustain local food cultures and people; support local businesses operating close to farms; and create jobs.

Agroecology is more than a set of clean techniques: It’s an ethos that encourages defining what a food system really should be. If we believe that food production should be about keeping people and the planet healthy, we need nothing less than to reboot the current industrial system and to create one that includes securing land tenure for farmers and indigenous people, making local markets work for small- and medium-scale farmers as well as consumers and workers, and practicing more public policies like the Good Food Purchasing Program.

What was discussed in Rome won’t stay in Rome. This movement is not only right, it’s alive and growing.

Daniel Moss is executive director of the AgroEcology Fund, which supports agroecological practices and policies. Mark Bittman, a former columnist for The New York Times, is a lecturer at the Mailman School of Public Health at Columbia.