How the F.B.I. Will Investigate the Kavanaugh Accusations

It is not clear how far the F.B.I. will go in pursuing questions related to the accusations like the extent of Judge Kavanaugh’s drinking in high school and college. 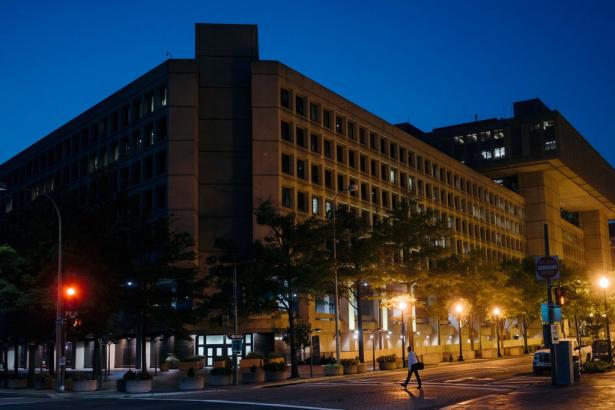 Former prosecutors said that because it is not a criminal investigation, F.B.I. agents will not be able to get search warrants or grand jury subpoenas compelling witnesses to testify or hand over documents. Witnesses and others can refuse to cooperate, though talking to an F.B.I. agent is often a powerful motivator to tell the truth.

At a Senate hearing on Thursday, Judge Kavanaugh forcefully denied accusations of sexual misconduct. One of his accusers, Christine Blasey Ford, told senators that he drunkenly pinned her on a bed during a party on a summer night in 1982, tried to take off her bathing suit and covered her mouth to keep her from screaming.

Republicans have said for days that an additional F.B.I. background check was unnecessary but reversed course on Friday after Senator Jeff Flake, Republican of Arizona, said he would not vote to confirm Judge Kavanaugh without one. With a closely divided Senate, Republicans had little choice, and President Trump ordered the background check.

This is familiar territory for the F.B.I. As part of a routine background check, agents examined domestic abuse allegations against Rob Porter, the White House staff secretary, and provided the information to the White House. Mr. Porter, who has denied the accusations, was forced to resign this year.

Here is what you need to know:

What has the F.B.I. already examined about Judge Kavanaugh?

In Thursday’s hearing before the Senate Judiciary Committee, Judge Kavanaugh pointed to “six separate F.B.I. background investigations over 26 years.” For background checks of federal judicial nominees, agents typically focus on their professional lives. According to former F.B.I. officials, agents must interview a minimum of 30 people with whom nominees worked, including judges, lawyers and law enforcement officials. Agents would also talk to anyone else whom those people suggested they interview.

What could agents examine about Dr. Blasey’s allegation?

The F.B.I. can follow several leads. They can interview Mark Judge, Leland Keyser and P.J. Smyth, high school friends of either Dr. Blasey or Judge Kavanaugh. Dr. Blasey has said they were at the party. Mr. Judge said on Friday that he would be willing to talk to law enforcement officials.

Agents could also investigate several details that could corroborate Dr. Blasey’s story. Weeks after she was assaulted, Dr. Blasey said, she saw Mr. Judge at a local Safeway grocery store. In his book, “Wasted,” Mr. Judge wrote that he worked as a bag boy in a local supermarket. The F.B.I. could ask either Safeway or Mr. Judge for employment records to determine whether he worked there during that period.

If they find any records, they could bolster Dr. Blasey’s credibility and potentially narrow the window of time in which the assault could have happened.

Agents could also study Judge Kavanaugh’s calendars from the summer of 1982 for possible dates and locations for a party like the one Dr. Blasey described and ask Columbia Country Club — where Dr. Blasey said she swam earlier that day — for visitor logs or other records dating to that summer.

And they could check municipal housing records from 1982 for homes of high school friends of Dr. Blasey or Judge Kavanaugh with floor plans that might match descriptions Dr. Blasey has given: a narrow staircase, a bedroom at the top of the stairs with a bathroom directly across from it, and a front door that would have required her to exit by passing through the living room.

What about investigating the allegations of other women?

In addition to investigating Dr. Blasey’s claims, the bureau is looking into accusations against Judge Kavanaugh by at least one other woman, according to a person familiar with the background check.

That woman, Deborah Ramirez, has said that Judge Kavanaugh exposed himself to her during a night of drinking when they were both freshmen at Yale. Agents could interview Judge Kavanaugh’s college friends, roommates and fraternity brothers about his drinking habits at Yale, asking questions about parties in Lawrance Hall, where he lived that year and where Ms. Ramirez said the episode occurred.

Agents could also request student records from Yale that might contain disciplinary violations and any medical records from hospitals in and around New Haven that might reveal nights of heavy drinking. Though no one has publicly accused Judge Kavanaugh of any acts that prompted disciplinary measures at Yale or spoken of hospitalizations, universities and hospitals are typical sources of information in background checks.

A third woman, Julie Swetnick, has said that Judge Kavanaugh attended multiple parties in high school where he plied women with alcohol to try to take advantage of them. F.B.I. agents could interview a broader circle of alumni from Judge Kavanaugh’s and Ms. Swetnick’s high schools in suburban Washington to determine whether such parties took place.

It is not clear how far the F.B.I. will go in pursuing questions related to the accusations like the extent of Judge Kavanaugh’s drinking in high school and college.

Will the F.B.I. figure out the truth?

That will be difficult. The allegations are decades old, and the key witness to Dr. Blasey’s account, Mr. Judge, has also denied it. Memories have faded, and documents or other information might not exist anymore. And not everyone tells the F.B.I. the truth.

But Robert Cromwell, a former agent who oversaw these types of investigations, which are known at the bureau as special presidential inquiries, said he would expect the F.B.I. to follow every lead. “They will report what the results are — whether they are exculpatory or not,” he said. “The results will stand on their own.”

The F.B.I. interview summaries, called 302s after the number of the form that agents fill out, are likely to be dry and factual. Some agents could note any changes in witness behavior if they find them meaningful. Any material contradictions would be noted in the summary of an interview. That information would ultimately be provided to the White House.

Can the F.B.I. finish investigating in a week?

It’s not impossible. The F.B.I. has plenty of experience mounting large investigations and getting results quickly. In the days and weeks after terrorism attacks or mass shootings, the F.B.I. has completed hundreds of interviews and processed mountains of evidence, like video footage or the contents of computers and phones.

In this case, the F.B.I. is likely to make the investigation a top priority, instructing agents across the country to conduct interviews. “The F.B.I. investigation can easily be done in a week,” said Lauren C. Anderson, a former top F.B.I. official.

Will anyone believe the F.B.I.?

Once again, the F.B.I. has been thrust into a politically fraught moment.

The bureau has been the target of Mr. Trump’s fury since before he became president, claiming without evidence that a cabal of F.B.I. officials was against him. He has called the investigation into whether any of his associates conspired with Russian’s election interference a witch hunt and a hoax, prompting concern among agents that he has damaged the F.B.I.’s credibility.

Now, some Republicans have dismissed the allegations against Judge Kavanaugh as nothing more than a political smear to derail his nomination. And Democrats are demanding a credible investigation before his nomination comes to a vote.

Republicans and Democrats alike are all but certain to seize on the F.B.I.’s findings to bolster their cases, and some current and former agents fear that politics will drown out any truth uncovered by the investigation. Nonetheless, James A. Gagliano, a former agent, said on Twitter, the background check is the “right path forward.”

A version of this article appears in print on Sept. 29, 2018, on Page A14 of the New York edition with the headline: No Warrants or Subpoenas, but Plenty of Leads for Agents to Follow. Subscribe