Before His Early Death, Riemann Freed Geometry from Euclidean Prejudices

Riemann recast the mathematical world’s view of algebra, geometry and various mathematical subfields — and set the stage for the 20th century’s understanding of space and time. 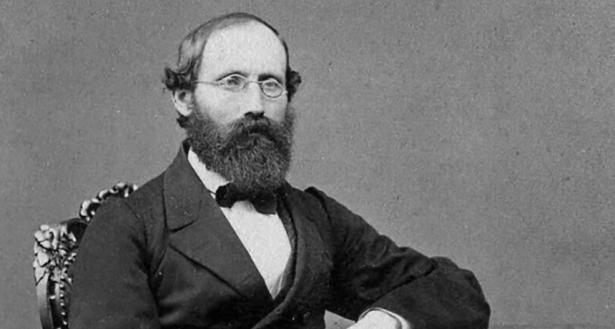 CUT SHORT Bernhard Riemann did a lot more than come up with his eponymous hypothesis, and if he hadn’t died young, he might have rivaled Einstein and Newton., Familienarchiv Thomas Schilling/Wikimedia Commons

Bernhard Riemann was a man with a hypothesis.

He was confident that it was true, probably. But he didn’t prove it. And attempts over the last century and a half by others to prove it have failed.

A new claim by the esteemed mathematician Michael Atiyah that Riemann’s hypothesis has now been proved may also be exaggerated. But sadly Riemann’s early death was not. He died at age 39. In his short life, though, he left an intellectual legacy that touched many areas of math and science. He was “one of the most profound and imaginative mathematicians of all time,” as the mathematician Hans Freudenthal once wrote. Riemann recast the mathematical world’s view of algebra, geometry and various mathematical subfields — and set the stage for the 20th century’s understanding of space and time. Riemann’s math made Einstein’s general theory of relativity possible.

“It is quite possible,” wrote the mathematician-biographer E.T. Bell, “that had he been granted 20 or 30 more years of life, he would have become the Newton or Einstein of the nineteenth century.”

Riemann’s genius developed despite unpromising circumstances. Born in Bavaria in 1826 the son of a Protestant minister, he was poor and often sick as a child. Bernhard was homeschooled until his teenage years, when he moved to live with a grandmother where he could attend school. Later his mathematical aptitude caught the attention of a teacher who provided Riemann a nearly 900-page-long textbook by the legendary French mathematician Adrien-Marie Legendre to keep the precocious student occupied. Six days later, Riemann returned the book to the teacher, having mastered its contents.

When he entered the University of Göttingen, Riemann began (at his father’s urging) as a theology student. But Göttingen was the home of the greatest mathematician of the era, Carl Friedrich Gauss. Riemann attended lectures by Gauss and dropped theology for mathematics. More advanced math instruction was available at Berlin, where Riemann studied for two years before returning to Göttingen to finish his math Ph.D.

Nowadays a Ph.D. is generally considered impressive, but in Germany back then it was only step one toward qualifying for a job. Step two was conducting and reporting advanced work on a specialized topic, to be delivered as a lecture to a university committee. Gauss encouraged Riemann to report on a new approach to geometry. Riemann titled his lecture on the topic, presented in 1854, “On the Hypotheses which Lie at the Foundations of Geometry.”

In that lecture, Riemann cut to the core of Euclidean geometry, pointing out that its foundation consisted of presuppositions about points, lines and space that lacked any logical basis. As those presuppositions are based on experience, and “within the limits of observation,” the probability of their correctness seems high. But it is necessary, Riemann asserted, to “inquire about the justice of their extension beyond the limits of observation, on the side both of the infinitely great and of the infinitely small.” Investigating the nature of the world, he said, should not be “hindered by too narrow views,” and progress should not be obstructed by “traditional prejudices.”

Freed from Euclid’s preconditions, Riemann derived an entirely different (non-Euclidean) geometry. It was this geometry that provided the foundation for general relativity — Einstein’s theory of gravity — six decades later.

Riemann’s insights stemmed from his belief that in math, it was important to grasp the ideas behind the calculations, not merely accept the rules and follow standard procedures. Euclidean geometry seemed sensible at distance scales commonly experienced, but could differ under conditions not yet investigated (which is just what Einstein eventually showed).

Riemann’s geometrical conceptions extended to the possible existence of dimensions of space beyond the three commonly noticed. By developing the math describing such multidimensional spaces, Riemann provided an essential tool for physicists exploring the possibility of extra dimensions today.

He made many other contributions to a wide range of technical mathematical issues. And he took great interest in the philosophy of mathematics (as Freudenthal said, had he lived longer, Riemann might eventually have become known as a philosopher). Among his most famous technical ideas was a conjecture concerning the “zeta function,” a complicated mathematical expression with important implications related to the properties of prime numbers. Riemann’s hypothesis about the zeta function, if true, would validate vast numbers of additional mathematical propositions that have been derived from it.

Riemann performed many calculations leading him to believe in his hypothesis, but did not find a mathematical proof before his early death. In fact, he spent much of the last four years of his life under the duress of tuberculosis, seeking relief by long stays in the more comfortable climate of Italy. He died there on July 20, 1866, two months before he would have turned 40.

Had he lived as long as Michael Atiyah (age 89), maybe Riemann would have proved his hypothesis himself.

In addition to Science News, his work has appeared in Science, Nature, Astronomy, New Scientist and Smithsonian. Previously he was the science editor of The Dallas Morning News. He is the author of three books: The Bit and the Pendulum, (Wiley, 2000); Strange Matters (National Academy of Sciences’ Joseph Henry Press, 2002); and A Beautiful Math (2006, Joseph Henry Press).

Tom was born in Lakewood, Ohio, and grew up in nearby Avon. He earned an undergraduate degree from Texas Christian University with majors in journalism, chemistry and history, and has a master of arts with a major in journalism and a minor in physics from the University of Texas at Austin.

His awards include the American Geophysical Union's Robert C. Cowen Award for Sustained Achievement in Science Journalism, the Science-in Society award from the National Association of Science Writers, the American Association for the Advancement of Science-Westinghouse Award, the American Chemical Society’s James T. Grady-James H. Stack Award for Interpreting Chemistry for the Public, and the American Institute of Physics Science Communication Award. He is currently on the board of directors and serves as treasurer for the Council for the Advancement of Science Writing.