The National Prisons Strike Is Over. Now Is When Prisoners Are Most in Danger. 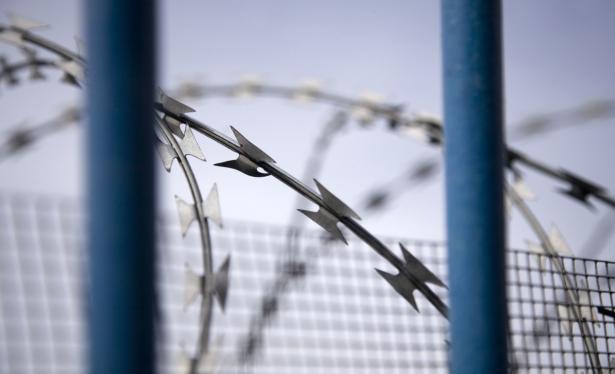 Over the last few weeks men and women across the United States – and even as far away as Nova Scotia, Canada – have protested to demand humane treatment for the incarcerated.

In 2016, when prisoners engaged in similar hunger strikes, sit-ins, and work stoppages, their actions barely registered with the national media. As someone who regularly writes about the history of prisoner protests and prison conditions today, this lack of interest was striking.

This time around, though, prisoner demands to improve the conditions of confinement have captured the attention of reporters everywhere. Coverage can be found in such major newspapers as The Washington Post and The New York Times. Popular magazines such as GQ and Teen Vogue have also published pieces.

All seem to sense that American prisons may well be descending into crisis, so perhaps it is time to start paying attention.

That our institutions of confinement are in a state of emergency is, in fact, not new. When prisoners tried to tell us this when they erupted in 2016, it was perhaps still possible to imagine that the abuses they suffered might soon be addressed by a seemingly robust bipartisan criminal justice reform effort in Washington, D.C.

Today, however, with Donald Trump in the White House and Jeff Sessions heading the Department of Justice, it is much harder to conjure up such optimism. News of seven horrific prisoner deaths at Lee Correctional Facility in South Carolina last April made it quite clear that corrections officials are still failing to ensure prisoner safety and haven’t made the conditions inside their institutions any less brutal. This time, with politicians so noticeably less vocal about this vital issue, prisoners alone are calling the public to action.

That their determination to be heard is finally striking a chord, is good news for our nation.

Prisons and detention centers exist and operate in the name of the public good. Americans want to believe these institutions make our society safer by upholding the rule of law.

Yet, as those locked up keep telling us in the most painful and graphic detail, these places are barbaric. They do far more harm to society than good. These are places where men, women and children are placed in solitary confinement for periods considered torture by medical experts.

These are places where human beings are fed too little, are denied access to basic medical care, and are raped, abused and even killed.

These are places where children behind bars are increasingly isolated from their parents, and where parents behind bars find it almost impossible to connect with their kids, thanks to companies who charge usurious rates for calls, and push states to allow only “video visitations.” These myriad abuses take place in taxpayer-funded institutions, and can only happen because the public is utterly shut out.

And so, it is indeed positive that the media is finally shining light on what prisoners need in order to survive their time. They need “immediate improvements to conditions of prisons and prison policies that recognize the humanity of imprisoned men and women,” and also an end to prison slavery as well as real rehabilitation programs.

Prisoners also want to end to severe racial discrimination evident in our nation’s policing practices, laws and sentencing guidelines. And they are calling for the rescinding of 1996’s Prison Litigation Reform Act, which has made it difficult for prisoners to seek legal help.

But what happens next is also critical.

It is when the headlines fade, and prisons once again slip from the public’s consciousness that prisoners are in the most jeopardy.

Consider the brutal aftermath of the Attica Prison Uprising in 1971, when nearly 1,300 men took over that facility in upstate New York to call the nation’s attention to the inhumane conditions inside. As the state moved in to retake the facility, state troopers shot 128 men and killed 39 –prisoners and hostages alike. Countless other men were then tortured.

Or consider the reprisals experienced by prisoners in facilities such as Michigan’s Kinross prison in 2016.

And, of course, there is what the men in South Carolina’s Lee Correctional are enduring even now as you read these words – lockdowns 24/7 in 6x8 cells, insufficient food, and lack of basic and desperately needed medical care.

It is the responsibility of anyone who has voted for prison construction in their communities to know what happens in those institutions, particularly since this country has locked up more people in the last 40 years than ever before in its history – more than in any other country. We must pay attention to which companies benefit from such a harsh criminal justice system, and recognize the devastatingly high price that certain communities have paid for that same system to exist. And, because it ensnares so many of our most vulnerable citizens, we must insist that those inside be treated lawfully and humanely.

Heather Ann Thompson is Professor of History and Afroamerican and African Studies, University of Michigan