labor Amazon Raises Minimum Wage For US And UK Employees

Amazon has raised its minimum wage for British and American workers, in a major milestone for campaigners pushing for pay increases to tackle rising levels of poverty and inequality. 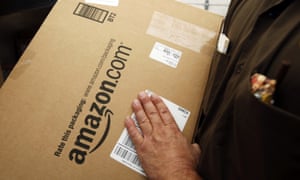 Amazon has raised its minimum wage for British and American workers, in a major milestone for campaigners pushing for pay increases to tackle rising levels of poverty and inequality.

Jeff Bezos, the multi-billionaire founder of the e-commerce company who is also the richest man in modern history, said: “We listened to our critics, thought hard about what we wanted to do, and decided we want to lead.

“We’re excited about this change and encourage our competitors and other large employers to join us.”

Lifting the minimum wage is designed to tackle the firm’s critics head on. But some economists said the move was becoming a necessity as a result of labour shortages on both sides of the Atlantic.

Amazon’s new UK minimum pay rates, which will take affect on 1 November, are at least 21% higher than the current national minimum wage of £7.83. The new rate is also higher than the level recommended by the Living Wage Foundation of £8.75, or £10.20 in London.

The current minimum for Amazon’s British workers is £8 an hour, meaning a pay rise of at least 28% in London and 18% elsewhere, well above the rate of UK inflation. The lowest paid US workers currently get $11 an hour, meaning an increase of 36%.

Amazon has faced intense criticism in recent years over pay, working conditions and the company’s tax affairs around the world, which critics claim have helped it undercut traditional retailers. Protests took place across Europe this summer by workers demanding higher pay. However, the company said there were no plans for pay rises in countries other than the UK and the US

Bernie Sanders, one of the company’s most vocal critics, said other companies should now follow Amazon’s lead.

News of the pay increase comes only a day after Philip Hammond, the UK chancellor, said Britain was ready to put a new digital tax on web companies. Donald Trump has also attacked Amazon for its tax affairs in an ongoing spat with Bezos.

Last month, the Archbishop of Canterbury, Justin Welby, attacked Amazon for not paying the living wage and said the company “leeched off the taxpayer” by paying too little in tax.

The new US and UK minimum wage will apply to all workers, full and part-time, seasonal employees and temporary workers hired by recruitment agencies.

Union leaders welcomed the move but said Amazon still needed to improve its employment practices. Observers pointed out that a US worker on the $15 minimum would need to work for at least 133 hours to buy just one share in the $1tn company.

Jeremy Corbyn, the Labour leader, said trade union pressure had prompted the pay rise, adding: “The fight goes on to improve working conditions and get this company to pay its fair share of taxes.”

Undercover reports have found some Amazon workers needing to urinate in plastic bottles for fear of missing draconian productivity targets, with life in its warehouses described as being akin to a prison sentence.

Frances O’Grady, the TUC general secretary, said raising the minimum wage was only a start and shouldn’t be seen as an act of generosity.

“If Amazon is really serious about looking after its workforce it must recognise trade unions. And it must end the exploitative working practices that have seen hundreds of ambulances called to its UK warehouses,” she said.

Amazon rejected criticisms about its working environment and its attitude to trade unions, insisting it pays all taxes due. In a statement it said: “Amazon is a safe place to work. According to the UK government’s Health and Safety Executive, Amazon has 43% fewer injuries on average than other transportation and warehousing companies in the UK.”

It added: “We pay all taxes required in the UK and every country where we operate.” It also added: “We respect the individual rights of our associates to join a union.”

American workers, led by those in the fast-food industry, have been demanding an increase in the minimum wage as part of the Fight for $15campaign. The US federal minimum wage, set in 2009, is $7.25, which Amazon said it would now lobby to have increased.

Walmart increased wages for its 1 million workers to a minimum $11 an hourearlier this year, while Target, another US retailer, has raised minimum pay to $12 an hour and has promised $15 by 2020.

Falling levels of unemployment in the US have started to help workers demand higher pay, leading to the fastest wage rises in nine years.

In the UK a slowdown in the number of EU workers arriving since the Brexit vote, together with record job vacancies, has made it harder for UK companies to find staff, with potential to force companies to increase pay. Retailers including Amazon are also likely to need more staff ahead of the Black Friday and Christmas shopping season.