As of 2016, about 80% of people in genetic studies were of European descent. We know humans originated in Africa but we don’t know what we did before we emigrated — we don't know our own history. 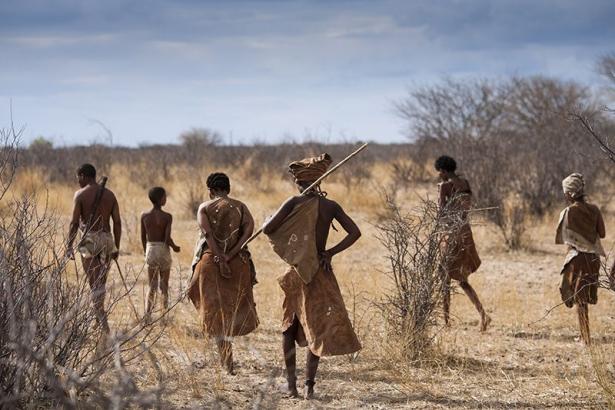 Ethnic groups in Africa, including San communities in Botswana, are working with scientists to unravel early human history on the continent., Christophe Courteau/Gamma-Rapho/Getty

Humankind’s early history in Africa is coming into sharper focus with a new study of 180 genomes from a dozen ethnic groups on the continent — some of which have never before been analysed.

These preliminary results suggest that more than 40,000 years ago, two of the groups — the San and the Baka Pygmy — were roughly twice the size of other ethnic groups present at the time, and that the San and Baka overlapped in central-eastern or southern Africa. Researchers presented these as-yet unpublished results at an American Society of Human Genetics (ASHG) meeting in San Diego, California, last week.

This is the most comprehensive whole-genome sequencing from groups that represent the ancestral diversity of humans, says Sarah Tishkoff, a human geneticist at the University of Pennsylvania in Philadelphia, who co-led the project. Together with genetic analyses of ancient human remains from Africa published last year1,2, the latest data are starting to fill in the nearly blank canvas of early human history.

Although Homo sapiens originated in Africa roughly 250,000 to 315,000 years ago, geneticists have devoted their attention almost exclusively to the small subset of Africans that migrated north to Europe tens of thousands of years later. A handful of African genomics projects are now beginning to address this imbalance.

In 2009, Tishkoff and her colleagues published a study3 assessing small sections of the genome from people belonging to about 100 of the more than 2,000 ethnic groups in Africa today. The results suggested that the San and the Baka might have descended from a single lineage of hunter-gatherers. But Tishkoff needed whole genomes from them and other ethnic groups to test this idea.

Her team spent years getting approvals for the project from government and institutional ethical review boards in countries in eastern, southern and western Africa. Tishkoff and her colleagues partnered with local researchers and spoke about genetics with the communities that they hoped to enrol in the project, explaining what the scientists and the groups could learn about their early ancestry. Many of the communities live in remote regions — such as the Sabue people of southwestern Ethiopia — and geneticists know little about them.

Genomics research in Africa can be contentious, and many scientists engage in such outreach to involve the communities they work with in the research. The Human Heredity and Health in Africa (H3Africa) Initiative — an African-led consortium that supports genomics research — has called for a more substantive role for Africa-based scientists in such projects. And last year, an Indigenous group in South Africa introduced research-ethics guidelines for scientists looking to work with them.

Tishkoff and her colleagues make sure to follow up with the communities that participate in their studies. Some of the Fulani, a traditionally nomadic group, are interested in what their genetics can reveal about their migration history, says Alfred Njamnshi, a neurologist at the University of Yaoundé in Cameroon. The last time he visited one community, he spoke with an elderly Fulani man who recalled walking 3,000 kilometres from Senegal to Cameroon as a child and told Njamnshi stories of his parents’ travels.

Nearly one-fifth of the genetic variation that the team uncovered has never before been reported. Statistical models of the data indicate that the Hadza and the Sandawe people of Tanzania shared an ancestor in the past 30,000 years.

The findings also suggest that there was intermingling during that period between the Hadza, the San in southern Africa and the Baka in central Africa, all of whom were traditionally hunter-gatherers. “I think we are seeing an ancient common ancestry between the major hunter-gatherer groups in Africa,” Tishkoff says.

Some of the findings align with signals of mixed Hadza and San ancestry in DNA extracted from 2,500- to 8,100-year-old human remains1, says Pontus Skoglund, a palaeogeneticist at the Francis Crick Institute in London. “I had been thinking about an interconnected hunter-gatherer population stretching from present-day Tanzania to South Africa.”

Other researchers want to see further statistical analyses of the data before they accept the notion that the Hadza, San and Baka overlapped geographically. Earlier studies have given little indication that people from these groups mixed with each other, says Deepti Gurdasani, a genetic epidemiologist at the Wellcome Sanger Institute in Hinxton, UK. But it’s plausible, she adds. “There is literally nothing in Africa that is not possible since we have no idea what humans were doing on the continent 5,000 years ago.”

This knowledge gap might dissipate in the coming years as more teams working on African genome projects publish their results. Gurdasani presented results from an analysis of whole genomes from 2,000 individuals from Uganda at the ASHG meeting last week. And H3Africa has sequenced more than 400 genomes from African individuals, says Charles Rotimi, a Nigerian genetic epidemiologist at the National Human Genome Research Institute in Bethesda, Maryland, who founded the initiative.

After conducting further analyses, Tishkoff plans to publish the results and share the anonymized genomes publicly, so that scientists can pool their data.

This last bit is essential, says Shaohua Fan, a molecular biologist now at Fudan University in Shanghai, China. As of 2016, about 80% of people in genetic studies were of European descent. “We know humans originate in Africa,” says Fan, “but we don’t know what we did before we left — we don't know our own history.”

Amy Maxmen is a senior reporter at Nature. Her science writing has been featured in Wired, National Geographic, the New York Times, Newsweek and other publications. She tweets at @amymaxmen.