Undocumented workers fund public schools and local government services by paying sales and property taxes like everyone, estimated to be $11.7 billion a year. In 2013, they contributed $13 billion per year to the Social Security retirement trust fund 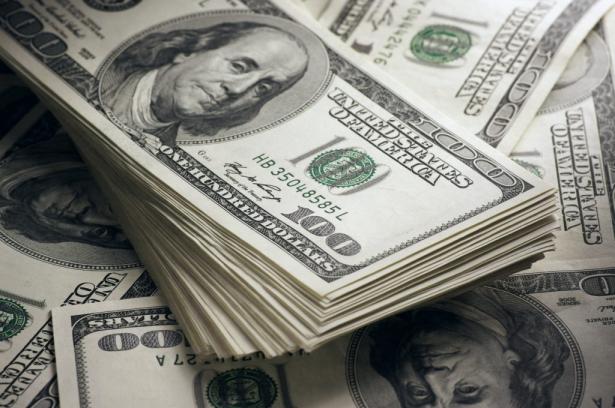 Immigrants — both documented and undocumented — contribute billions of dollars in taxes to the United States every year., Credit: American Immigration Council

One of the biggest misconceptions about undocumented immigrants is that they don’t pay any taxes. In his first address to Congress, President Trump set the tone for his coming immigration agenda when he said immigration costs US taxpayers “billions of dollars a year.”

A 2017 Gallup poll that asked survey respondents “whether immigrants to the United States are making the [tax] situation in the country better or worse” found that 41 percent said “worse,” while only 23 percent said “better” (33 percent said they had “no effect”).

The best estimates come from research by the Institute of Taxation and Economic Policy, a Washington, DC, think tank, which suggests that about half of undocumented workers in the United States file income tax returns. The most recent IRS data, from 2015, shows that the agency received 4.4 million income tax returns from workers who don’t have Social Security numbers, which includes a large number of undocumented immigrants. That year, they paid $23.6 billion in income taxes.

Those undocumented workers paid taxes for benefits they can’t even use, like Social Security and Medicare. They also aren’t eligible for benefits like the earned income tax credit. But the IRS still expects unauthorized immigrants to file their taxes, and many of them do so.

Filing taxes helps immigrants create a paper trail to show when they entered the country and how long they’ve been contributing tax dollars. Many are hoping it will help them get legal status one day. That has happened in past reform efforts, and one of the first requirements is usually to prove that a person has been paying taxes. That was the case for the undocumented youth granted temporary work permits under President Obama’s deportation relief program, known as DACA.

So, despite all the political rhetoric, undocumented immigrants are not a drain or burden on the government.

How unauthorized immigrants pay their taxes

In April 2017, I visited Casa de Maryland in Rockville, Maryland, which hosts two federally subsidized centers where low-income workers can file their taxes for free. That year, they had helped about 200 undocumented immigrants file their taxes, and many were waiting in line with their paperwork when I stopped by.

I watched tax preparer Earvin Gonzalez go through the process of helping undocumented immigrants file their taxes. Maria, whose last name is being withheld because of her immigration status, handed him a folder with tax documents from two jobs. Her W-2 showed that a housecleaning company paid her $17,288 in 2015.

As Gonzalez filled out her information in a computer software program, a green box popped up on the computer screen: “Taxpayer’s Social Security number is not valid.”

That wasn’t a surprise. The 36-year-old woman from El Salvador is undocumented, and she told me that she made up the Social Security number on the W-2 form because she doesn’t have one. Her employer never asked for identification to verify it, she says. Instead, she has an Individual Taxpayer Identification Number (ITIN), created by the IRS in 1996 so people who aren’t allowed to work in the United States could still file taxes on any income they earned. (The IRS does not share ITIN information with immigration authorities.)

Maria said she applied for an ITIN number shortly after arriving illegally in the United States from El Salvador in 2009. People told her that having a record of paying taxes would help her with her case to gain legal status if immigration reform happened.

Comprehensive immigration reform failed in Congress, but Maria is still paying her taxes every year. “I think it’s important, and all my relatives pay their taxes too,” she told me.

Last year, her tax documents also included two 1099 forms, for her second job as a contractor.

“What kind of jobs were these?” Gonzalez asked her in Spanish.

“After cleaning houses, I would go lay concrete in parking lots,” she said.

Those two jobs brought in a total of $24,845 last year, and Maria still needed to pay taxes on that income. Gonzalez entered some deductions, such as the $1,500 she spent on equipment to pour and level concrete and the 12,000 miles she drove between job sites. Maria, who is a single mom, claimed two dependents: her 16-year-old son and 13-year-old daughter. With her ITIN number, she was able to claim child tax credits, but not the earned income tax credit, the major federal tax credit for low-income working families.

In the end, Maria owed $1,131 in income taxes to the state of Maryland and $775 to the federal government. She said she had some money saved up because she knew she would have a tax bill at the end of the year from the contracting jobs. But she said she will probably get on a payment plan with the IRS. If Maria had qualified for the earned income tax credit, her tax bill would probably have been about $500 lower.

It’s true that not all undocumented immigrants pay federal income taxes, because the government has no way to keep track of their under-the-table earnings. The IRS can withhold taxes from those hired with fake Social Security numbers, but workers who get paid in cash could simply choose not to report it, unless they voluntarily file a return with an ITIN number.

Still, all undocumented workers fund public schools and local government services by paying sales and property taxes like everyone else. The Institute on Taxation and Economic Policy estimates that they pay about $11.7 billion a year in state and local taxes.

In Maria’s case, the W-2 form showed that she paid $1,072 into Social Security and $251 into Medicare, two social safety net programs she may never benefit from.

The chief actuary of the Social Security Administration, Stephen Goss, estimates that about 1.8 million immigrants were working with fake or stolen Social Security cards in 2010, and he expects that number to reach 3.4 million by 2040.

“We estimate that earnings by unauthorized immigrants result in a net positive effect on Social Security financial status generally,” Goss concluded in the 2013 review.

Emiliano, a 57-year-old undocumented day laborer from Honduras, told me that he knows many people assume he doesn’t pay his taxes. He doesn’t care. He just hopes one day it will help him get legal status.

When I told him the chances don’t look good under the Trump administration, he shrugged.

“You have to have hope in something,” he said.