The demand for genuine full employment broadens our imagination of what a federal government committed to caring for its people would look like. 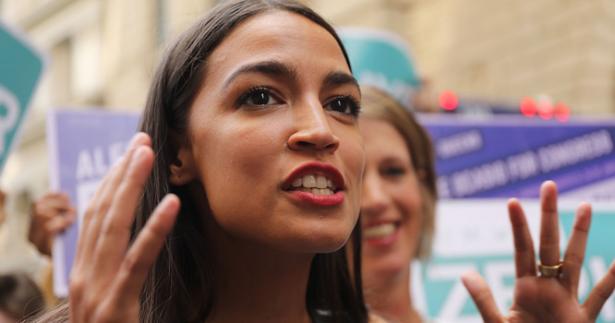 These are turbulent times of crisis and opportunity. On the one hand, we have witnessed a significant turnabout in the past two years—the theft of two Supreme Court seats; ongoing voter disenfranchisement; and the undermining of agencies like the Consumer Financial Protection Bureau, among countless other attacks on democratic life and governance. All of this comes atop escalating state and state-sanctioned violence. Although the unemployment rate has come down dramatically in the ten years since the Great Recession, theemployment-to-population ratio has yet to recover to pre-recession levels, and wage growth remains slow. For many workers, jobs remain too low paid, too insecure, and too dangerous.

On the other hand, progressive politics are getting bigger and more imaginative. One key indication is the increasing support from leading politicians for a federal job guarantee—for plans to provide good jobs for all who want them. Over the past few months Senators Kirsten Gillibrand, Cory Booker, and Bernie Sanders, among others, have championed a variety of plans to further these goals. Last week, Representative Ro Khanna released an important new bill, the Coretta King Full Employment Federal Reserve Act, that would compel the Federal Reserve to address the interests of working people and people of color and weaken the grip of the financial sector on the central bank. Exciting as these proposals are, they will need massive grassroots social movements behind them to achieve their goals.

These can and must take many forms. Grassroots campaigns like the one that propelled Alexandria Ocasio-Cortez’s victory in her primary was driven by increased voter turnout. Her platform and political vision won over those who saw her candidacy as the opportunity to build a better, more humane world—to enlarge the state’s social welfare functions while undermining its violent ones, like Immigration and Customs Enforcement. Ocasio-Cortez has endorsed the federal jobs guarantee, telling The Nation, “It’s basically a public option for jobs. . . . It guarantees a bare minimum which employment can’t go below.” The new Poor People’s Campaign, which, like its 1968 predecessor, endorses the right to a good job, conducted one of the biggest acts of civil disobedience this country has ever seen over the summer, with thousands arrested while fighting for policies that would benefit low-income Americans. All of this suggests that we are in a moment when our political imaginations are growing and our democracy is deepening, even while the forces of retrenchment expand in kind. And there is a connection between proposals like the federal jobs guarantee and the rejuvenation of democratic practice. These proposals speak to people’s everyday dreams for a different world and create policy mechanisms to make them real.

There has not been this much attention for a federal job guarantee since 1978, when the Humphrey-Hawkins Full Employment Act limped across the legislative finishing line. Amid tremendous lobbying from business organizations, the bill lost its key proposal to make the federal government the employer of last resort when private employers were not up to the task. Nevertheless, on the day it was signed, Coretta Scott King, a leading activist who had pushed it along, stood beside President Carter. She envisioned the new law as a first step, not the last. She remarked that because her husband was assassinated in the midst of the Poor People’s Campaign, others needed to push it onward. “We felt that we had an obligation, a mandate, to pick it up and to carry it forward,” she said.

In contrast to what Scott King had hoped, in the years that followed, politics became less democratic, not more. Superdelegates were introduced to the Democratic Party, a sign that a new form of insider politics were taking hold, and the Democrats soon abandoned their commitment to full employment. Writing at the time, Barbara Ehrenreich decried this trend, arguing instead for the type of grassroots organizing and “labor-intensive politics” that drove Ocasio-Cortez’s victory. Ehrenreich suggested that such campaigning will need to promote “people-oriented programs [like] national health care, housing subsidies, child care, high-wage jobs, better schools.” Those are exactly the sort of policies that areincreasing in popularity today.

We think the call for guaranteed jobs can catalyze a movement. Forty years later, it’s time to do what Scott King urged us: pick it up and carry it forward. Ocasio-Cortez’s vision for guaranteed jobs does just that. It emphasizes child care and environmental conservation. Like Scott King did, she argues that we need to create a peace economy to displace our militarized one. As Scott King explained in 1975, “this nation has never honestly dealt with the question of a peacetime economy.” Ocasio-Cortez too has responded to this problem by suggesting we transfer funds used to build machines of war to more peaceful purposes. As her platform notes, “In times when we’re told that there’s not enough money, Republicans and corporate Democrats seem to find the cash to fund a $1.1 trillion fighter jet program or a $1.7 trillion-dollar nuclear weapon ‘modernization’ program.”

The demand for genuine full employment—where everyone who wants a good job can find one—is a bold proposal today, but it was a key part of the Democratic Party’s platform from the 1940s to the 1970s. Many of those who originally crafted these policies had lived through the Second World War and seen what was possible. They saw what government support for childcare could do: 3,000 childcare centers across the country cared for 130,000 children at any given time during the war, while their mothers took jobs in defense industries. This cohort used that experience to affirm their commitment to guaranteed jobs—to broaden their imaginations of what a federal government committed to care for its people could look like.

William Lucy, the cofounder of the Coalition of Black Trade Unionists, was one of those who saw what was possible during war and wondered what would happen if those same energies were used for peace. He explained in 1975: “In wartime, when they gear up the war machine, everybody fits into a slot: they make welders out of laborers and pipefitters out of farmers.”

As Lucy recognized, there were myriad possibilities for the type of work people could do. And in most cases, people could learn their skills on the job. “People can be put to work. In government, the public sector, in transportation, construction, health services, environmental work. The Congress as well as the Administration is dealing with the deficit (in the Federal budget), but that ought to be a secondary concern.” Forty years later, Lucy’s words ring even more true—especially the environmental concerns. Many of the problems he highlighted have grown more dire.

While Lucy’s comments on deficits in 1975 may have struck some at the time as heretical, he was expressing an important set of moral values. After all, it isn’t worries about the deficit that keep people up at night these days. It’s rent hikes that are leading to homelessness. It’s long commutes—propelled by low wages and lack of affordable housing—that make tucking your kid in at night a challenge. It’s worrying about whether yourunpredictable work schedule will make it impossible to attend school. And besides, the federal government doesn’t need to budget its money like a household. As Lucy stressed, it should put its resources to the public purpose.

This is why the call for a federal job guarantee is on fire with progressives and presidential aspirants. It can help address so many priorities. Think of a key problem confronting the United States, and chances are a well-crafted job guarantee could help alleviate it, if not solve it: racial inequality; climate change; inadequate worker power; poverty; the gender wage gap; skyrocketing housing costs; broadband access; child and elder care; mass incarceration; the opioid crisis. A job guarantee can change the playing field. This doesn’t mean it will solve all our problems. But by creating a new set of conditions and power relations, social movements will be in a better position to do so.

Yet in some progressive quarters, the call for guaranteed jobs has been met with skepticism. Some claim it would be too administratively complicated and too politically difficult. There is undoubtedly some truth here. After all, what transformative policy is not complicated? Many of these voices echo those in the 1960s who counseled the civil rights movement to go slow and heed moderation. There is a reason that civil rights activists have been the most forceful proponents of guaranteed jobs since the 1960s—and it is not only persistent racism in the labor market. It is a commitment to finding a way out of no way. It is a willingness to continue working on what is necessary in an inhospitable climate.

On January 22,1964, there were few climates more inhospitable to civil rights than Mississippi. But that day was different. It was Freedom Day in Hattiesburg—the day for a large rally planned by the Student Nonviolent Coordinating Committee. Civil rights activists from all over state and country poured in to support the effort to register black voters. The great Ella Baker gave a powerful speech about how far the freedom struggle still had to go: “even if segregation is gone, we will still need to be free; we will still have to see that everyone has a job. Even if we can all vote, but if people are still hungry, we will not be free.” Those gathered in the audience—John Lewis, Fannie Lou Hamer, Aaron Henry, Annelle Ponder, Lawrence Guyot—had faced down beatings, jailings, and assassination attempts. They knew about hardship. They also knew that Baker was correct. “People cannot be free until there is enough work in this land to give everybody a job,” she emphasized.

More than fifty years have passed since Baker’s speech, and it’s past time to recall her wisdom and political vision. A decade after the Great Recession, most people have still not recovered. More than one-third of us can’t afford food, housing, or medical care. In most states and municipalities, the public jobs that evaporated after the 2008 recession have never returned. A good job guarantee offers the opportunity to further the legacy of Lucy, Baker, and many others. We have witnessed so many signs that our political imaginations are growing, and we need a vision that offers a better political future than the bleak reality of climate change, the racial wealth gap, inequality, and mass incarceration and deportation. The job guarantee—with its commitments to child care, elder care, and special-needs care, and to confronting global warming—can be a key component of that imaginative vision. It can help drive our politics past these midterm elections and into a new world.

David Stein is Visiting Assistant Professor of History at Claremont McKenna College. His first book, Fearing Inflation, Inflating Fears: The Civil Rights Struggle for Full Employment and the Rise of the Carceral State, 1929–1986, is forthcoming from University of North Carolina Press.

Ady Barkan works at the Center for Popular Democracy. He lives in Santa Barbara, California.