Trump’s Appointment of the Acting Attorney General Is Unconstitutional

The president is evading the requirement to seek the Senate’s advice and consent for the nation’s chief law enforcement officer and the person who will oversee the Mueller investigation. 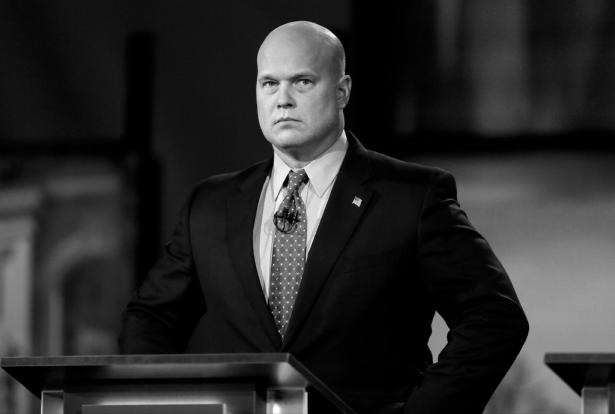 What now seems an eternity ago, the conservative law professor Steven Calabresi published an op-ed in The Wall Street Journal in May arguing that Robert Mueller’s appointment as special counsel was unconstitutional. His article got a lot of attention, and it wasn’t long before President Trump picked up the argument, tweeting that “the Appointment of the Special Counsel is totally UNCONSTITUTIONAL!”

Professor Calabresi’s article was based on the Appointments Clause of the Constitution, Article II, Section 2, Clause 2. Under that provision, so-called principal officers of the United States must be nominated by the president and confirmed by the Senate under its “Advice and Consent” powers.

He argued that Mr. Mueller was a principal officer because he is exercising significant law enforcement authority and that since he has not been confirmed by the Senate, his appointment was unconstitutional. As one of us argued at the time, he was wrong. What makes an officer a principal officer is that he or she reports only to the president. No one else in government is that person’s boss. But Mr. Mueller reports to Rod Rosenstein, the deputy attorney general. So, Mr. Mueller is what is known as an inferior officer, not a principal one, and his appointment without Senate approval was valid.

But Professor Calabresi and Mr. Trump were right about the core principle. A principal officer must be confirmed by the Senate. And that has a very significant consequence today.

It means that Mr. Trump’s installation of Matthew Whitaker as acting attorney general of the United States after forcing the resignation of Jeff Sessions is unconstitutional. It’s illegal. And it means that anything Mr. Whitaker does, or tries to do, in that position is invalid.

Much of the commentary about Mr. Whitaker’s appointment has focused on all sorts of technical points about the Vacancies Reform Act and Justice Department succession statutes. But the flaw in the appointment of Mr. Whitaker, who was Mr. Sessions’s chief of staff at the Justice Department, runs much deeper. It defies one of the explicit checks and balances set out in the Constitution, a provision designed to protect us all against the centralization of government power.

If you don’t believe us, then take it from Supreme Court Justice Clarence Thomas, whom Mr. Trump once called his “favorite” sitting justice. Last year, the Supreme Court examined the question of whether the general counsel of the National Labor Relations Board had been lawfully appointed to his job without Senate confirmation. The Supreme Court held the appointment invalid on a statutory ground.

Justice Thomas agreed with the judgment, but wrote separately to emphasize that even if the statute had allowed the appointment, the Constitution’s Appointments Clause would not have. The officer in question was a principal officer, he concluded. And the public interest protected by the Appointments Clause was a critical one: The Constitution’s drafters, Justice Thomas argued, “recognized the serious risk for abuse and corruption posed by permitting one person to fill every office in the government.” Which is why, he pointed out, the framers provided for advice and consent of the Senate.

Mr. Whitaker has not been named to some junior post one or two levels below the Justice Department’s top job. He has now been vested with the law enforcement authority of the entire United States government, including the power to supervise Senate-confirmed officials like the deputy attorney general, the solicitor general and all United States attorneys.

We cannot tolerate such an evasion of the Constitution’s very explicit, textually precise design. Senate confirmation exists for a simple, and good, reason. Constitutionally, Matthew Whitaker is a nobody. His job as Mr. Sessions’s chief of staff did not require Senate confirmation. (Yes, he was confirmed as a federal prosecutor in Iowa, in 2004, but Mr. Trump can’t cut and paste that old, lapsed confirmation to today.) For the president to install Mr. Whitaker as our chief law enforcement officer is to betray the entire structure of our charter document.

In times of crisis, interim appointments need to be made. Cabinet officials die, and wars and other tragic events occur. It is very difficult to see how the current situation comports with those situations. And even if it did, there are officials readily at hand, including the deputy attorney general and the solicitor general, who were nominated by Mr. Trump and confirmed by the Senate. Either could step in as acting attorney general, both constitutionally and statutorily.

Because Mr. Whitaker has not undergone the process of Senate confirmation, there has been no mechanism for scrutinizing whether he has the character and ability to evenhandedly enforce the law in a position of such grave responsibility. The public is entitled to that assurance, especially since Mr. Whitaker’s only supervisor is Mr. Trump himself, and the president is hopelessly compromised by the Mueller investigation. That is why adherence to the requirements of the Appointments Clause is so important here, and always.

As we wrote last week, the Constitution is a bipartisan document, written for the ages to guard against wrongdoing by officials of any party. Mr. Whitaker’s installation makes a mockery of our Constitution and our founders’ ideals. As Justice Thomas’s opinion in the N.L.R.B. case reminds us, the Constitution’s framers “had lived under a form of government that permitted arbitrary governmental acts to go unchecked.” He added “they knew that liberty could be preserved only by ensuring that the powers of government would never be consolidated in one body.”

We must heed those words today.

[Neal K. Katyal (@neal_katyal) was an acting solicitor general under President Barack Obama and is a lawyer at Hogan Lovells in Washington. George T. Conway III (@gtconway3d) is a litigator at Wachtell, Lipton, Rosen & Katz in New York.]