Sports unions employee a 'empowerment unionism' strategy that sees the contract as a basic framework that sets some minimum thresholds and establishes a procedure for resolving disputes. Workers are free to negotiate their own salaries. 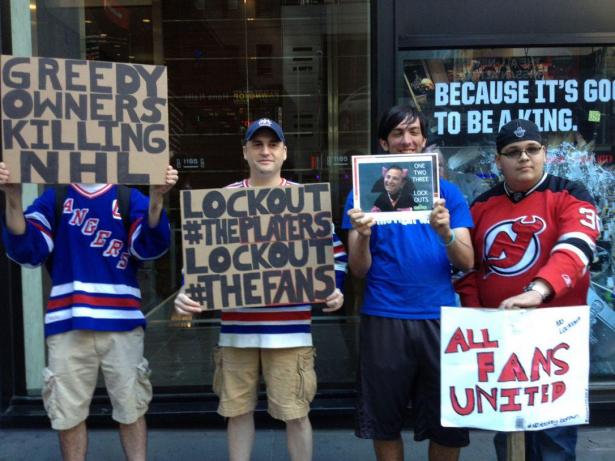 For example, many union contracts stipulate exactly how much each worker will be paid, with pay increases or “steps” tied to the number of years a worker holds a job. Similarly, many union contracts include job descriptions that narrowly define what tasks can (or cannot) be done by a worker in a particular job category. Other common features of these contracts are layoff or recall rights that are tied to a worker’s seniority.

Unions pursuing the employee empowerment unionism strategy see the contract as a basic framework that sets some minimum thresholds and establishes a procedure for resolving disputes. Workers are free to negotiate their own salaries. This model can allow for “higher performing” workers to negotiate much larger salaries than their coworkers.

All of the major unions for professional athletes in the U.S. use the employee empowerment model. In every professional sports league, a collective bargaining agreement outlines the basic framework of the employment relationship (including minimum salaries), but workers negotiate their salaries and bonuses as individuals.

This explains how Steph Curry made $34 million last year while a rookie NBA player doing the same job earned $815,000 in the 2017-2018 season. Beyond professional athletes, several other unions have adopted the employee empowerment strategy, particularly unions that represent higher-paid “professional” workers, such as doctors or lawyers.

Player’s Unions and the Labor Movement

Professional athletes’ unions haven’t always taken an active role in the mainstream labor movement, but some have committed to supporting other workers when their workplaces overlap.

One recent example is the NLFPA’s commitment not to cross picket lines in Minneapolis during Super Bowl LII (2017), when ATU 1005 and IBT 320 were both perilously close to strikes.

The NFLPA is also a member of the AFL-CIO, the largest federation of U.S. unions. (As of this writing, none of the other unions for professional athletes in the U.S. are affiliated with the AFL-CIO.)

Players represented by the MLBPA, NBPA, and NHLPA have a more mixed record when it comes to respecting other workers’ picket lines.

Another role players’ unions have played on a national level is drawing attention to the most aggressive economic weapon in the employer’s arsenal: the lockout.

A lockout is an inverted strike: rather than workers deciding to withhold their labor (a strike), a lockout occurs when management suspends all of the workers represented by a union without pay as a negotiation tactic, “locking out” workers from their workplaces.

Employers use lockouts to pressure workers into settling for whatever contract terms management is offering. Fans of men’s football and men’s basketball may remember the 2011 NFL and NBA lockouts. The 2011 NFL lockout resulted in the cancelation of a preseason game; the 2011 NBA lockout resulted in a shorter season. The 2012-13 NHL lockout substantially decreased the number of games played that season.

Major League Baseball has a long history of lockouts, but there hasn’t been an MLB lockout that impacted the number of games played since 1981.

Though players have made some gains in these agreements (e.g., small salary increases), league management has dictated much of the terms. For example, the league has threatened to cancel the season if the contract was not signed by a given date during negotiations for the 2003 CBA.

As of 2018, the WNBPA has never experienced a lockout or a strike.

Our next installment of this series will discuss the players’ union’s decision to opt-out of the agreement from 2014. This decision will not affect the 2019 season, but it does open up the possibility of a strike or lockout if the league and the union cannot reach terms on a new agreement by the beginning of the 2020 season.