Demographics Won't Save Us. Radical Politics Will.

Tracking demographic shifts is the terrain of the right. So why do so many liberals and progressives do just that? 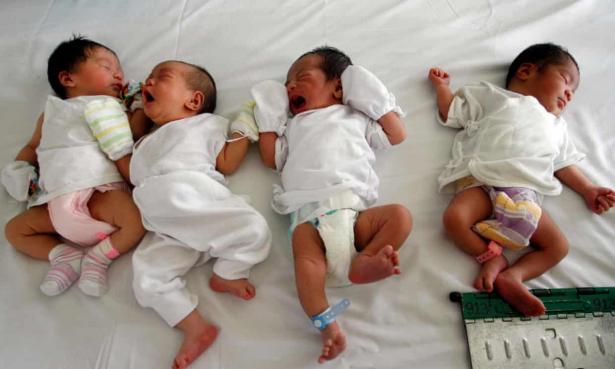 The ethno-nationalists of the world are afraid. People like rightwing Fox News pundit Laura Ingraham spent much of the past year ranting about how “massive demographic changes have been foisted upon the American people”. Census reports confirm her fears, projecting that by 2044 50.3% of all Americans will be minorities.

Liberals have adopted the opposite frame, heralding the fact that white people will soon be a minority. The assumption is that a more diverse America is destined to create a progressive wave that will deliver Democratic party victories.

I was born in the US a few months after my parents arrived in 1989, and I’m part of the “browning” of America and I don’t see anything to lament – or celebrate.

The conservative objection to increased ethnic diversity is reactionary in its essence. But the liberal response is questionable in its own way. Progressives believe in a kind of demographic destiny, in which brown and black voters will necessarily vote for center-left candidates, despite the Democratic party neglecting these loyal voters for decades.

This assumes that both the boundaries of whiteness and the politics of non-white people are fixed. But what happens when many of us start voting Republican? Or if people considered non-white today, like many Latinos, are considered white tomorrow?

'People of color' is a pretty meaningless category today, and one that will become even more meaningless in the future

Progressives are keen to embrace the catch-all “people of color” label. But the particularity of the black and Native experience in the US – which has been marked by an especially intense exploitation – is lost when we lump all people of color together. Does the experience of a second generation black South African immigrant really map onto those of a black American? Are Indian American doctors members of an oppressed diaspora, or are they just expats?

I say this not to descend into an endless spiral of comparing oppressions, but rather to point out that “people of color” is a pretty meaningless category today, and one that will become even more meaningless in the future as new immigrant groups get further integrated and catch up to social outcomes of white Americans. And that it’s not entirely harmless: college-educated “PoC” assume representational roles as spokespeople for “communities of color” that only exist in their imaginations. Meanwhile, working-class black people continue to be massively unrepresented and face high levels of poverty and unemployment.

The solution isn’t further retreat into racial identity – this time an even more narrow conception of it – but rather forging a politics that unites us. We can start by acknowledging that working-class black people have more in common with Latino and white workers than they do with many of their self-appointed professional class “spokespeople”.

Tracking demographic shifts – awaiting the decline of groups you think destined to oppose your program and the rise of others that will support it – is the terrain of the right. What we should be asking is, what policies would we need to allow people to reach their full potentials, to live in security and dignity? And the solution to solving the crisis facing the most oppressed black and brown people in the US is the same as solving the problems facing working-class white people – a federal jobs program, universal healthcare, guarantees to daycare and affordable housing, ending violent policing and mass imprisonment, and more.

It might be that such a program wins over 60% of black Americans, but only 50% of white Americans. We can discuss what psychological aspects of white supremacy or what in the culture exists that might account for the difference, but regardless we would be talking about a politics of change that’s won over a majority.

Unfortunately, it is also the type of politics that will rebel against the interests of much of the media class and even many areas that voted for the Democratic party this in November. You can’t have a pro-working class party – seeking redistribution through taxes and inclusive social programs – with a voting bloc that includes wealthy suburban homeowners that have every reason to support exclusion. You also can’t have a progressive majority without white workers. Whether we like it or not, we’re in this together.