The problem facing autoworkers isn’t simply one or two bad rounds of negotiation, but a race-to-the-bottom pattern of bargaining. At the heart of this mess is the company pitting workers against each other in a competition to save jobs. 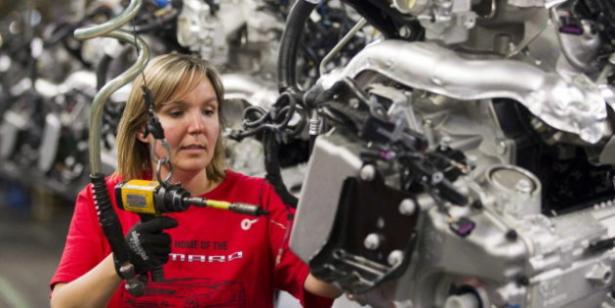 The announcement on Sunday night that GM will close their Oshawa plant at the end of 2019 is  devastating news for the thousands of autoworkers and their families in Oshawa. Site of the 1937 strike against against GM that marked the first big breakthrough of industrial unionism in Canada, the attack on Oshawa’s autoworkers is a shot across the bow of the entire labour movement.

The 2,500 GM Oshawa jobs that could be lost were supposed to be protected. In the 2016 round of bargaining, Unifor’s leadership pushed two-tier pensions, while leaving the long grown-in on the wage grid in a bid to secure the investments to keep jobs in Oshawa. The ratification numbers were among the lowest in the union’s history. Upon signing the tentative deal with GM, Jerry Dias stated, “the commitment to Oshawa is hundreds of millions of dollars, therefore our fear of a closure in 2019 is now over. The facilities clearly have a bright future.”

At the end of the day all the concessions allowed for were big GM profits, but GM never committed to extending production in Oshawa beyond 2020. It is now set to shutter 5 plants across North America, cutting over 14,000 jobs. Former Canadian Autoworker president Bob White once called two-tier a “cancer” and he was right. If left untreated, it’s deadly.

If the Oshawa plant closes over 2500 jobs could be lost, which will have a devastating economic implications for the local community. A 2015 economic analysis of the potential knock-on effect from a plant closure in Oshawa estimated that 20,000 to 35,000 indirect jobs would be lost and $1 billion in government revenue for the federal and provincial governments.

The problem facing autoworkers isn’t simply one or two bad rounds of negotiation, but a race-to-the-bottom pattern of bargaining. At the heart of this mess is the company pitting workers against each other in a competition to save jobs. For many years, Unifor (like the UAW) has been engaged in competition with autoworkers in other countries to lure in or keep production going locally.

Shifting production from south of the border to save jobs in Oshawa is good for Oshawa, but this means the loss of jobs elsewhere and the weakening of workers’ power against the corporation as a whole. This inward focus on saving jobs leads to the logic of concessions. Attracting new lines of production from the company means agreeing to speed-ups and two- or three-tier contracts. It is a race-to-the-bottom within the corporation itself.

GM’s divide and conquer strategy is possible when unions and workers are focused inwards. In this era of global corporate free trade, multinational corporations shifting production across borders can only be confronted by labour through an international union strategy. No such strategy exists.

Coupled with the concessions-for-investment approach is the lobbying of the Canadian state for corporate subsidies and deals to keep the company producing in Canada. Yet, the big government bailout of 2009 was without any serious control over investment decisions and has achieved precious little for workers. The Canadian government ended up losing $3.5 billion in the auto industry bailout when it finally sold off its shares, and now it lost the jobs it wanted to protect. GM has already said the Oshawa plant won’t be saved if the province or federal government offer another bailout.

Open for business, closed to workers

Business and government have no serious long-term job strategies. There is a pathetic patchwork of government tax breaks and bailouts that still results in companies like GM and Bombardier slashing jobs here and abroad. The newly signed United States-Mexico-Canada Agreement was supposed to save and improve jobs in the auto sector, but even gifting special rules for the auto sector has failed Oshawa autoworkers.

GM stops and starts production based on the bottom line. It uses the rhetoric of retooling production and cutting jobs to lower emissions and prepare for the future of electric and autonomous cars, but this is simply greenwashing. It is not concerned about its workers, the communities where it is rooted, nor the use or social value of its product, or the environmental consequences.

Business and government are willing to ramp up fear and threats about job losses if pipelines don’t go through, but also look the other way while jobs in the oil sands are automated. It’s the height of cynicism from the elite, while the planet continues to heat up and cause dangerous climate change crises around the world.

Our society needs the productive capacity in places like Oshawa, and the skills and job knowledge of the autoworkers. We not only need these good jobs, but we need to retool the plants to build mass transportation, electric vehicles, and other green transition infrastructure and equipment. Neither the auto companies or government have proven themselves at all willing to go in this direction despite popular concern for jobs, democracy and climate change. Only a workers’ movement pressing these demands can make any headway.

The labour movement needs to realize that government bailouts and union concessions is a failed strategy.

The labour movement has little room to protect jobs for workers unless they redouble their efforts to promote a real green transition strategy founded on international workers’ solidarity. It’s the only way to create jobs without succumbing to the elite’s real strategy of race-to-the-bottom.

Autoworkers in Oshawa have already walked off the job after the closure announcement and have set up blockades around the plant. This is step in the right direction. Occupying, like Oshawa autoworkers have done in the past, is a way to force the government and company to deal with the workers’ demands.