Cohen is giving information about Russia, Trump, the Trump Organization, and the Trump White House. 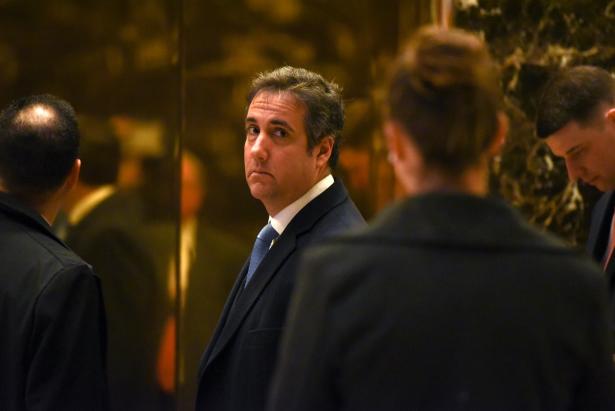 The special counsel made these disclosures in a sentencing memo for the former Trump lawyer submitted Friday night — a memo that looks ominous for the president and his associates.

Since Cohen pleaded guilty to financial and campaign finance crimes back in August, his team has publicly claimed he was trying to turn over a new leaf by providing important information to Mueller.

And last week, he struck a plea deal with the special counsel, admitting to lying to Congress about efforts to build a Trump Tower in Moscow.

But until Friday, it wasn’t clear just how useful Mueller thought Cohen’s help had been — or whether he’d even found Cohen trustworthy.

Now, though, the special counsel says that Cohen has provided “credible” and “useful” information — though he admits there was a bit of a hiccup when Cohen tried to lie in their first meeting.

More importantly, Cohen is cooperating on central topics — specifically, “Russia-related matters” that are “core” to the investigation. Trump and the Trump Organization are all over this memo (though they’re called “Individual 1” and “the Company”). And there are suggestions that Cohen is giving information about whether Trump tried to obstruct justice since he became president, as well. Here are the key takeaways.

Mueller writes that Cohen “has gone to significant lengths to assist the Special Counsel’s investigation.” This included seven different meetings with the special counsel’s office — some of which were “lengthy.”

Many wondered how Mueller could possibly trust Cohen, giving his history of deception. But the special counsel writes that Cohen’s information “has been credible and consistent with other evidence obtained in the SCO’s ongoing investigation.”

Mueller adds that Cohen “has taken care not to overstate his knowledge or the role of others in the conduct under investigation” — indicating he doesn’t think Cohen is just trying to throw people under the bus without good reason.

Cohen has been helpful to Mueller on four main topics

More specifically, Mueller says Cohen’s assistance has been “useful” about four topics in particular. These are:

1) Cohen’s own contacts with “Russian interests” in the campaign, including about Trump Tower Moscow.

2) “Certain discrete Russia-related matters” that are “core” to Mueller’s investigation. The special counsel is tantalizingly vague here, but he says Cohen knew about these things because of “his regular contact” with Trump Organization executives during the campaign.

3) His contacts with “persons connected to the White House” in 2017 and 2018. (This is vague but could be about Mueller’s investigation into obstruction of justice.)

4) The “circumstances” around how Cohen prepared and circulated his “response to the congressional inquiries.” (This would seem to be about how he constructed that false story, and who else was involved in or in the loop about it.)

So: Cohen talked about Russia, the Trump business, the Trump White House, and how he dealt with the congressional Russia investigations. And all of this was “useful” to Mueller. But we don’t know further details.

Cohen did try to lie to Mueller at first

Now, because this is Michael Cohen we’re talking about, he didn’t fess up all at once. In an August 7, 2018, meeting with Mueller’s office — about two weeks before Cohen pleaded guilty to the New York charges — he actually tried to lie to the special counsel, Mueller claims.

Mueller says that in that first meeting (which was set up “at Cohen’s request”), Cohen did provide some useful information at first. But when the special counsel’s team turned to the topic of the Trump Tower Moscow project, Cohen repeated much of the false story he had told Congress the year before. (Cohen had told Congress that the talks ended quickly, that he’d only briefed Trump rarely on them, and that he hadn’t heard back from a Russian government official he’d reached out to. None of these claims were true.)

Mueller’s team says that Cohen “explained” his initial lies to them were “an effort not to contradict his congressional testimony” — something that could, and eventually did, expose him to further charges.

But Cohen struck his plea deal with federal prosecutors in New York on August 21. Then, in September, he returned for a second meeting with Mueller’s office, and began to tell the fuller story of Trump Tower Moscow.

And Mueller seems to be happy with Cohen’s cooperation since then. “Starting with his second meeting,” the special counsel writes, “the defendant has accepted responsibility not only for his false statements concerning the Moscow Project, but also his broader efforts through public statements and testimony before Congress to minimize his role in, and what he knew about, contacts between the Company and Russian interests during the course of the campaign.”

Mueller goes on to explain why he thinks Cohen’s lies about Trump Tower Moscow were a big deal:

Trump Tower Moscow could have made the Trump Organization “hundreds of millions of dollars from Russian sources.” That is, this was a very serious project and a very big deal. (Mueller also writes that Cohen “explained financial aspects of the deal that would have made it highly lucrative for the Company and himself.”)

The paragraph above has another new disclosure. Last week, the special counsel was vague about just what Trump did, only saying that Cohen had talked to him about the project more than three times. But now, Mueller writes that Cohen continued to talk to “Individual 1” (Donald Trump) about Trump Tower Moscow “well into the campaign.” It’s another sign that Trump was very much involved in the deal — while he was running for president.

Trump and Cohen talked about meeting Putin back in 2015

Another interesting disclosure is that Trump and Cohen purportedly talked about meeting Vladimir Putin quite soon after he started running for president.

In September 2015, Cohen appeared on Sean Hannity’s radio show and claimed that “there’s a better than likely chance Trump may even meet with Putin when he comes here” for the UN General Assembly.

Cohen later claimed that this was just a spontaneous idea he had. But according to Mueller’s memo, Cohen now says this was not so spontaneous after all — that, in fact, he had talked to Trump about a Putin meeting beforehand.

“He had in fact conferred with [Trump] about contacting the Russian government before reaching out to gauge Russia’s interest in such a meeting.” Mueller writes. (This UN-pegged meeting didn’t end up happening.)

Another Russian tried to set up a Trump-Putin meeting

Mueller says Cohen also provided “information about attempts by other Russian nationals to reach the campaign.” To illustrate this, Mueller describes how “a Russian national” reached out to Cohen in November 2015, and claimed to be a “trusted person” in the Russian Federation who could offer Trump’s campaign “political synergy” and “synergy on a government level.” This person also kept proposing that Trump and Putin meet, and said such a meeting could be very helpful to the Trump Tower Moscow project.

According to a report by Anthony Cormier, Jason Leopold, and Emma Loop of BuzzFeed News, this refers to Dmitry Klokov, a former Olympic weightlifter (who was also in contact with Ivanka Trump). Mueller says that Cohen didn’t end up further working through Klokov, because he was already working on Trump Tower Moscow with “a different individual” whom he thought had “his own connections to the Russian government.” (That would be Felix Sater.)

Andrew Prokop is Senior Politics Reporter for Vox. He covers the White House, Congress, elections, and really anything about politics that piques his interest.

He’s profiled Mitch McConnell, Bernie Sanders, and Andrew Cuomo, and written features on President Obama’s expansion of executive power and Steve Bannon’s effort to reshape the GOP. He’s also written comprehensive explainers on the Iowa caucuses, the convention process, the Electoral College, the Congressional Budget Office, the ousters of Reince Priebus and Steve Bannon from Trump’s White House, and many other political topics.

Go Deeper. Get updates from Vox.