labor The Next Big Legal Case to Assassinate Unions

The Uradnik case could be the next step. It has just been appealed to the Supreme Court. 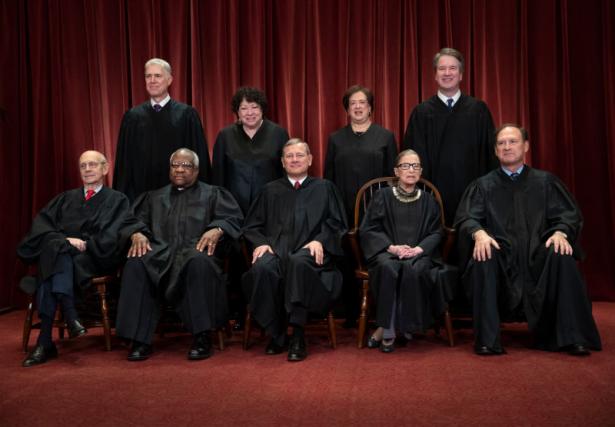 This summer, the Supreme Court gutted America’s public labor unions with the Janus ruling. Now, another case has the potential to further destroy the very basis of organized labor in America. This is serious.

Uradnik v. Inter Faculty Org is a case brought by the right wing Buckeye Institute with the specific aim of dismantling a key part of U.S. labor law. The case seeks to end the practice of exclusive representation in public unions—the rule that a union represents all of the workers in a workplace. In the case, a college professor is arguing that the requirement that the union in her workplace negotiate on her behalf even if she does not want to be a union member is an infringement of her free speech. The case is a part of a long-term strategy by right wing groups to use the pretext of free speech as a way to destroy protections for organized labor. The Janus case—in which the Supreme Court ruled that nobody has to pay public unions for representing them (not even “agency fees,” which just cover the cost of representation) if they don’t want to—was the most successful manifestation of this strategy.

Both Janus and Uradnik deal exclusively with public employees, not private employees. But that just means they have the most potential to damage the union movement in America, because public employees are unionized at a far higher rate than private employees; and on top of that, it is quite possible that the blows to public unions can be translated down to private employee unions in time. This Bloomberg story from September lays out the implications of the Uradnik case, should the Supreme Court choose to pursue it:

It’s unclear whether public employers would have an obligation to negotiate with unions that aren’t designated as a bargaining unit’s exclusive representative, University of North Carolina labor law professor Jeffrey Hirsch told Bloomberg Law. States with anti-union officials would likely resist negotiating unless they absolutely had to, he said.

Abolition of exclusive representation could also open the door to multiple members-only unions representing different factions of employees working alongside one another, Hirsch said.

Anti-union forces know that the Janus ruling will make it much harder for public unions to sustain themselves financially. Add in the abolition of exclusive representation—and add to that a sustained, well-financed campaign targeting public employees to try to convince them to abandon their unions, which is already underway and is sure to intensify—and you will absolutely see a serious decline in union power in public workplaces, which they will then try to translate into private companies as well. If this case is successful, unions that were solid and powerful one year ago could soon find themselves underfunded, with their membership riddled with defectors and free riders and stupid or completely cynical competing factions in the workplace, and on top of that, with employers refusing to even negotiate at all. It would be bad.

If there is a silver lining to this possibility, it is this: the entire structure of modern labor law was to a large degree set up to enable collective bargaining because it was considered better than endless labor strife in the streets. If business interests think that they will win a decisive victory over working people by destroying collective bargaining, they will find themselves again facing angry workers whose only outlet is street protests, wildcat strikes, and other direct action that grinds business to a halt.

Right wingers are greedy. And foolish. They may get what they’re asking for. In the meantime, unionize your workplace.