books The Soaring Writer Who Landed on His Feet

A crime novel with a difference, this one centers on murders in a vacation town that appear to take on racial significance going back to World War Two and a segregated, elite military command. 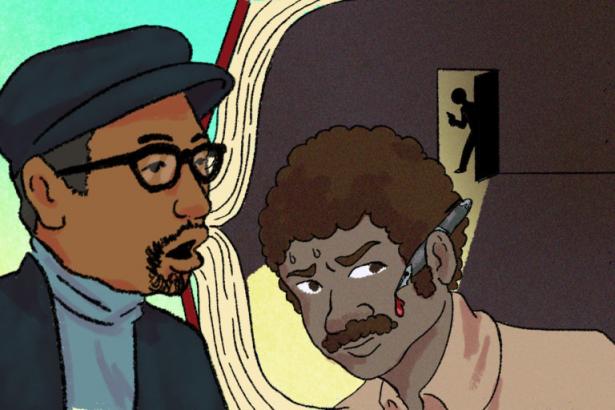 “Race” as a biological category differentiating humans has been a spurious and discredited marker for more than a century. From Franz Boas’ early pioneering studies of the Inuit to Barbara Fields’ contemporary savaging of race-based ideology, we should all understand that humans are one race, end of discussion!

Yet even those good souls most exorcized about the depredations of narcissistic color consciousness or culturally based discriminations are ensnared by racial categorizing. Those who organize to eradicate the legacies of slavery, territorial conquest and the ensuing dehumanization that consigns “strangers” to the category of a biological or social “other” still must refer to the endemic brute practice they oppose as “racism”. Tied to this, of course, is the Right’s misplaced love for a mythical motherland if not an abusive fatherland.

Like any ideology, “racism” persists long after the institutions justifying it are dead—e.g., slavery in the American South, a policy that benefitted not only the Dixie planter class but U.S. industry in the North, or the lingering detritus of colonialism and neoliberal adventures. Even in areas whose inhabitants were demonstrably “white,” as in Ireland or Sardinia, capital made invidious claims that the local working classes were demonstrably biologically inferior, and whose allegedly louche productivity rates—outcomes of nature, no less—were to blame for discriminatory wage and employment discriminations, no matter how fudged the low-productivity statistics were shown to be.

Those fictive differences undergirding racially based hate survive zombie-like as if they were a material force to be adopted or resisted.  It becomes, as Marx metaphorically said of ideologies, “sensuous activity,” in racism’s case a brute force in the material world.  Yet even those who know that the idea of multiple and variable human races is rubbish and militate against it are perforce stuck with it. 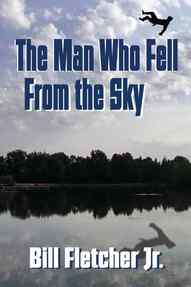 Read the first chapter of The man Who Fell - Click here

Bill Fletcher Jr., whose novel is under review, is an appropriately well-respected labor, civil rights and social justice activist, former field services director for the American Federation of Government Employees and author of the must-read “They’re Bankrupting Us!” And 20 Other Myths About Unions (Beacon Press, 2012). This and a host of his essays over the years are always on point. As he wrote recently in a symposium on neoliberal capitalism, austerity policy and labor in New York City:

“The political right has proven that they can advance the most regressive of directions if/when they describe them in terms of targeting ‘unworthy’ people of color and/or workers of color…..By taking this tack, the Right is often able to win support for efforts that run against the interests of the average white working person.”

The activist-scholar-journalist is well placed to write meaningfully on where class and the color line meet. He does so again in his newest book, a highly readable and well-told crime novel.

The Man Who Fell From The Sky, Fletcher’s first effort as a novelist, does not disappoint. It shows him to be not just a sage storyteller but no less than literature’s prized canary, warning of dangers past and present. Granted, the canary analogy may be inexact. Canaries are invaluable to working miners, warning of the presence of toxic gas; they do so by dying. Fletcher is very much alive, but his warning of the dangers of racism to its victims, its defenders and perpetrators is salient and warning enough.

The 1970-based plot is vintage good stuff, with enough twists to keep the reader guessing. The top draw mystery involves the ferreting out of a murderer whose identity is suspiciously masked as either a maniac or an avenging angel in exterminating a clutch of ex-U.S. World War Two army airmen. The central figure investigating the deaths is David Gomes, a journalist of Cape Verdean extraction and the Americanized child of generations of immigrants of mixed African and European (largely Portuguese) heritage, typical of the Islands’ diaspora population who inhabited much of the Massachusetts and Rhode Island coastlines both then and now.

That mixed heritage alone makes the story a cultural inquiry in itself, with many Cape Verdeans ranging from white to dark skins even within the same family, making identity in a racist society especially complex. As Fletcher told a recent gathering of National Writers Union members celebrating the book’s release, he strategically chose to paint Gomes as a Cape Verdean descendent “because Cape Verdeans came to the United States [starting in the early 1800s] not as slaves but as Roman Catholics and subjects of the Portuguese Empire. That alone led to real complicated relationships.”

Gomes, whose name the reporter is at pains to explain is not pronounced like the Spanish “GO-mezz,” is also not the scandal-mongering, smut-peddling news hack often painted in crime novels, “B” movies and Trump tweets, but a decent, young general assignment scribe for an understaffed, poorly financed Cape Cod weekly. Fletcher catches the times nicely, with pithy references to radical insurgencies, the television series Mannix and hurrahs for Jimi Hendrix.  As the plot develops, Gomes comes to see that the murders are likely linked, either tangentially or instrumentally, to the army’s then-Jim Crow policy of restricting airmen’s positions not only to men but to an elite of white men.

What makes the story work so well is not only its plot line but its capture of time and place. There’s the bright and resourceful bank teller who in any nonsexist society would be the bank manager. There are the bumbling FBI agents, insisting that the murders are linked—and on the basis of no evidence—to the Black Panther Party and efforts to aid draft resistors fleeing to Canada. There’s the evocation of Cape Cod as not only idyllic physically but a locus for excellent, inexpensive cuisine. The final plot unraveling is worth the reader’s wait.

Does Fletcher ever stumble? Not on the big questions, but scattered and incrementally he does, though as an editing and not thematic issue. In a story that spans a number of months, he has Gomes dining out every day and never suffering from a less-than-excellent or overpriced meal, a statistical impossibility even for glorious Cape Cod circa 1970. There’s also Gomes’ facility for tracing one’s regional origins based on accent alone. The reporter can catch a “northern Midwest” or a New Jersey accent with ease, though how is a mystery in itself.

Likewise, when the local veteran sheriff, counterintuitively a confidant and best bud of Gomes—this at a time when police nationwide were exterminating Black Panther militants—interviews a manager of the business whose chief boss was the first of the several men murdered, something in the telling goes awry. The sheriff hears that the business was doing well, and that management was in discussions to do “some work over in Bourne on the other side of the Canal…” Presumably the sheriff would know on which side of the canal is Bourne, especially when one of the two bridges crossing the waterway is named for the town.

Author Bill Fletcher Jr. is a longtime racial justice, labor and international activist, scholar and author. A list of his books and other publications appear on his website HERE.

[Essayist Michael Hirsch is a New York City-based labor and politics writer, an editorial board member of New Politics and a moderator for the Portside news service. A shorter version of this review appeared in the Indypendent HERE as “Bill Fletcher Tackles Identity, Race and Small-Town Murder with ‘The Man Who Fell From the Sky.’”]