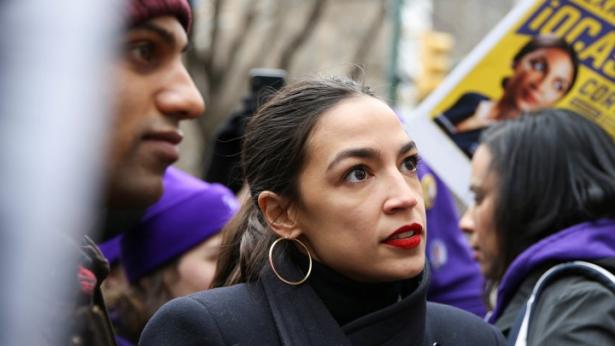 Most Americans—myself included—probably don’t have a well-thought-out position on whether a 70 percent marginal tax rate is a good idea. But it probably doesn’t matter whether it is, or whether it would “work.” To argue that “workability” is secondary might sound odd to many Democrats, particularly party leaders and experts who have long prided themselves on being a party of pragmatic problem-solvers. This, though, could be the most important contribution so far of Representative Alexandria Ocasio-Cortez and the new crop of progressive politicians—the realization that the technical merits of a particular policy aren’t the most relevant consideration. For these new Democrats, the purpose of politics (and elections) is quite different.

Commentators often note that, when it comes to policy, the differences between the Democratic Party’s left-wing and center-left are minimal. Referring to young progressives like Ocasio-Cortez who challenged establishment politicians, David Freedlander writes, “The policy differences … are microscopically small. Nearly all Democrats favor tackling income inequality, raising taxes on the wealthy and the minimum wage, and reforming the criminal justice system.”

This misses the point in a rather fundamental way. Few people actually vote based on policy. As I recently argued in American Affairs, even the better educated don’t primarily vote based on policy. In fact, higher levels of education can increase polarization. (In other contexts, such as the Middle East, the advent of universal education and higher college attendance fueled ideological divides.) As the political scientist Lilliana Mason notes, “Political knowledge tends to increase the effects of identity as more knowledgeable people have more informational ammunition to counter argue any stories they don’t like.”

People’s politics tend to determine their policy preferences, and not the other way around. In one example from the 1960s, as Christopher Achens and Larry Bartels write in Democracy for Realists, even southerners who supported racial integration left the Democratic Party. Once they became Republican, they then adjusted their views on race and affirmative action to fit more comfortably with their new partisan identity. Put another way, if a person with no prior partisan attachments decides to become a Republican, he is likely to become pro-life. If that same person, with the same genetics and life experience, decides to become a Democrat, he is likely to become pro-choice.

Ocasio-Cortez and other progressives appear to understand instinctually what this growing body of research on voter preferences suggests. And its implications are potentially far-reaching. Once you accept that voters are rationally irrational, you can’t help but change how you understand political competition. Incidentally, this is one reason that right-wing populists across Europe (and India and the Philippines and many other places) have been surprisingly—or unsurprisingly—successful: They seem to have relatively little interest in what works. Instead they are concerned with altering the political and ideological imagination of ordinary voters and elites alike, to make what once seemed impossible, possible. In their case, it often involves normalizing Islamophobia and other forms of bigotry. They have managed to drag the center-right further rightward on issues such as immigration and how to integrate (or not integrate) Muslim minorities. But this same approach can be used by left-wing and center-left parties for more constructive ends.

This focus on shifting the contours of the national debate is sometimes referred to as expanding the “Overton window.” It is altogether possible that Ocasio-Cortez doesn’t think that a 70 percent marginal tax rate is realistic in our lifetime—she might not even think it’s the best option from a narrow, technocratic perspective of economic performance—but it doesn’t need to be. As the Open Markets Institute’s Matt Stoller notes, “One thing that [Ocasio-Cortez] has shown is that political leadership matters. Just proposing a 70 percent marginal tax rate has restructured a debate over taxes. Obama’s presidency was defined by self-imposed limits.”

Today, in a way that hasn’t been true for decades, more Americans are at least aware of something that might otherwise have been ignored as either overly wonky or, well, crazy. The 70 percent figure proposed by Ocasio-Cortez was a subject of debate—and derision—at Davos. But by joking about it, billionaires and aspiring billionaires, in effect, helped legitimate it. After all, if the richest people in the world are worried about it, it might just be a good idea. (And Dell CEO Michael Dell unintentionally helped remind the audience that the United States had a 70 percent marginal rate as recently as the 1970s). The economist William Gale, my Brookings colleague, wrote a piece responding to Ocasio-Cortez’s proposal, taking issue with the 70 percent figure but agreeing with the underlying principle: “Ultimately, if we want more revenue from the rich, we should broaden the base and boost rates. Raising taxes on the rich is an idea whose time has come, receiving consistent support in polls over the last few decades.”

This new style of Democratic politics is a far cry from the technocratic “what works-ism” that has dominated in center-left parties since the 1990s. The incrementalist approach, by its very nature, preemptively accepts policy and ideological concessions in the name of prudence. It prioritizes being sensible and serious. But why is being sensible an end in itself? As Ocasio-Cortez’s chief of staff, the 32-year-old Saikat Chakrabarti, said regarding another seemingly unrealistic idea, the Green New Deal: “If it’s really not possible, then we can revisit. The idea is to set the most ambitious thing we can do and then make a plan for it. Why not try?”

I don’t feel strongly about a 70 percent marginal tax rate, but I don’t need to. I might even conclude that it simply “feels” too high. But that just means that if and when a Democratic candidate for president proposes a 50 percent tax rate on income that’s more than $10 million, I’ll be impressed with how “moderate,” reasonable, and sensible it sounds.

[Shadi Hamid is a contributing editor at The Atlantic and a senior fellow at the Project on U.S. Relations with the Islamic World at the Brookings Institution. He is the author of Islamic Exceptionalism: How the Struggle Over Islam Is Reshaping the World, and a co-editor of the new book Rethinking Political Islam.]