In Song of Parkland, the story of how drama teacher Melody Herzfeld and her students dealt with tragedy, provides inspiration amid darkness 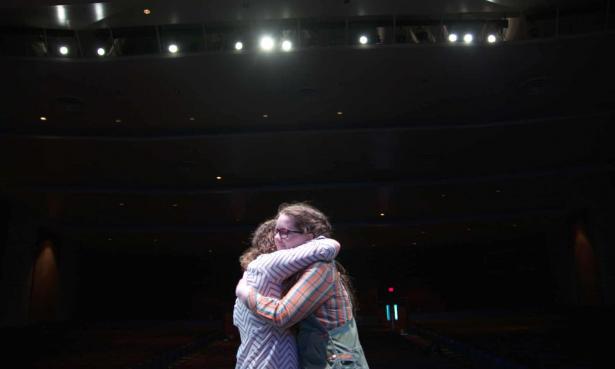 Parkland, Florida, has loomed large in the national consciousness for nearly a year. It’s become an emblem of America’s ongoing problem with school shootings, the launchpad for the March for our Lives movement, and the match striking a blaze of student activism. As the first anniversary of the shooting, which claimed the lives of 17 students and staff at Marjory Stoneman Douglas high school, approaches on 14 February, a wave of coverage will analyze Parkland’s role as a high-profile public face in America’s ongoing fight for gun reform. But Song of Parkland, a half-hour documentary short airing on HBO, focuses on a less headline-able reality for many still attending Stoneman Douglas: the daunting, brave work of returning to normal, or at least a new version of it.

Song of Parkland, directed by Amy Schatz, follows the school’s drama students, under direction of teacher Melody Herzfeld, in the months immediately after the tragedy, as they rehearse for their annual children’s musical. For a relatively large program (about 72 students) at a now nationally recognized school, the film’s focus is definitively, conspicuously narrow. Schatz hews closely to the students and their day-to-day efforts on the musical – afternoon rehearsals, group meetings in the cluttered classroom, a pre-curtain huddle – and the anchoring leadership of Herzfeld. The musical, which the class collectively agreed to finish despite the tragedy’s interruption, is “our begin again”, Herzfeld tells the students in a rehearsal. “This is our start-over.”

The tight focus on the students, still raw yet full of energy and theater nerd enthusiasm, is familiar territory for Schatz, whose documentaries (The Number on Great-Grandpa’s Arm, Through a Child’s Eyes: September 11, 2001) tackle tough subjects for younger audiences. She wasn’t specifically seeking the drama department when she traveled, with the blessing of HBO, to Parkland last February, but rather pursuing a question: “What might we add to it in this landscape?” she said to the Guardian. “What story … might be a little different from what had been told on the news?”

She connected with Herzfeld, who says she wasn’t in talks with anyone else to record the experience of the aftermath with her students; she was focused on being there for them, on showing up and keeping on. But “it was because Amy’s work was about kids, for kids – that I felt was a very important thing”, Herzfeld said.

“We’re always interested in talking with kids who have something that they’re comfortable saying,” Schatz said, adding that she saw the theatrical production as a particularly fruitful way to access the healing process – “the arts is always a way to express emotion”.

Song of Parkland portrays that expression through acts of everyday healing: showing up for rehearsal, talking through the decision to keep on with the show, going through a number again after Herzfeld critiques a performance as “too vacant”. (“They were responsible. They have responsibilities. They decided to do this, and I’m going to treat them in the way that I always did,” Herzfeld, clearly beloved by her students, says when asked how she taught in the weeks after the tragedy.)

Song of Parkland often quietly, yet powerfully, observes healing in process. “Being in drama every day, working on a show, gives us a sense of normalcy. It’s almost a sense of strength,” said student Dylan Redshaw during one of the group meetings. Though accompanied by cameras, the students hardly seem watched; much of Song of Parkland is kids being kids, alternately goofing off and getting serious, depending on the moment. 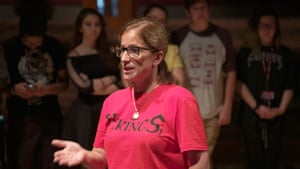 “What I witnessed is that it was like getting back to the business of school, getting back to the business of production, and being who you always were to each other,” Schatz added. Part of that process was a songwriting project, in which students processed their emotions through original compositions. The film unspools a couple of those originals, recorded by studio artists, over moving images of grief and healing at Marjory Stoneman Douglas. “If there’s one thing I’ve been taught, it’s that we should make a sound,” one sings. “Fill the void with flowers, it’ll make a meadow – even in the darkest times, beautiful things can grow.

“I think it was important for our kids to tell a story, and to tell their story,” said Herzfeld of Song of Parkland’s quiet, understated frame, “because when all the craziness was going on around them, there’s a whole population of kids that needed to be heard.”