In the future, everyone will have 15 minutes of selling fast food from beyond the grave. 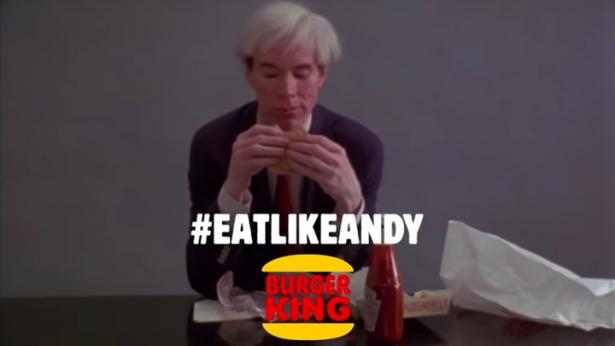 A man walks to an old farmhouse, his hands grazing stalks of grass, in a primal American image: something out of an Andrew Wyeth painting, or Days of Heaven. He’s greeted by his grandpa, whom he hasn’t seen in a long time. Inside the house sits a beautiful car. Is this real life? No, it is the hallucination of an office worker with a cashew blocking his airway. A colleague Heimlichs him back to reality, and he appears bummed to discover that he is not, in fact, dead.

This was Audi’s way of announcing that it would electrify its cars by 2025, part of a Super Bowl ad class that not-so-gently warned the viewer that consumer products would shape not only their life, but also their death. The commercial-break culture war of the past few years—brands image-washing themselves with gender-role reversals, multiculti montages, and Kendall Jenner wandering into a protest—seemed somewhat on pause, perhaps with the blowback to Gillette’s masculinity lecture too fresh. What instead emerged was a lurid, almost putrid sensibility, culminating in the eerie resurrection of Andy Warhol smearing ketchup on a soggy hamburger bun. Chunky milk, murderous nuts, flying reptiles barbecuing a barbecue: The end will be nasty, and it will not be in your control.

“IT’S WORSE THAN IT WAS YESTERDAY” read a fake newspaper headline in the home-security gizmo SimpliSafe’s Super Bowl spot, an explicit work of fearmongering that also featured an Amazon Echo–type device that malevolently spied on users. Amazon, meanwhile, advertised itself with an oddly chipper affirmation of the nightmares people have about its AI-adjacent products. The company infiltrated private spaces, as per Forest Whitaker’s Alexa-enabled toothbrush. It took command of a user’s credit card when Harrison Ford’s dog, wearing an Echo collar, stocked up on kibble. It hijacked civilization at a supervillain scale, with an Alexa-rigged space station taking down the country’s power grids. The point was that Amazon would never actually allow these things. But also, definitely, that it could.

The sense of mutating capitalism—of products gaining sentience then running amok with horrifying results—also defined one of Sunday’s more effective WTF moments. Bud Light has branded itself with a medieval shtick for years now, but on Sunday night a campy joust of beverage-affiliated warriors turned gruesome, with the reenactment of a Game of Thrones scene in which a hero had his eyes gouged out. Then a dragon swooped in and roasted Bud Light’s royal court, and the Thrones theme song started to play. Twist: This was an ad both for beer and for HBO’s biggest hit show. Another wall between discrete cultural-commercial kingdoms has fallen, and not even the stupidest mascots are safe from the ensuing chaos.

Bud Knight will be back, though, as no one—fictional or otherwise—dies in ad land. Hence Martin Luther King Jr. returned to the Super Bowl in arguably an even dicier context than the much-loathed Dodge spot from last year. The NFL has been buffeted by fans and celebs swearing it off in solidarity with Colin Kaepernick, who accused team owners of blacklisting him for his anti-racism protests. The league, on Sunday, tried to strike back with an ad-like montage of King’s words preceding the coin toss, which was overseen by King’s daughter Bernice King, U.S. Representative John Lewis, and former United Nations Ambassador Andrew Young.

“Humanity is turning the tide and our efforts must include bridge builders, strategic negotiators and ambassadors,” Bernice King tweeted on Sunday, an implicit response to critics on Kaepernick’s side. Social-justice leaders can and obviously do disagree tactically about when to build bridges and when to refuse to participate with alleged oppressors. But MLK’s words were being used, more than anything, for football’s own PR efforts against dissenters. They were, in effect, being weaponized against supporters of his own cause.

But the spookiest haunting, still, was by Andy Warhol’s ghost. The late artist’s spiel about the universality of Coca-Cola—“A Coke is a Coke, and no amount of money can get you a better Coke than the one the bum on the corner is drinking”—provided the seed for a decidedly un-Warholian bit of doggerel used to hawk that drink. Warhol himself made an appearance, too, in a Burger King commercial that showed him sitting at a table and eating a Whopper on camera, at length. A pioneer of the postmodern blurring between art and ads, Warhol is an apt figure for such treatment, but also an ominous one. Count off another vertebrae engulfed by the snake eating its own tail.

The Warhol footage came from the Danish filmmaker Jørgen Leth’s 1982 documentary, 66 Scenes From America, and the original clip—of Warhol unwrapping the burger, eating it, sitting in uncomfortable silence, and then saying his name—made the kind of gnomic statement on consumerism that Warhol specialized in. Burger King rebroadcast it undoctored, save for, in both the 45-second TV spot and the nearly five-minute internet version, a flash of text: #EatLikeAndy. It also tried to mascot-ify him by handing out “mystery boxes” containing white-bob wigs before the game. Said the brand’s marketing materials: “You’ll know exactly what to do with everything that’s inside the box, and you’ll have your own 15 minutes of fame, or should we say, flame.”

The Warhol ad did make for one of the most arresting spots of the night, with silence and mystery cutting against the game’s loudness. And it’d certainly be hard to argue impropriety in a fast-food chain decontextualizing and commodifying a pop-art adman who famously admired Madison Avenue’s talents for … decontextualization and commodification. “Warhol’s great advance was collapsing any distinction between commercial and noncommercial modes of experience,” Stephen Metcalf wrote recently in The Atlantic, elsewhere citing his quote “Making money is art, and working is art, and good business is the best art.”

Even so, a line is being crossed. Warhol said that the ad-swaddled surfaces of modern life were canvases; now a corporation has taken not only his art but also his own likeness in the act of art making, and represented it as an ad. If he is the prime target for such treatment, there is no reason to think he’d be the only one. In an almost visceral way, the morbid mood of Sunday’s ads hinted at an expansion of Warhol’s 15-minutes-of-fame principle past the truism it’s already become. One day we will each leave this Earth, but our image no longer will. If gods or accomplishments or loved ones do not ensure immortality, at least the corporations might, as there’s no buyer that can’t also become a seller. 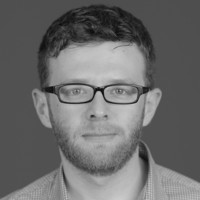 SPENCER KORNHABER is a staff writer at The Atlantic, where he covers pop culture and music.

Get the latest issue now.

Subscribe and receive an entire year of The Atlantic’s illuminating reporting and expert analysis, starting today.