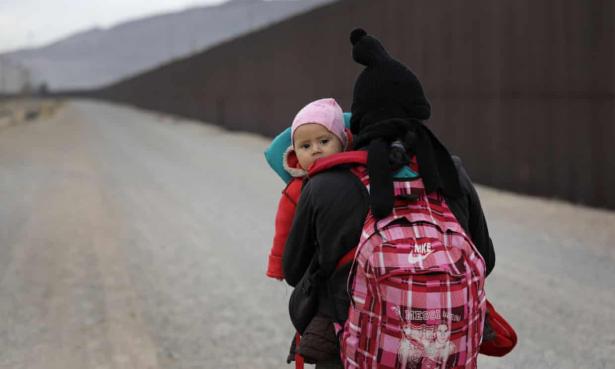 The Trump administration is still tearing young children away from their parents when they cross the US-Mexico border unlawfully, despite formally ending the policy of family separations last summer, according to immigration advocates in Texas. 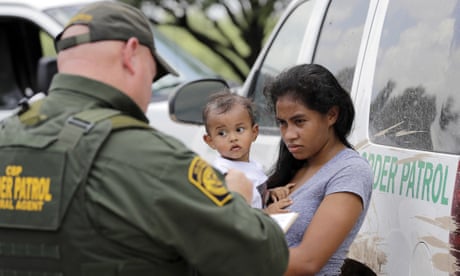 In El Paso on Monday, on the day Donald Trump held a rally in the border city, a mother sobbed as she told how she arrived in the US from Honduras last October and had her two daughters, aged five and three, taken away from her without explanation.

It was a month before she was allowed to speak to her girls, by phone, and then see them for one hour a week. They were reunited after four months and are now staying in El Paso, in western Texas, while authorities process the asylum application of their mother, Yeimi, who asked to withhold her last name out of security concerns.

“It was four months in which I got very depressed and very anxious. I felt I couldn’t control it but I knew I had to do my best to keep my daughters calm when I spoke to them on the phone, even though I wasn’t,” Yeimi said on Monday at Annunciation House, a local not-for-profit in El Paso that shelters immigrants released by Immigration and Customs Enforcement (Ice).

When she first got to speak to the young girls, after they were taken away by Customs and Border Protection, she said: “My daughters cried a lot and told me they needed to be with their mother.”

Taylor Levy, legal coordinator for Annunciation House, said Yeimi’s case is not an anomaly. She said Annunciation House receives one or two calls a week about new cases of family separations – and that is just cases their agency knows about in the El Paso area.

Between May and June last year, the administration divided thousands of children from their parents, detaining them in separate facilities, after announcing a “zero-tolerance” policy against illegal border crossing from migrants seeking refuge or a new start in the US.

Trump officially ended the policy in June amid growing uproar over scenes of distress as families were torn apart, adults harried through criminal courts and children, including babies and toddlers, kept in often harsh detention facilities.

Trump said at the time that he made the executive order to end the policy because: “I didn’t like the sight or the feeling of families being separated.”

But there is plenty of evidence, including from a government report, that families had been separated months before the official implementation of the policy in May 2018, and that families have continued to be separated since, all while the government has had difficulty reuniting children they had removed.

On Monday night, moments before Trump spoke at the rally in Texas about his long-promised border wall, it was announced in Washington that parents are suing the government over family separations, claiming “inexplicable cruelty” over children being taken away. 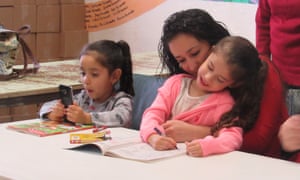 Back in El Paso, Yeimi explained that, like many other Hondurans, she was fleeing her country due to the levels of violence and limited work opportunities there.

Also at the event at Annunciation House was Óscar Vides, a native of El Salvador who had to flee home with his siblings after his parents were murdered there in 1988. He and his siblings were granted asylum and Vides graduated from the University of Texas at El Paso, became a US citizen and began a career at a pharmaceutical company. His siblings found work, variously, as a cook, a teacher and government workers, Vides said.

He said it deeply bothers him when Trump labels people as criminals who are simply in the same precarious situation he once was in.

“Every time you are labeling them or using them for political gains, you’re using me,” he said.

Edwin Delgado is a freelance reporter, focusing on immigration and border issues. He is based in El Paso, Texas