tv What Can ‘True Detective’ Tell Us About Race?

The casting of Mahershala Ali provided an opportunity for the HBO show to explore new themes it its third season, but in the end it all felt a little vague and perfunctory 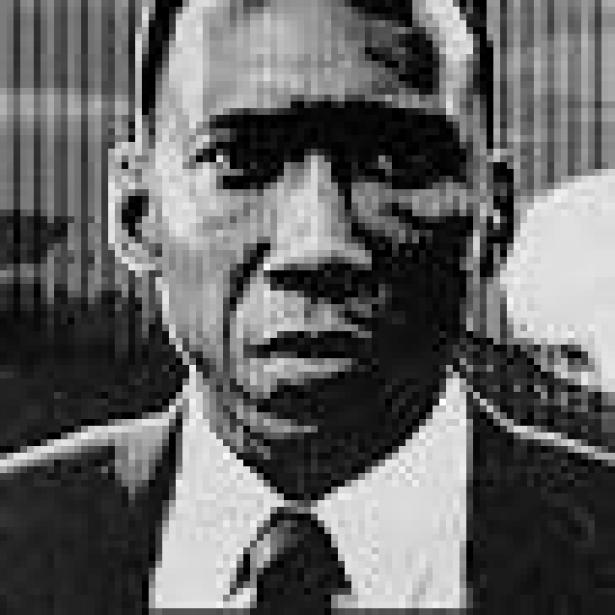 True Detective returned to form in its third season, you’ll have read somewhere on the internet by now. And maybe you’ve felt this yourself, if you’ve been tuning in to HBO each Sunday night for the past few weeks to watch people rip cigarettes and do terrible things to each other. Each week I wondered about the same things I did in 2014: whether that one person was still alive; how this other person died; and how this could all be some rich white guy in a Lincoln Continental’s doing.

To varying levels of success, True Detective has examined masculinity, Pyrrhonism, and the big and small ways in which people destroy or distance themselves in the aftermath of a … I was about to say a great tragedy, but True Detective treats evil as banal. So I may have expected more than I should have when I saw Mahershala Ali seemingly chewing on a wasp in all the Season 3 promos. There was an opportunity for True Detective to explore themes about race it hasn’t tried to in prior seasons. But though each episode has something—a heated exchange, a squad car confessional … OK, it’s usually a heated exchange—what True Detective has to say about race is generally inexact, and feels a little ad-hoc. Often it was as if the show wanted to score points rather than make statements.

Like, this was an honest-to-god line in the second episode, “Kiss Tomorrow Goodbye”: “I’m interested in the intersectionality of marginalized groups within authoritarian and systemic racist structures.” Sarah Gadon, who plays Elisa Montgomery, the host of the investigative journalism show True Criminal, hides a bit of a smirk in her delivery of this mouthful, because I mean, that is a collection of words. Gadon seems to know it, and you’d hope series creator Nic Pizzolatto knows it, too: the familiar irony of a well-meaning white lady spraying a bunch of buzzwords around while also calling Wayne “marginalized” to his face. The show renders the question she puts to Wayne as rhetorical: “Did you ever feel your leads and theories were discounted because of your race?”

Prejudice was maybe less of an impediment to Wayne and the investigation than the municipal election cycle, but the show makes a lot of gestures toward it. Think about when Wayne and Roland first go to the Purcell house in 1980. A pair of beat cops follow Wayne’s orders to knock on doors and the shot lingers to show them heading off to do so under visible protest. There’s also a scene in the first episode in which a town hall meeting is convened to share details and best practices in the wake of the Purcell kids’ disappearance. Like trees blotting out the sun, citizens raise concerns over city parks and thoroughfares being turned into gathering places for junkies and queers when the forum is opened to questions that should’ve been about canvassing and curfew. And let’s not forget the entire Brett Woodard arc, from official neglect to police harassment to regular harassment to hate crime to unbelievably deadly revenge shootout—and finally, the conviction in absentia that halted the investigation in the first timeline.

There’s the way Roland says “Purple,” too. Stephen Dorff delivers Hays’s nickname in this pack-a-day voice that’s so warm and affectionate and comforting you forget, briefly, that it is—what’s the word people have been using for this—racially spritzed? To be clear I love Roland, the way he says fangerswhen specifying just how much Southern Comfort he’d like, and honestly, the nickname “Purple Hays,” which would sort of be a cool one to have. His and Wayne’s relationship feels genuine and human and alive and colorful, by which I mean race is a factor in it. Two of their biggest fights are about race; the first after Roland fails to stop the department from going public with information that mostly just sets the community on edge (“They ain’t my tribe, man,” Wayne says), and the second, a big blowout in the penultimate episode when Roland doesn’t say “nigger,” but wants Wayne to know that he’s thinking it. The scene is written to be emotionally affecting, but I found it mostly hilarious, because what, exactly, was I supposed to glean from it? Has Roland been waiting to say that for the however many years he and Wayne have been working together, or did he just get carried away? Is a tendency toward racial aggression always bubbling under the surface, or is it an extreme that good people are driven to only when put under immense pressure? Is either acceptable? In that sense, race relations are to Season 3 as misogyny was to Season 1: a flourish, a stepping stone, or a talking point, but not an actual focus.

To be fair, the upper bounds of what True Detective can reasonably say about race are kind of baked in; one lead is a man who thinks pretty uncritically about himself, and the other is a white guy with a heart of gold. There’s also the fact that the series lead wasn’t originally written for a black actor. Mahershala Ali, now a two-time Oscar winner, had to sell Pizzolatto on the idea that that True Detective’s third outing could work with a black man as the central character of the story.

Which probably explains why everything True Detective has to say about race feels a little vague and perfunctory. We know now, obviously, that Ali succeeded in convincing Pizzolatto on the idea of a black lead, and that the show can work with one. You’d just hope, as the series continues, that it’d feel a little less like it could’ve worked just as well the other way.