labor From Exploited to Empowered – My Journey as a Domestic Worker

Novelita Palisoc became a domestic worker to support her family in the Philippines. She now is president of a local union affiliated with the International Domestic Workers’ Federation, a global organization of half a million domestic workers. 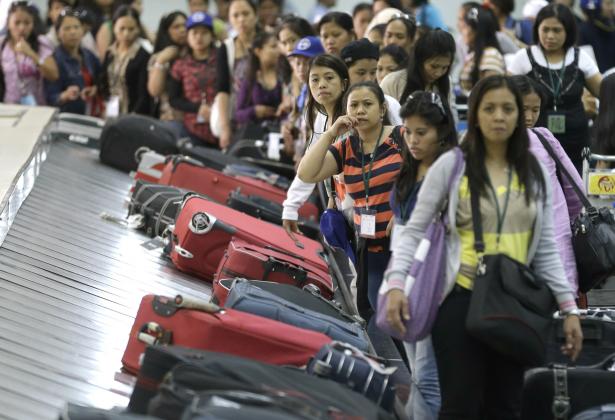 The outpouring of workers to other countries has paid off for the Philippines financially, sending more than $20 billion into the country last year. But horror stories of Filipinas beaten, molested and left unpaid elsewhere in Asia and the Middle East hav, Los Angeles Times

I didn’t want to become a housekeeper. For me it was a shameful job – the lowest form of work. People look down on you. I wanted to be a teacher. But I had no option. My parents are farmers. I have 10 brothers and sisters. I had to earn money to support my parents. I became a domestic worker as you don’t need any qualifications and it was the easiest way to earn money.

My employers in the Philippines never treated me well. No appreciation, no social benefits, no paid overtime, no limit to the types of work I had to do or the hours.

My next such job in the Gulf was even worse with all of the above, plus my boss took half my pay away. I had to survive on table scraps and suffered sexual abuse. I had no immediate way out as I could only get my exit visa upon the end of my contract. I endured the exploitation for two years, isolated in a foreign land without friends or being able to speak Arabic.

I finally made it out. In the Philippines, I qualified as a teacher, but my dream job provided no social benefits and I was paid late. So, I returned to housekeeping.

My friend convinced me to join a domestic workers union. It was a real eye-opener. I learned about my rights and the responsibilities of the employer. This changed my life.

I was elected President of a union chapter. Then, I became national President. In just three years, our union grew from 200 to 2000 members, despite many domestic workers being scared of joining, not having time or not even knowing they are domestic workers. There is strength in numbers. We joined the International Domestic Workers’ Federation, a global organization of half a million domestic workers. I now represent Asia in the Federation.

We listen to domestic workers, and defend and promote their rights. Our members tell us that now they are able to better negotiate with their employers, ask for additional days off, receive social benefits and stop sexual harassment. They know that they should be treated with dignity and respect, valued as contributors to the household and family.

There are 70 million domestic workers around the world who face the same risks as I did. The ILO Domestic Workers Convention (no.189) spells out the requirements for decent work for domestic workers. We are grateful to have these good rules of the game which make our lives much better.