labor Is Sacramento the Next Big Fight in #RedForEd Wave? 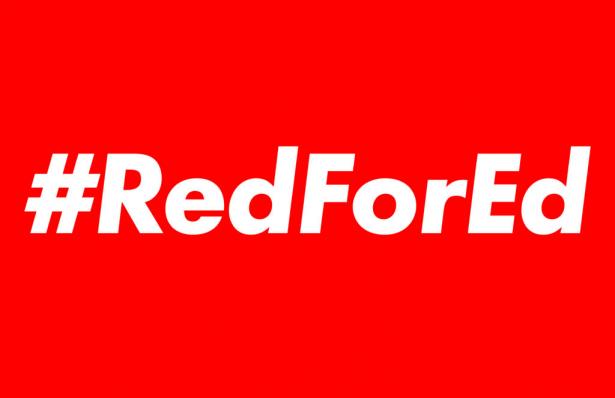 The #RedForEd Wave has already swept through Los Angeles and Oakland this year, with thousands of brave educators going on strike and leading massive movements to fight for the soul of public schools. Is Sacramento the next big fight of the Educator Uprising?

The SCTA bargaining team offered to meet with SCUSD at the end of the month to give the district an opportunity to correct its ongoing unlawful behavior. If SCUSD’s conduct and unfair practices continue, the executive board is authorized to set a strike date, likely in the next month.

“It’s truly unfortunate that teachers may be forced to strike to get Superintendent Jorge Aguilar, Board President Jessie Ryan and other district leaders to obey the law, including things as simple as agreeing to meet with us and honoring agreements they signed 15 months ago,” said Sacramento City Teachers Association President David Fisher. “What kind of example are they setting for the 40,000 students in our district?”

If 2,800 Sacramento City educators do indeed go on strike, it would be the first #RedForEd-era strike in the country over unfair labor practices and a school district reneging on a contractual agreement. SCTA says SCUSD’s continued unlawful activity is giving them no choice but to take direct action. These transgressions include:

SCTA has also challenged the legality of recent school board actions to lay off 400 educators in light of alleged violations of the Brown Act’s open meeting requirements (detailed here and here). Additionally, SCTA has questioned SCUSD’s gross fiscal mismanagement—the district stands on the brink of state takeover due to insolvency, particularly in the aftermath of a scathing audit by the State of California’s Fiscal Crisis Management Assistance Team. If all that wasn’t enough, there are also serious unanswered questions about potential conflicts of interest by Superintendent Aguilar and other top district administrators. Recently, the California Joint Legislative Audit Committee directed the state auditor to conduct a forensic audit of SCUSD due to growing concerns of fiscal mismanagement.