Trump Administration Wants to Use Social Media to Monitor Disabilities

The Social Security Administration once again is floating an extremely ableist proposal: using social media accounts, such as Twitter and Facebook, to monitor people with disabilities who receive disability benefits from the government. 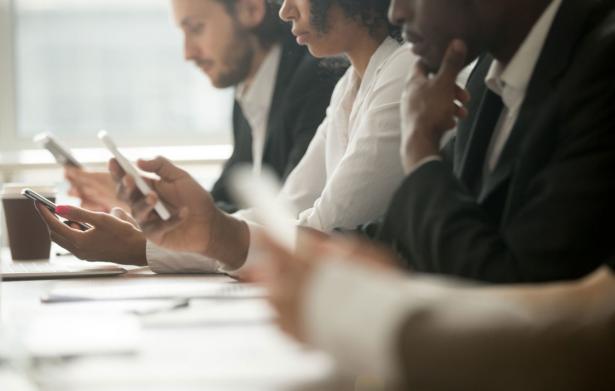 People with disabilities are right to be worried about the implications of this proposal., fizkes/Shutterstock

The agency is arguing this is necessary to fight fraud, ensuring that people who “aren’t really disabled” won’t be able to collect benefits. For the disability community, the implications of this proposal are significant — and very scary.

The government provides many forms of disability benefits. But most people think of Social Security Disability Insurance and Supplemental Security Income when they hear “disability.”

Social Security Disability Insurance is paid to people who worked at some point during their lives. It’s linked to their earnings, with people generally making less than $1,200 in benefits every month.

Supplemental Security Income is paid to people who have very limited income, and it’s means-tested. People on this program have very strict income and asset limits. If they make too much money or have too much in savings, they can be dropped from the program and may lose eligibility for other means-tested programs, such as Medicaid. Some argue these limits are artificially low, keeping people in poverty.

To receive these benefits, people have to provide evidence of disability. The government can investigate people prior to paying out benefits, and it may open up an investigation at any time if it thinks someone is behaving fraudulently. Medical records can be a compelling source of evidence here — as can checking out someone’s social media, interviewing friends and family and sometimes even sending an investigator to look into a person. These are all tactics private insurance companies use, too. And in some cases, social media companies have fought to protect data.

So what the government wants to do is not exactly new, but it does want to expand it. Keep in mind that according to the Social Security Administration’s own data, the fraud rate is less than 1 percent, which is extremely good. But when government agencies start investing heavily in “fighting fraud,” they can end up outlaying more cash for a relatively low return.

Some may be wondering what the problem with monitoring social media is. If it doesn’t cost that much and identifies people who are falsely reporting their disability status, what’s the big deal? Well for one, it’s invasive. It is a form of surveillance. And most people active on social media probably feel that there’s a big difference between putting information out there and having the government compile it — especially if the government is using subpoenas to access data that may be locked or hidden.

There’s another issue, though: Disability can be highly variable. As the #AmbulatoryWheelchairUsersExist hashtag reminds people, disability can present differently from person to person and day to day. One person might need a wheelchair full time. Another person might be able to stand and walk short distances. A person with debilitating chronic pain might smile for a photo or push through the pain to enjoy a concert with friends. And the knowledge that the government is hovering over your social media may make people feel like they can’t express themselves.

Some people with disabilities rely on the internet as a tool of self-expression — and an instrument of political activism. For them, having to curtail their social media activities to avoid being accused of “not looking disabled enough” could stifle their creativity and hurt the community at large. People with disabilities network a lot online, and being honest and authentic about each other’s lives helps people connect with members of their community. Sometimes people learn from each other’s experiences. And open conversation leads to seeking a more accurate diagnosis or asking for help with an issue someone didn’t even realize was a problem.

People with disabilities are right to be worried about the implications of this proposal, especially because it hooks into larger conversations about surveillance and social media. Even if you think it’s OK to spy on people as a condition of receiving benefits, would you feel comfortable with the government deciding that your social media needed to be monitored?

s.e. smith is a writer, agitator, and commentator based in Northern California, with a journalistic focus on social issues, particularly gender, prison reform, disability rights, environmental justice, queerness, class, and the intersections thereof, with a special interest in rural subjects. smith delights in amplifying the voices of those who are often silenced and challenging dominant ideas about justice, equality, and liberation.