This study, published as Appeasing Hitler in the UK, focuses on a vain, narrow-minded prime minister, and on how few Britons understood the Third Reich. The book will be published in the USA in June under the title Appeasement. 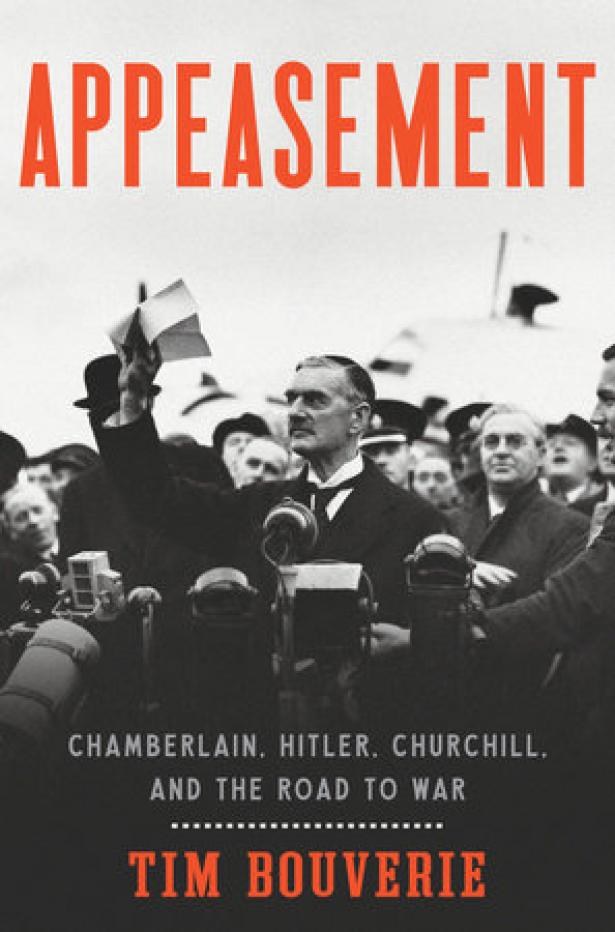 Appeasing Hitler comes garlanded with tributes from almost a dozen distinguished historians and writers. It is, the publisher tells us, “the first major narrative account of appeasement”. I spent a pointless quarter of an hour trying to come up with a construction that would render this claim true. Is it that the groaning shelves of books on appeasement in our libraries and bookshops are, because they make some analytical points, not “narrative”? Or is it that AJP Taylor, Donald Cameron Watt, David Reynolds, Richard Overy, RAC Parker, Martin Gilbert and all the other historians who have tilled this furrow (all cited by Tim Bouverie), not to mention Winston Churchill himself, are somehow not “major”?

The more sensible question is: as this is an anything- but-untold story, does Bouverie retell it in an interesting, readable way? The answer is yes. This is a good example of political history of a particularly British kind: pacy, personality-driven, self-consciously writerly and ever so slightly moralistic. There are limits to this sort of history, about which I’ll say more, but it certainly has its pleasures. It is a genre that takes for granted that the course of the British ship of state is charted by ministers responsible to parliament. One can see why this genre might be attractive at this moment.

Appeasement can be told as a story about how the western allies sought to respond through concession to a series of territorial claims and grabs (Manchuria, Ethiopia, Austria, Czechoslovakia) by the so-called revisionist powers (Japan, Italy, Germany). But it is more commonly told, especially in Britain, as the narrower story of how and why the ostensibly “national” but largely Conservative government, led by Stanley Baldwin and then Neville Chamberlain from 1935, essentially did Hitler’s work for him, declining to respond to early provocations and then working out the 1938 agreements over Czechoslovakia that handed over the richest portion of that sole remaining east European democracy. Bouverie tells that latter story, providing some crucial context about the 1919 Versailles settlement and the reasons so many British statesmen felt guilty about their part in making it, but essentially beginning with Hitler’s rise to power. He takes us expeditiously through the 1935 Abyssinian and 1936 Rhineland crises, agreeing with scholars who have seen the latter as the last moment when Britain and France together could have easily curtailed Hitler’s aggression, but out of an excess of caution and some mutual mistrust declined to do so. But the bulk of the book treats the period of Chamberlain’s premiership, when appeasement became, as Bouverie aptly puts it, not a “reactive and desultory policy, tempered by scepticism”, but rather an “active, positive policy, which would carry all before it”.

A small number of “evangelical appeasers” drove it: Chamberlain; his foreign secretary Lord Halifax; his closest adviser Horace Wilson; the ambassador to Germany, Nevile Henderson. Bouverie sketches their motivations but also pays attention to three enabling contexts – military preparedness, public opinion and party politics. After it was all over, defenders of appeasement argued that it had at least provided a breathing space in which to rearm, but Bouverie argues (following the balance of scholarly opinion) that added time if anything helped Germany more, and that the “appeasers” were seeking to limit the costs of rearmament, not to buy time for rearmament, anyway. In this they had the support of “public opinion”, for the nation had understandably had enough of war and – being a democracy – was privy (as Germans were not) to an open debate about the likely devastating effects of bombardment.

Bouverie nicely pauses to survey travelogues and reportage about the Third Reich, giving a sense of how little most Britons knew or cared about the Nazi regime. But the main enabling context was party politics, both because Chamberlain (and his chief whip) kept a tight grip on the Conservative party (Churchill was thought too bellicose and Anthony Eden genuinely was too vacillating to unseat him; only 30 Tories abstained over Munich) and because the opposition Labour party was long more committed to opposing rearmament than to building an armed alliance. These were the contexts that enabled appeasement to flourish.

But the policy required commitment too, and Bouverie shows how Chamberlain provided it, discounting warnings about Hitler’s character and aims even after his most stalwart allies – such as Halifax – deserted him. Why did he? We are left with arguments about “character”: Chamberlain was shy, prickly, arrogant, narrow-minded and above all vain; once he had made up his mind, he thought criticism “disloyal and personally hostile”. His sisters Ida and Hilda provided unalloyed adoration. “I have only to raise a finger and the whole face of Europe is changed!” he wrote to Ida in August 1937; on 12 March 1939 (three days before Hitler invaded the rump Czech state) he told Hilda that he was certain that he could save Britain and no one else could.

And so an umbrella-carrying, narrow-minded narcissist determined the course of history. With other leaders, it seems, things could have turned out so very much better. And yet, while contingency and accident always matter (for want of a nail, the kingdom was lost), this kind of personality driven narrative occludes much. To understand not just Chamberlain’s actions, but why Britain and France again faced an expansionist and irreconcilable Germany, we need a broader canvas.

Particularly, we need to take into account global – especially global economic – conditions and convulsions. Hitler translated German revanchism into harshly racist and territorial terms, but it’s worth recalling that every German party after 1919 save the Communists was determined to revise eastern borders and reabsorb former German territories. Could that bitterness have been overcome – or perhaps outlived – not through territorial adjustment but by making borders matter less all around? That was a project on which the canny Weimar statesman Gustav Stresemann and most liberal economists (including those running the League of Nation’s economic and financial section) could agree in the 1920s – a rather different type of appeasement. It failed when states responded to the 1929-31 depression by moving in exactly the opposite direction, throwing up tariffs and tying trade more closely to the flag. The world was a more dangerous place in 1933 than in 1929 not only because a racist demagogue had seized control of the German state but because of that wider context of bloc-construction and what we might call “re-territorialisation”.

We seem to be on the brink of another such moment now, which makes reading this book an odd experience. Bouverie delivers a warning of the danger of giving in to dictators – and certainly there are plenty of tin-pot demagogues around today inviting historical comparison. The problem is they are not now the only revisionists around. The supranational institutions that stabilised the postwar order were built on the pillars of an Anglo-American alliance and Franco-German rapprochement; today, the US and UK appear to be losing faith in that project. I’m not sure we should be telling ourselves these just-so stories at a moment when we are making the world, to the consternation of our neighbours, more uncertain and dangerous.

Susan Pedersen’s The Guardians: The League of Nations and the Crisis of Empire is published by Oxford.