All candidates for political office in 2020 must speak to the issues of Puerto Rico and Puerto Ricans for a terrible injustice continues unabated. 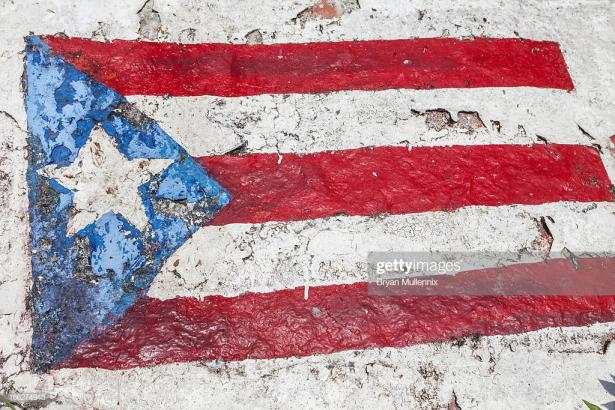 Since 2006 there has been an accelerated outward migration of Puerto Ricans from Puerto Rico. By 2017, the Puerto Rican population in the United States had grown to 5.5 million U.S. citizens, significantly out-numbering 3.5 million Puerto Ricans who remain on the island. Puerto Ricans today reside in every state of the union. These Puertorriqueños could become active advocates for ousting the Trump administration from the White House come 2020 national elections. And if progressive activists make an effective connection between the island’s crawling recovery from the ravages of Hurricane Maria, with the colonial status of the U.S. territory, the decolonization of Puerto Rico can be better perceived as a viable alternative both by the people of Puerto Rico and the people of United States.

Ignoring decolonization of Puerto Rico by the U.S. Congress greatly retarded the island’s recovery. All candidates for political office in 2020 must speak to the issues of Puerto Rico and Puerto Ricans for a terrible injustice continues unabated.

Historically, social-economic crisis beget mass migrations. Today, the largest Puerto Rican populations in the United States live in the states of Florida and New York. Both states accommodate respectively 1,135,447 and 1,115,474 Puerto Rican residents. Other states with substantial numbers of Puerto Rican newcomers are New Jersey, Pennsylvania, Connecticut, Massachusetts, Ohio, Virginia, Georgia, and North Carolina in the south/north-east. Among the west/mid-west states there’s California, Illinois, and South Texas along with the rapid-growth states of Indiana and Northwest Washington State. In New York and Florida alone there are over 1,601,019 eligible Puerto Rican voters. Nationally in the U.S. there are 3,833,672 eligible Puerto Rican voters. It is interesting to recall that Hillary Clinton won the popular election by about 3 million votes while the anti-democratic Electoral College snatched actual victory from her.

Forces that Drive the Island’s Crisis

Puerto Rico's most recent economic crisis materialized at the end of the latest cycle of tried and failed economic policies. These policies have been historically conditioned by the island's colonial relationship to the U.S. federal government and stateside corporate interests in collusion with a misguided and often corrupt insular political elite. Chronicled in the pages of El Nuevo Dia, a series of articles describe the island's economic crisis as a result of the latest federal and corporate economic policies that seem to come in cycles of 30, 20, or less number of years, stretching back to shortly after the U.S. military invasion of the island in 1898. A review of the articles, many of which were written in Spanish by Emilio Pantoja Garcia, show that in 1901-three years after the invasion-U.S. corporate interest focused on the monopolization of Puerto Rico's agriculture, namely, the sugar industry.

The federal government abetted this process with friendly customs and shipping regulations that facilitated access to U.S. markets. This was the heart of the economic strategy that ended in 1934. When work conditions and low wages led to labor unrest, and absentee owners of the sugar industry found more lucrative conditions outside of Puerto Rico, the federal government imposed limits on sugar imports from the island thus singling the beginning of the end of "King Sugar," and with it, the elimination of thousands of jobs.

The economic policy that followed was stimulated by U.S. corporations seeking to establish low-wage, non-unionized, and export oriented light industry on the island. The federal government supported this strategy by exempting Puerto Rico from the Federal Labor Standards Act. Congress also passed Section 931 of the Internal Revenue Code, which exempted light industry companies from paying local taxes while its owners took full and free advantage of the island's publicly financed infrastructure. This coupled with free access to continental markets, accelerated the creation of numerous assembly-line production plants that churned out a variety of textile, cheap electronics, children's toys, and other labor-intensive products.

Concurrently, the first massive Puerto Rican Diaspora was entering its beginning stages. This economic cycle went into crisis-mode in the 1960s after the U.S. government negotiated the General Agreement on Tariff and Trade (GATT). The result was a reduction of tariffs on light industry imports to U.S. markets from Asia, Mexico, and other Caribbean islands. Around the same time the Federal Minimum Wage Board, under political pressure, began pressing the Puerto Rico government to raise the island's minimum wage. These measures took their toll on the Puerto Rican economy thrusting insular and stateside colonialist into a desperate search for yet another economic development strategy that would lure U.S. capital. That turned out to be an agreement between the local colonial administration and Phillips Petroleum. The agreement essentially created the petrochemical industry of Puerto Rico. It was constructed mainly on the southern portion of the island. In 1965, by federal presidential order, the Secretary of the Interior launched a petroleum import quota program, stimulating petrochemical industrial development, along with the creation of numerous jobs and wide-spread environmental pollution. This third cycle of economic activity ended in 1973 when another presidential order cut-off petroleum import quota from Puerto Rico. The shut-down was sealed with the expansion of the Organization of Petroleum Exporting Countries (OPEC), an international cartel that at the time effectively regulated production and pricing of crude oil.

The search for yet another economic development strategy that would bolster both jobs creation and U.S. corporate profits motivated a series of reports (Tobin, Echnique, Kreeps), which in turn led Congress in 1976 to amend yet again the Internal Revenue Code converting Section 931 to Section 936. This amendment established a tax exemption for high tech, capital intensive manufacturing corporations that settled subsidiaries in Puerto Rico. It allowed them to repatriate earnings at any time without paying federal taxes. The change helped bring new industrial activity into the Puerto Rico economy. These included the manufacturing of pharmaceuticals, advanced electronics, scientific instruments, and patented drinks. This cycle lasted until 1995, when amid a popular, anti-corporate welfare outcry, the Clinton Administration managed to repeal Section 936 providing a grace period that expired in 2005. Many companies thereafter moved their operations to the Cayman Islands.

No other economic development strategy for the island has been articulated ‘til this day. The Financial Crisis Insular fiscal policies, mainly the decades-long selling of municipal bonds to private investors to defray government operations and payroll - along with the accumulation of public pension obligations - produced a public debt of $120 billion. Puerto Rico’s debt is larger than its $69.6 billion Gross National Product.

The Great Recession in the United States was another body-blow to the island’s economy. On 8/3/ 2015, the insular government officially went into default. Although unfolding for over 30 years, it has been in the last thirteen years that Puerto Rico's fiscal and economic crisis has reached a state of economic depression. Puerto Rico has been thrust into a downward spiral of mass emigration, tax hikes and government benefits cuts. Sales tax went from 7 percent to 11.5 percent.

The situation was worsened by a 1920 law referred to as the Jones Act that prohibits 85% of Puerto Rico imports – the island’s main source of sustenance – from being carried on foreign ships. The U.S. owned shipping industry is among the most expensive in the world, ballooning prices for all commodities including food in Puerto Rico by some 20 percent higher than in the states. In the last ten years the colonial government, one of the primary employers of Puerto Rican labor, has laid off tens of thousands employees, some estimates place the number of lay-offs to over 42,000.

Puerto Rico's economy has shrunk more than 20 percent in the last twelve years. Official unemployment is close to 18 percent with a labor participation rate, those working or looking for work, of less than 43 percent. Poverty on the island is 42.8 percent. In 30 years Puerto Rico's private sector economy, dominated by U.S. capital, lost some 270,000 jobs. Because of the crisis, Puerto Rico is losing its population at the rate of 100,000 per year.

Almost 300 Schools have been closed and the health care system is drastically underfunded. Fire Stations, Police Precincts, and Correction facilities are operating on shoe strings. These are just some of the symptoms of an impending socio-economic collapse. These dire circumstances led the Puerto Rican political elite to petition the federal government to allow the insular administration declare bankruptcy as the mechanism for rescheduling debt repayment.

The federal response was the creation of the Puerto Rican Oversight, Management, and Economic Stability Act or PROMESA, meaning “promise” in Spanish. PROMESA empowered a fiscal control board supervised by a federal court that would control all insular government spending until the financial situation is settled. That meant the island’s elected governor and legislature would have no power over the public purse.

Then came Hurricane Maria. On top of a financial and economic crisis, Puerto Rico has been rocked by natural disaster. The storm devastated the island’s infrastructure. It damaged over 357, 492 homes, much of them having to be almost totally rebuilt. It knocked-out the island’s electric power grid, which in turn shut-down water pumps precipitating a cut-off of both water and electricity to a majority of population well into 2018. Almost a year after the storm, the island’s governor updated the death-toll caused by the storm to 2,975.

Puerto Rico must develop an economic strategy that serves the interests of its 3.5 million inhabitance. Puerto Rico must find its place in the globalized division of labor and formulate new approaches to economic development bearing in mind the island's fiscal problems will not be resolved without bringing the economic crisis to an end.

There is no chance this will happen any time soon with a Trump administration in the White House. The president’s lack of empathy was vividly displayed with his accusing the Puerto Rican people of “wanting others” to do for them, rather than “doing for themselves.” And when he disgracefully threw roles of paper towels into a crowd of Puerto Ricans symbolizing U.S. aid. Both gestures humiliated a people in crisis.

For 120 years Puerto Ricans on the island and in the U.S. have transferred enormous amounts of wealth to transnational corporations, which today amount to a yearly combined purchasing power of over $134 billion. Not to mention the profits embodied in the island’s repayment of debt with interests to U.S. purchasers of Puerto Rico municipal bonds, which amounted to predatory loans.

Puerto Rican workers on the island and in the states should not hesitate to demand that the 2020 presidential candidates concretely commit to the provision of resources for repairing the island. That includes the decolonization of Borinquen so the power to decide its future will reside in the hands of Puerto Ricans, not in the halls of the U.S. Congress. This could be a historical opportunity to achieve genuine development for Puerto Rico. We are not talking about aid but rather economic reparations. The Puerto Rican Diaspora can move this process forward by exerting its potential political power in alliance with progressives in the U.S.

Zoilo Torres is  life-long community, labor, and political organizer and former
president of the National Congress for Puerto Rican Rights.