Only Rebellion Will Prevent an Ecological Apocalypse

No one is coming to save us. Mass civil disobedience is essential to force a political response. 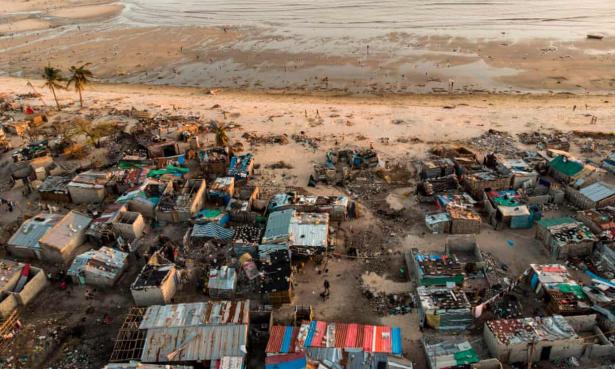 ‘Catastrophe afflicts people now and, unlike those in the rich world who can still afford to wallow in despair, they are forced to respond in practical ways.’ , Photograph: Guillem Sartorio/AFP/Getty Images

Had we put as much effort into preventing environmental catastrophe as we’ve spent on making excuses for inaction, we would have solved it by now. Everywhere I look, I see people engaged in furious attempts to fend off the moral challenge it presents.

The commonest current excuse is this: “I bet those protesters have phones/go on holiday/wear leather shoes.” In other words, we won’t listen to anyone who is not living naked in a barrel, subsisting only on murky water. Of course, if you are living naked in a barrel we will dismiss you too, because you’re a hippie weirdo. Every messenger, and every message they bear, is disqualified on the grounds of either impurity or purity.

As the environmental crisis accelerates, and as protest movements like YouthStrike4Climate and Extinction Rebellion make it harder not to see what we face, people discover more inventive means of shutting their eyes and shedding responsibility. Underlying these excuses is a deep-rooted belief that if we really are in trouble, someone somewhere will come to our rescue: “they” won’t let it happen. But there is no they, just us.

The political class, as anyone who has followed its progress over the past three years can surely now see, is chaotic, unwilling and, in isolation, strategically incapable of addressing even short-term crises, let alone a vast existential predicament. Yet a widespread and wilful naivety prevails: the belief that voting is the only political action required to change a system. Unless it is accompanied by the concentrated power of protest – articulating precise demands and creating space in which new political factions can grow – voting, while essential, remains a blunt and feeble instrument.

The media, with a few exceptions, is actively hostile. Even when broadcasters cover these issues, they carefully avoid any mention of power, talking about environmental collapse as if it is driven by mysterious, passive forces, and proposing microscopic fixes for vast structural problems. The BBC’s Blue Planet Live series exemplified this tendency.

Those who govern the nation and shape public discourse cannot be trusted with the preservation of life on Earth. There is no benign authority preserving us from harm. No one is coming to save us. None of us can justifiably avoid the call to come together to save ourselves. 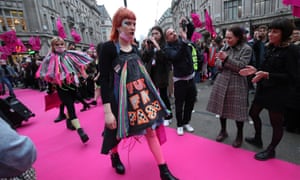 I see despair as another variety of disavowal. By throwing up our hands about the calamities that could one day afflict us, we disguise and distance them, converting concrete choices into indecipherable dread. We might relieve ourselves of moral agency by claiming that it’s already too late to act, but in doing so we condemn others to destitution or death. Catastrophe afflicts people now and, unlike those in the rich world who can still afford to wallow in despair, they are forced to respond in practical ways. In Mozambique, Zimbabwe and Malawi, devastated by Cyclone Idai, in Syria, Libya and Yemen, where climate chaos has contributed to civil war, in Guatemala, Honduras and El Salvador,, where crop failure, drought and the collapse of fisheries have driven people from their homes, despair is not an option. Our inaction has forced them into action, as they respond to terrifying circumstances caused primarily by the rich world’s consumption. The Christians are right: despair is a sin.

As the author Jeremy Lent points out in a recent essay, it is almost certainly too late to save some of the world’s great living wonders, such as coral reefs and monarch butterflies. It might also be too late to prevent many of the world’s most vulnerable people from losing their homes. But, he argues, with every increment of global heating, with every rise in material resource consumption, we will have to accept still greater losses, many of which can still be prevented through radical transformation.

Every nonlinear transformation in history has taken people by surprise. As Alexei Yurchak explains in his book about the collapse of the Soviet Union – Everything Was Forever, Until It Was No More – systems look immutable until they suddenly disintegrate. As soon as they do, the disintegration retrospectively looks inevitable. Our system – characterised by perpetual economic growth on a planet that is not growing – will inevitably implode. The only question is whether the transformation is planned or unplanned. Our task is to ensure it is planned, and fast. We need to conceive and build a new system based on the principle that every generation, everywhere has an equal right to enjoy natural wealth.

This is less daunting than we might imagine. As Erica Chenoweth’s historical research reveals, for a peaceful mass movement to succeed, a maximum of 3.5% of the population needs to mobilise. Humans are ultra-social mammals, constantly if subliminally aware of shifting social currents. Once we perceive that the status quo has changed, we flip suddenly from support for one state of being to support for another. When a committed and vocal 3.5% unites behind the demand for a new system, the social avalanche that follows becomes irresistible. Giving up before we have reached this threshold is worse than despair: it is defeatism.

Today, Extinction Rebellion takes to streets around the world in defence of our life-support systems. Through daring, disruptive, nonviolent action, it forces our environmental predicament on to the political agenda. Who are these people? Another “they”, who might rescue us from our follies? The success of this mobilisation depends on us. It will reach the critical threshold only if enough of us cast aside denial and despair, and join this exuberant, proliferating movement. The time for excuses is over. The struggle to overthrow our life-denying system has begun.

• George Monbiot is a Guardian columnist