Dubbed Supermajority, the group, which describes itself as multiracial and intergenerational, has a goal of training and mobilizing 2 million women over the next year to become organizers and political leaders in their communities. 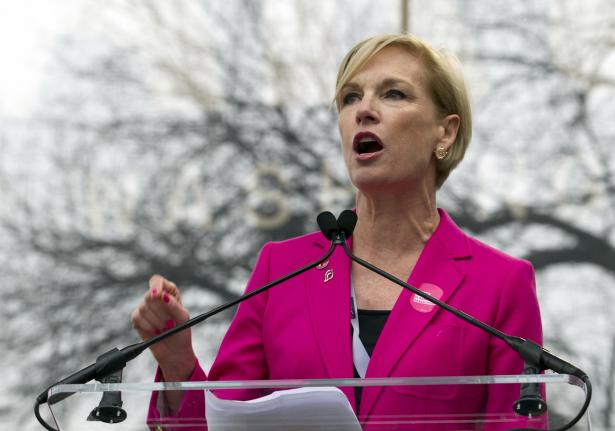 Three of the nation’s most influential activists are launching an organization that aims to harness the political power of women to influence elections and shape local and national policy priorities.

Dubbed Supermajority, the organization is the creation of Cecile Richards, the former head of Planned Parenthood; Alicia Garza, co-founder of Black Lives Matter; and Ai-jen Poo, executive director of the National Domestic Workers Alliance. The group, which describes itself as multiracial and intergenerational, has a goal of training and mobilizing 2 million women over the next year to become organizers and political leaders in their communities.

The effort comes at a moment when women have emerged as perhaps the most powerful force in politics.

Millions of women marched in cities across America to protest President Donald Trump’s election. Women also comprise the majority of the electorate in the 2018 midterm elections, sending a historic number of female candidates to Congress and helping Democrats retake control of the House. A record number of women are also seeking the 2020 Democratic presidential nomination, including four senators.

Richards, who has long been a force in Democratic politics, said women “feel newly empowered and frankly motivated to take action, including so many women who never thought themselves as an activist before.”

Richards, Garza and Poo spent the past year traveling the country talking to women about how to harness their activism. They found that despite increased energy, many women find getting involved in politics intimidating and are unclear about how to do more than just march or protest.

“Women are mad as hell and we’ve been in resistance mode for two years,” Garza said. “Now it’s time to equip people.”

Supermajority isn’t expected to endorse individual candidates. But the group will help educate women about candidates’ positions on issues including pay equity and affordable child care and push politicians to adopt an agenda akin to what Richards called a “women’s new deal.”

The effort will be aided by Libby Chamberlain and Cortney Tunis, co-founders of the Facebook group Pantsuit Nation, which was started in the closing weeks of the 2016 election for supporters of Hillary Clinton. The online community now has more than 3.5 million female members.