Some of Us Are Born This Way: Female Athletes and Testosterone Limits 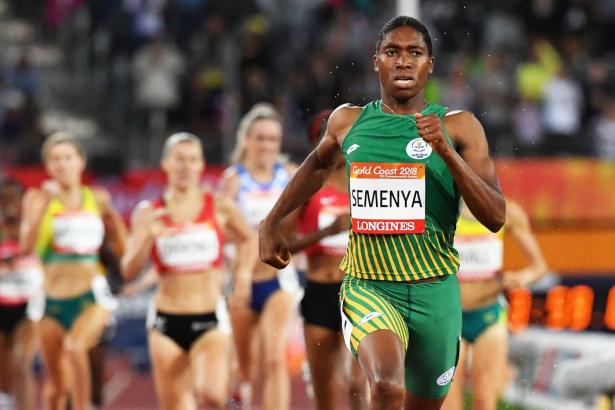 On Wednesday, May 1, 2019, Caster Semenya, the two time-Olympic champion and professional athlete who has competed in track and field since she was a child, lost an important battle in the fight around gender and sports. The International Association of Athletics Federations (IAAF) ruled that Semenya would have to take hormones that would lower her naturally occurring testosterone levels in order to “ensure fair competition in women’s sports.” If Semenya declines the suppressants she cannot compete in the 800-meter races at the Olympics, as well as other international competitions. The ruling concluded that “discrimination is necessary, reasonable and a proportionate means of achieving the IAAF requirement to preserve the integrity of female athletics.”

As an Olympian myself, I find this ruling devastating. I was an extraordinarily fast swimmer as a young girl. I swam for France in the 1996 Olympics, and broke the world record the day before my official race — in practice. I’m writing this from my hotel room in Sydney, Australia, where I’ve been invited to talk about my book Godspeed, a memoir of growing up as a young professional athlete. My wife and I are being well cared for, staying as guests in an exclusive hotel in Sydney, being shuttled around from one event to the next where I am asked insightful and thoughtful questions about my Olympic experience as a young swimmer who swam the fastest time in the world — outside of competition — and bombed on the actual race day. Caster Semenya’s accomplishments outshine my own by entire solar systems and galaxies, and yet, her plight is the plight of all natural athletes.

Watching Caster run is like watching history happen in real time — her perfect form, her stride and her muscles conspire in absolute ownership of her race. For me, she stands next to Pelé, Michael Phelps, and Brittney Griner in the enormous bound forward with which she has taken her sport. The truth is that most athletes have to content themselves with striving. Very few will change the landscape of sports. The number of professional athletes in the world is small, and the number of athletes who are truly gifted — who entirely change how we think about their sport — that number is so much smaller that we all know them by name. Like other athletes who can slam dunk, play soccer like they are dancing, and win a record-breaking 28 gold medals, Semenya has elevated the bar of speed toward which all women runners can gaze, and hope to one day beat.
Get unlimited access to The Cut and everything else New York. LEARN MORE »

When I was swimming, I remember how, on the rare occasion that a new record would be set, it would break me and my teammates’ brains open. I wept in admiration and awe the first time a female swimmer swam under 54 seconds in the 100 freestyle — a feat, which up until that point (laughably) had been considered an actual physical impossibility for a female athlete.

A key part of the argument made by the IAFF this week revolves around the data that most females have about 0.12–1.79nmol/L of testosterone in their bodies versus males, who have 7.7–29.4nmol/L. Caster falls within the latter range. I threw my phone across the room when I read the ruling.

Since the age of 12, I have been six-foot-two. I also have Erlhos Danlos Syndrome, a degenerative condition of the connective tissue. One of the “symptoms” of EDS is very long arms, disproportionate to the average wing-span of the human body, plus large feet and big hands. The average female hand size is about 168 millimeters. The average male hand size is about 188. Mine are 205 millimeters. My shoe size is similarly more “male.” Why does this matter? As a swimmer, big hands and big feet are basically the equivalent of flippers and paddles — our very own naturally occurring physical advantage. These genetic advantages, coupled with discipline and hard work, made me unstoppable in the water. Michael Phelps has a similar naturally occurring advantage, and Ian Thorpe here in Australia was so well known and celebrated for how disproportionately big his feet where that his nickname was “Flippers.”

All of us, even me as an unruly, irreverent athlete, were celebrated. One difference I cannot help but notice between myself, Phelps, and Thorpe versus Caster, is whiteness. This is important, and especially so when we begin to look at the make-up of the ruling board members.

The ethics board of the IAAF (who oversees authenticity and integrity in athletics) is made up of ten members, three of whom are women. Only one member is black. The ruling party of the CAS (the body that litigates grievances brought by athletes to the IAAF and who submitted the final ruling) has 19 members, nine women, only one of whom is a black woman. The majority of the judges are from the global north, almost all of whom have been educated in a former colonial empire like the U.K. Rulings like this, particularly when they fall on the bodies of women, queer women, queer women of color, must be called out immediately for what they are: misogynist, racist, and homophobic.

Caster Semenya is a gift to her sport. For a board to rule in favor of artificially inhibiting her performance in order to level the playing field is the antithesis of sportsmanship. No conclusive evidence exists to suggest that testosterone correlates to enhanced performance. A true phenomenon, Semenya should be celebrated for her contributions and accomplishments, not punished for her gifts. Shame on the sports-ruling parties for having such a limited understanding of what it means to be an athlete, and for failing to consider that the issues lie with the binary gender categories that we use to categorize participants, not the athletes themselves. How dare they limit a phenomenal athlete for being born this way.