From Notre Dame to Flint, Our Giving Exposes Who We Are

Authors Wei Jia and Project South’s Azadeh Shahshahani explore why the cathedral is being rebuilt by billionaires, but—five years after the water crisis began — Flint still doesn’t have safe water. 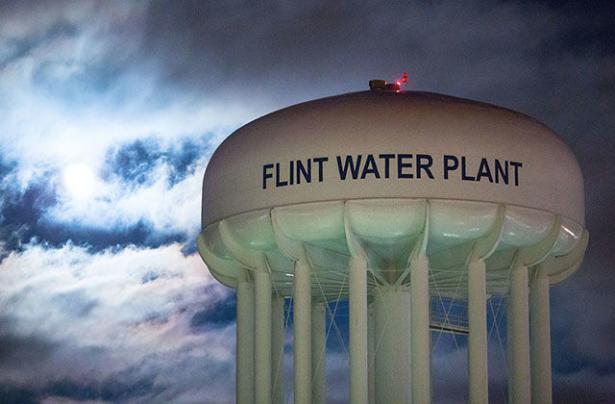 We have seen an outpouring of compassion in the form of donations for the repair of the Cathédrale Notre-Dame de Paris. Within the span of a few days, more than a $1 billion was raised, enough to cover the entire estimated cost for a full reconstruction. And more money and support is still to come, as Emmanuel Macron has pledged France’s financial support.

But tragedies involving Black and Brown people around the world have attracted far less proportional funding. On both the private and public front, the capital required to address acute crises—and the long-term support needed for healing and reparations—falls far short.

On the fifth anniversary of the poisoning of Flint’s water as a result of state mandated cost-cutting measures, the majority Black residents of Flint still do not have a guarantee of a clean supply. In the meantime, they’ve grappled with the fallout of the deaths of loved ones, a major spike in miscarriages and ongoing illnesses. One in 10 children living in Flint had blood lead levels above the amounts considered safe by the CDC, which puts them at higher risk of developmental disability. To date, public donations for Flint have topped out at around $40 million, covering just 10 percent of the funds needed to even partially repair the water system.

Similarly, Hurricane Maria devastated Puerto Rico in 2017 with damages to the island estimated to be more than $139 billion with a total death count of nearly 3,000. As Congress bickers over funding for disaster relief, barely a tenth of the funds Puerto Rico requires has been directly allocated by the United States government. In all, public donations to Puerto Rico has amounted to a little over $30 million, much lower than the aid afforded to other locales in recent memory.

Some attention has been paid to tragedies like the burning of Black churches in Louisiana by a White supremacist. Supporters sent $1.8 million, but this is less than 2 percent of the funds raised for Notre Dame. While the churches can rebuild, the systemic racism and historic injustice that produced this arson remains unaddressed. After all, this incident only adds to a long list of attacks against Black churches with no effort dedicated to the prevention of future incidents.

The divide holds true internationally, too. Flooding in Iran killed more than 70 people and caused billions in damage earlier this spring. But news coverage of this disaster has been relatively sparse, consisting of brief mentions during reports on Iranian foreign policy. Barely noted is the fact that private donations for relief have been minimal and public aid for the country is blocked by U.S. sanctions. Only recently has the International Red Cross allocated $500,000 in indirect aid, while U.S.sanctions continue to block the $1.4 million allotted by the European Union for emergency relief.

In short, the money raised in just a few days for Notre Dame’s rebuilding has far outstripped other efforts, even as those tragedies have affected millions of lives.

Many cite the cathedral’s historical value as the reason the world has been rapt. But this approach is consistently selective, commemorating only its history as a repository of fine art and display of great architecture. A broader view sees Notre Dame as a symbol of the Catholic church, an institution with a long history of oppression, including systemic sexual abuse and genocide.

And Notre Dame was constructed under the system of medieval serfdom, meaning that surplus value required for the project stemmed from the exploitation of indentured workers and slaves. Additionally, Notre Dame was built during the Second Crusade and the Inquisitions of the High Middle Ages, two efforts aimed at furthering the power of the church by way of torture, abuse and genocide.

Likewise, many ignore the fact that France is one of the wealthiestcountries in the world with a well-known history of colonialism and pillage. Mourning has a way of hiding ugly truths.

If we took this same measure of generosity and applied it elsewhere, what would it look like? We could demand that the U.S. forget about the debt that Puerto Rico accumulated as a consequence of Congress and Wall Street’s rapacity and devote much-needed funds specifically to Puerto Rico’s reconstruction.

We might also dismantle the system of racism that led to the Flint water crisis and provide the requisite funding for the continuing support of those who have been afflicted with chronic illnesses.

And for the attacks on the Black churches in Louisiana, we could provide repayment for years of debt accrued and develop programs aimed at preventing and eliminating all iterations of White supremacy.

We could even look at the U.S. history of intervention in Iran, including the 1953 CIA-engineered coup that toppled a democratically elected prime minister for oil, and force the U.S. government to end the devastating sanctions on the country.

We clearly don’t yet live in this world. The systems that have created such stark inequity are deep-rooted and pervasive and they affect how we give and whom and what we see as worthy. The ways we’ve given over the last week are a reflection of the world we live in, one that values inert symbols of Western power over that of Black and Brown lives.

[Wei Jia is an Atlanta-based writer and former organizer for Hate Free Decatur and Asian-Americans Advancing Justice; follow Wei @thunderingwei. Azadeh Shahshahani is legal and advocacy director at Project South and a past president of the National Lawyers Guild; she tweets @ashahshahani.]

Many thanks to the authors for sending this to Portside.