“After two months of confinement, and using every legal mechanism available so far, I can – without any hesitation – state that nothing that will convince me to testify before this or any other grand jury for that matter.” – Chelsea Manning

May 13, 2019 Jake Johnson Common Dreams
Printer friendly
Chelsea Manning Released From Jail, But Fresh Subpoena Means 'She May Have Just Over a Week of Freedom' Published May 13, 2019 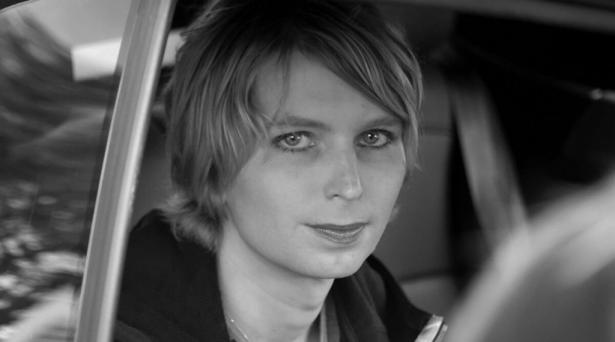 U.S. Army whistleblower Chelsea Manning was released from jail last Thursday after being held for 62 days—including a month in solitary confinement—for refusing to testify before a secret grand jury, but she could be imprisoned again as soon as next week if she refuses to comply with a second subpoena to appear before a different grand jury.

Manning's release came after the expiration of the term of the grand jury. According to Manning's legal team, the whistleblower was served with another subpoena prior to her release on Thursday.

"This means she is expected to appear before a different grand jury, on Thursday, May 16, 2019, just one week from her release today," Manning's lawyers said in a statement. "It is therefore conceivable that she will once again be held in contempt of court, and be returned to the custody of the Alexandria Detention Center, possibly as soon as next Thursday, May 16."

Manning's legal team said she will continue to refuse to cooperate with a process that she has called an effort to "entrap and persecute activists for protected political speech."

"Chelsea will continue to refuse to answer questions, and will use every available legal defense to prove to District Judge Trenga that she has just cause for her refusal to give testimony," said Manning's lawyers.

Attempts to compel Manning to testify before a secret grand jury come as WikiLeaks founder and publisher Julian Assange is fighting attempts to extradite him to the United States after he was forcibly expelled from the Ecuadorian embassy in London last month and arrested by U.K. authorities.

Advocacy groups and legal experts warned that efforts by the U.S. government to extradite and prosecute Assange pose a grave threat to freedom of the press.

"Prosecutors appear to be pressing for Manning's testimony in order to bolster their case against WikiLeaks founder Julian Assange," Politico reported last month.

But Manning has remained firm in her refusal to testify.

"I don't have anything to contribute to this, or any other grand jury," Manning said in a statement last month. "While I miss home, they can continue to hold me in jail, with all the harmful consequences that brings. I will not give up."

and from Chelsea Resists Support Committee on May 8, 2019

As you know, Chelsea was incarcerated for refusing to testify before a federal grand jury about events related to her 2010 disclosures.

Chelsea has made it quite clear that she cannot be coerced into testifying, no matter what, which makes her incarceration completely punitive in nature.

Chelsea’s legal team filed a motion Monday, asking the Judge to release Chelsea on the grounds that her incarceration is no longer coercive, and is now only punitive, and therefore unlawful.

“After two months of confinement, and using every legal mechanism available so far, I can – without any hesitation – state that nothing that will convince me to testify before this or any other grand jury for that matter.”

You can read the brief here (it’s at the very bottom of the page). Also included are a declaration from Chelsea in her own words, and 11 letters in support of Chelsea.

There’s also a statement to the press that summarizes the motion and Chelsea’s Declaration.

Chelsea is opposed to the entire Grand Jury process, which takes place behind closed doors and without a defense attorney present.

Historically, Grand Juries have also been used to oppress and frighten targeted groups, dissidents and activists.

Chelsea has already testified at length about these matters, during her own trial, and has already served 7 years in prison, including 11 months in solitary confinement, before Obama commuted her sentence.

The first 28 days of her current incarceration were also spent under “solitary confinement conditions” in a cruel attempt to coerce her testimony. The jail calls it “Administrative Segregation” however, more than 15 days of isolation has been clearly defined as “prolonged solitary confinement,” and is considered “torture or other cruel, inhuman or degrading treatment or punishment” by the UN General Assembly (http://solitaryconfinement.org/mandela-rules).

So this fight won’t be over for a while, and Chelsea needs your help to keep going, so that one day, she might finally be allowed to live her life in peace.

Your donations will enable Chelsea’s legal team to continue with their tireless efforts, so that Chelsea can once again be free.