It’s not always perfect, but the nuances of the show’s disabled characters make it stand out. 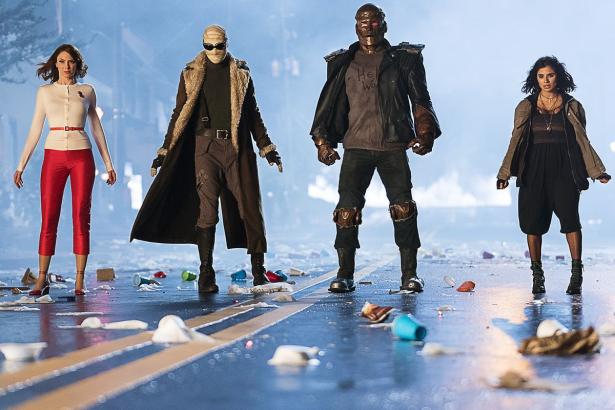 Comics have long portrayed disabled people and other disenfranchised groups as mutants, mortals, and meta-humans. Some of these characters aren’t the most accurate representation of real-world disabled issues, and some of them can potentially be harmful. But while us real-life disabled folks might not have the power of a telepath or empath — not for a lack of trying — we can relate to a disabled superhero’s story, all the same.

DC Universe’s Doom Patrol TV series has taken the concept of a group of tragically ostracized superheroes further than ever before, and in the process, it’s created some of the strongest representation of disabled people and our issues on television today.

From superhero therapy to defeating internalized ableism, evergreen disability metaphors thrive on Doom Patrol. Rita Farr exhibits internalized ableism, in her belief that her powers — uncontrollable elasticity — are a punishment; an adverse connotation of disability. Larry Trainor assiduously hides his disfigurement; responding to the stigma that disability should be visibly hidden. But in more subtle ways, the show explores extremely topical aspects of modern disabled life as well.

From navigating online dating while disabled to fighting government agencies that want to cut off our resources and support (in the form of the oppressive Bureau of Normalcy), the series shows how stressful it is for its disabled characters to live in a world that doesn’t accommodate their basic needs. Doom Patrol tackles truly complex themes of disability when the show illustrates the modern stress of disabled parenting, from the point of view of both parents and children.

As Cliff Steele, Robotman, struggles to adjust to his new, unwanted robot body, his internalized ableist belief in his own freakishness strains his relationship with his daughter, Clara. Clara doesn’t know that he’s still alive, and Cliff worries that she’s better off with no father than with a father who is just a brain in a metal body.

He doesn’t think he deserves to have a relationship with her — or even a family to begin with. As disabled people, our self-worth is often a direct reflection of how society views and treats us. It can be an inescapable feeling, when laws and bills favor abled people, such as bills designed to prevent disabled people from having kids, and Cliff’s on-screen counterpart helps channel those feelings. 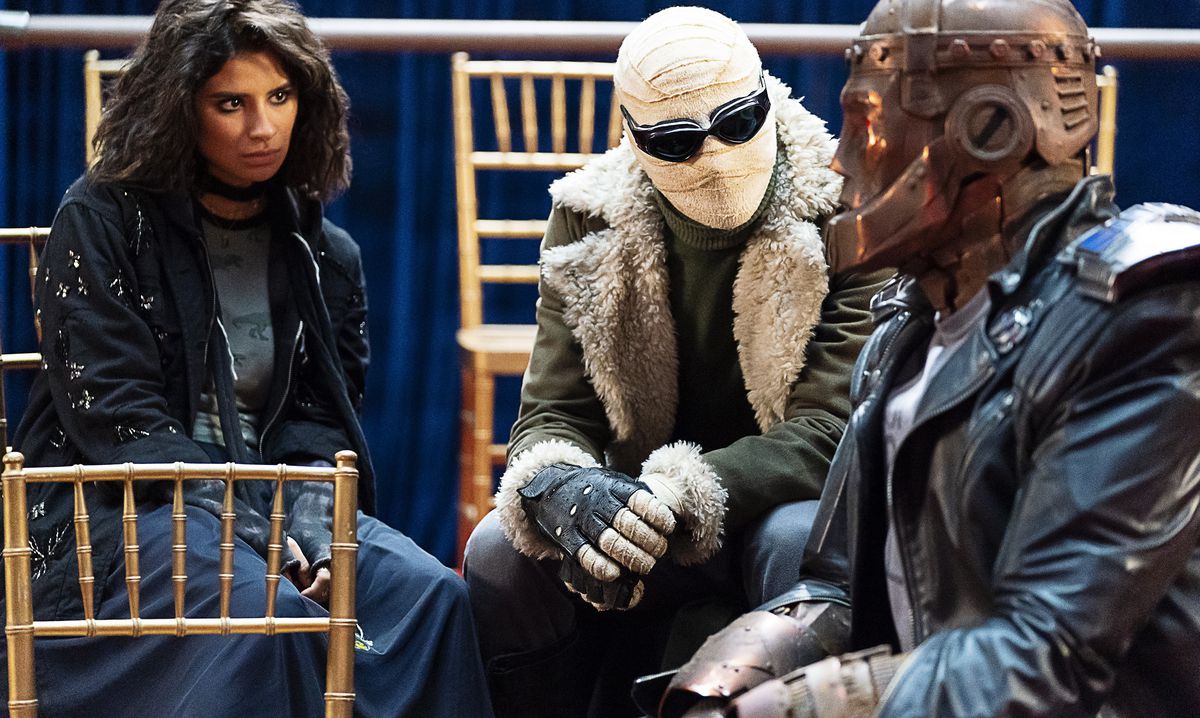 But the series also parallels Cliff’s desire to become a parent again with Cyborg — another DC character whose body was augmented with cybernetic parts without his consent. Victor Stone struggles with his overprotective, abled father. Silas Stone gave Vic his enhancements in the first place, and clearly thinks he knows what’s best for his disabled son. Cliff and Cyborg are given an almost sibling-like dynamic, to better show the mirror between Cliff’s arc as a disabled parent and Silas Stone’s well-meaning intentions that inevitably hurt his son, Victor.

Victor’s relationship with his father is complicated by the memory-altering powers of the manipulative villain Mr. Nobody, but it’s still an easy parallel to the way helicopter parenting can affect a disabled child. That is, when a parent becomes even more overprotective of their kid just because they’re disabled — or worse, they try to govern their entire life or speak for their desires. Silas tries to prevent Vic from being his own kind of hero, and even prevented him from dating. And when Vic does get around his dad’s digital walls to access his dating app, his experience of rejection is equally relatable to anyone who has tried dating while disabled — because navigating online dating is difficult enough without dealing with ableism.

Instead of listening to what Vic wanted in life or why he loves being a hero, Silas integrated overtly protective parameters into his digital interface, and instead of protecting Vic from the world, it just secluded him. The whole premise of this arc shows how these parental tactics actively make disabled kids feel less normal, not because of the actions of their peers or the outside world, but because their parent excludes them from these activities. When Vic refuses to allow his father to alter his cybernetics until he can prove he can be trusted, it shows that disabled kids deserve to have autonomy of their life decisions. 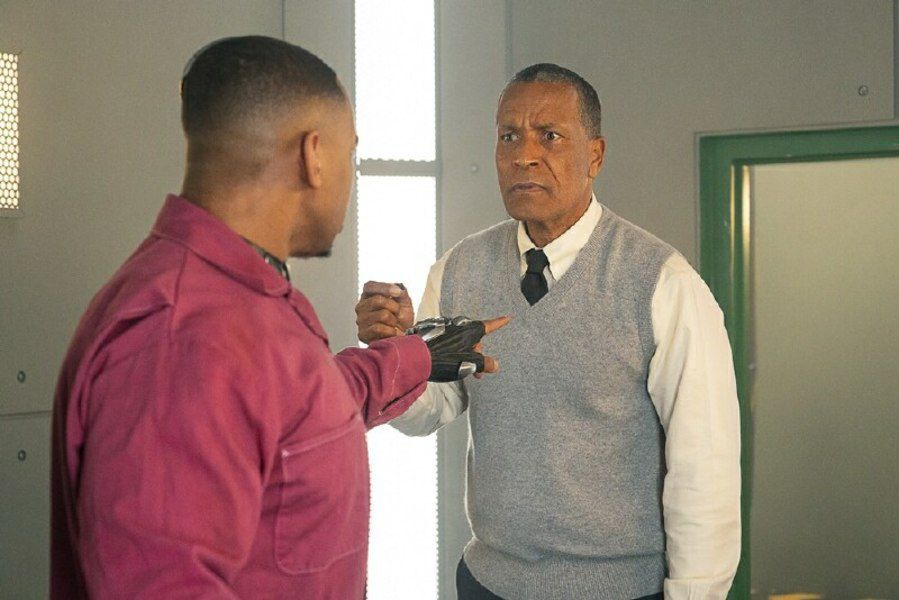 The final father figure in Doom Patrol is the often absent Niles Caulder, whose fear of being tracked down by Mr. Nobody could be said to drive his desire to seclude the Doom Patrol from society. Experience with isolation is a running theme that brings the whole team closer together, but for Crazy Jane, her self-imposed isolation was a survival mechanism in an inaccessible world. Her path to becoming a Doom Patrol member allows her to find a family — to recognize Niles as a father figure — and to reclaim her self, in all its fractures, for her and nobody else.

Not every disabled person is fond of the term “crazy,” especially in proximity to mental health and characters with psychological disabilities, but the term is implicitly a part of Jane’s reclamation arc. Beyond stopping the apocalypse and killing fascists, Jane has a resounding agency over her mental health — she’s reclaimed her control from her abuser. Like Jane, the entirety of the team has redistributed their internalized-ableism-related anger toward their disabilities to dismantling agencies that actively harm disabled superheroes.

Like real-life disabled lawmakers, representatives, and activists, Doom Patrol uses its eponymous team as an exaggerated metaphor to show how disabled activists are continuously fighting to support and protect disability rights when it brings the Doom Patrol up against the Bureau of Normalcy. As an evergreen villain, the series uses the Bureau to critique more recent issues with how legislature threatens disabled livelihoods. Adapting Morrison’s Doom Patrol run and other classic arcs for a more mainstream audience creates exceptionally positive imagery of disabled superheroes taking down a government organization that threatens the freedom, existence, and autonomy of marginalized people. 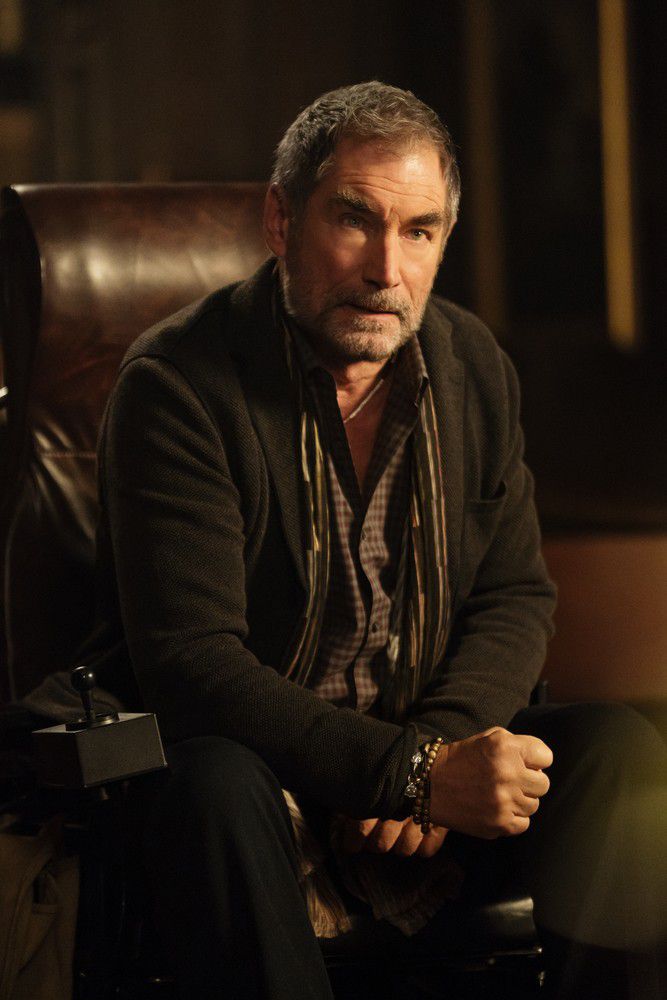 Doom Patrol channels its heroes’ rage toward bullies — including a Nazi scientist and his followers, Mr. Nobody, and the Bureau of Normalcy — who try to make them question their self-worth as disabled heroes. Disabled characters wielding their justified anger to destroy infrastructures that hinder their fellow implicitly disabled heroes is a triumphant message.

One of the only places that Doom Patrol falls into a regressive trope of disabled characters is with the mysterious Niles Caulder. Niles is a character who’s notorious for being in and out of his wheelchair — and not because he’s an ambulatory wheelchair user. Rather, he tends to periodically become disabled, find a miracle cure, and then become disabled again, both in the comics and in DC Universe’s series

Niles’ recent heinous confession also hints at an adjacent comic arc where he faked his disability for a period of time. While our fan theories will have to wait until season 2 before Doom Patrol clarifies everything about Niles’ past, his emergence as the villainous wheelchair user trope has some hefty implications. Given the evergreen and dangerous myth that real disabled people fake their disabilities to receive government benefits — which, in many jurisdictions, barely cover rent and utilities, let alone our necessary medical procedures — Niles’ fluctuating, potentially fraudulent, disability contributes to an already prevalent stigma that disability is an excuse or a scheme. When the Trump administration is currently proposing a system to monitor disabled people based on stereotypical concepts of what disabled people look and act like, Niles’ current characterization warrants some clarification.

Overall, the portrayals of disabilities on Doom Patrol do accurately represent disabled people and our modern-day issues. More importantly, many of the metaphors radiate positive messages about what disenfranchised groups of people can accomplish together.

Set in today’s landscape, the Doom Patrol series takes a clever approach to intertwine disability discourse in the dialogue, characterization, and plot; a reflection of our real-world society. Reforming disabled superheroes for a modern audience, the show even changes some of the less than favorable portrayals of comics past, with Cliff’s longing for connection with his daughter. In other instances, as with Niles, the value of the representation is still subject to interpretation.

Doom Patrol’s TV adaptation gives us a chance to re-admire our favorite team of disabled superheroes — because, beyond all the horror, comedy, and weirdness, we just love that we can see realistic representations of disabilities beyond the powers.

Chelsea Jackson is a disabled critic and freelance pop culture writer who spends too much time reading comics.