This book examines the influence Islam had on European political thought between the 15th to the 18th centuries, as well as the complex relations between the Ottoman Empire and emergent modern Europe during that era. 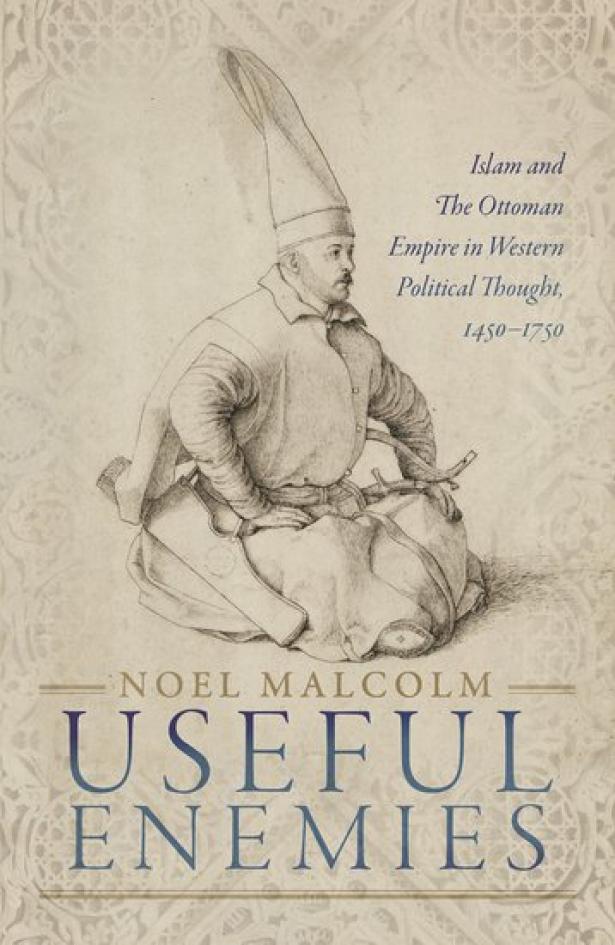 In 1534 an Ottoman delegation was in Paris to discuss a plan to unite France and Turkey against their shared enemy, the Habsburg empire. That François I should lavish courtesies on infidel diplomats was bitterly resented by French Lutherans, who were being persecuted after the “affair of the placards”: a scandalous denunciation of the Catholic mass had been discovered pinned to the door of the royal bedchamber; the Turkish visitors were escorted past pyres that would be fed by Protestant heretics.

A decade later the Franco-Ottoman alliance was so fixed a part of the European scene that François allowed a Turkish fleet under Hayreddin Pasha to winter in Toulon, the Mediterranean port having been emptied of its Christian inhabitants. The church bells were silenced and cantatas in the cathedral gave way to the call to prayer.“Looking at Toulon,” remarked an eyewitness after the Ottoman sailors had settled in, “you would say that it was Istanbul, with great public order and justice.”

Much of Europe affected to be scandalised by the alliance of France’s “very Christian king” with Sultan Suleyman I, the “Magnificent”, whose aim was to make Muslim Turkey the continent’s superpower. But as Noel Malcolm explains in Useful Enemies, the alliance was only the most overt of the accommodations that Europeans made after the Ottomans first exploded into the Balkans in 1362.

It is often assumed that the Turks were shoehorned into Europe’s political system during the colonial expansions of the 19th century; in fact they made their disruptive entry into the “concert of powers” 500 years earlier. To the substantial European inventory that Suleyman inherited on his accession in 1520, he quickly added Rhodes, Belgrade and Buda; only a stout Austrian defence stopped him capturing Vienna in 1529.

Far from being divided neatly between the Christian and Muslim worlds, southern and central Europe seethed with opportunism and expediency. A Christian Slav boy kidnapped by corsairs ended up as Suleyman’s grand vizier before falling foul of the sultan’s wife, herself the daughter of an Orthodox priest; the son of the Venetian doge became Istanbul’s top plutocrat. Slavery supplied the sultan’s armies, galleys and chancellery, a global enterprise under which as many as 1 million Christian Europeans – some from as far north as the Irish Sea – were enslaved between 1530 and 1640.

Suleyman’s northward thrust was facilitated by the Reformation, religious authority leaching from the pope and any possibility of concerted European action foreclosed. The sultan gave guarded approval to Martin Luther’s efforts to end Catholic superstition; he referred to the German reformer as “a great man, but he has not yet arrived at the enlightenment we enjoy”. Luther’s attitude towards the Muslims hardened the closer they got to Germany. In 1518 the year after he fixed his famous Ninety-Five Theses to the church door in Wittenberg, he described the Ottomans as preferable to the more cruel, more insatiable “Turks” of the Catholic church. But in 1529, the year of the siege of Vienna, Luther identified the sultan as the devil incarnate; death in battle with him was a passage to heaven.

On to this convoluted scene spilled the political and religious thinkers whose debates over the Ottoman threat form the core of Malcolm’s wise and beautifully judged book. Thanks to the printing press (a technology rejected by Suleyman, with damaging consequences for later modernisation efforts), awareness of the Ottomans increased among literate Europeans. And for all the hatred and fear that coloured many clerical declarations, subtler Christian minds identified the Ottoman empire as a conundrum worthy of investigation. Here was an absolute monarchy without a hereditary aristocracy; a regime manned by slaves who could, nonetheless, rise to the highest positions; a system driven by jihad that was also tolerant of religious minorities inside its borders. Whether they were Catholics, Lutherans or maverick orientalists – like the Frenchman Guillaume Postel, who regarded the Qur’an as a “middle law” between the New and Old Testaments – leading Christians incorporated Islam into a pursuit of “religious and political arguments within their own culture”.

It became common to draw attention to positive aspects of Ottoman rule in order to highlight deficiencies at home. A leading exponent of such “shame-praising” was the Italian bishop Paolo Giovio. He lauded Suleyman for sparing the Christian knights he had displaced from Rhodes and he admired the Janissaries, the sultan’s standing army of slave converts, who were promoted on merit, not patronage, and were more disciplined than the legions of ancient Rome. Another feature of Ottoman life that was noted by western travellers was the cleanliness and dignity that reigned in the Ottoman mosques, a shameful contrast with the grubby mercantilism of many churches.

In time the praise of Giovio and others, qualified though it was, contributed to a new, more positive view of the Ottoman system, stable, disciplined and in significant ways more humane than many of its Christian equivalents. The Florentine theorist of power Niccolò Machiavelli postulated that Turkey would be harder to conquer than France because its regional magnates were bound to the sultan while each landed noble in France had a power base that could be turned against the ruler. Surprisingly, for a famous critic of Christian practices, Machiavelli attributed the Ottomans’ internal stability and military success to its religious orientation, tilted to action and worldly success.

In 1699, after a series of battlefield reverses, the Ottomans were forced to accept the loss of huge territories. No longer a mortal threat, the Turks were fair game for European critics of absolute monarchies, including the anonymous author of an inflammatory tract that described the power exercised by the king of France as “just as despotic as that of the sultan”. The cross-confessional accommodations described by Malcolm would not survive the colonial mindset of the 19th century, which damned the Ottoman empire and Islam as anachronisms; Napoleon had earlier shown what he thought of the old friendship when he invaded Ottoman Egypt in 1798.

The very memory of a more textured encounter was further occluded by the 20th century scholar Edward Said, who depicted the quasi-entirety of modern western scholarship of Islam as a scheme of intellectual colonisation. “It is unfortunate,” Malcolm writes with a lulling mildness, that Said didn’t study one of his bugbears, Barthélemy d’Herbelot, closely enough to realise that the alphabetical classification to which the Frenchman subjected the Prophet Muhammad was in fact inspired by an earlier, Muslim encyclopaedist, Kâtip Çelebi. Far more than Said allowed, information about Islam wasn’t simply there “to be beaten down … into conformity with complacent Western attitudes; often it was used to shake things up, to provoke, to shame, to galvanise”.