Seniors Were Sold a Risk-Free Retirement With Reverse Mortgages. 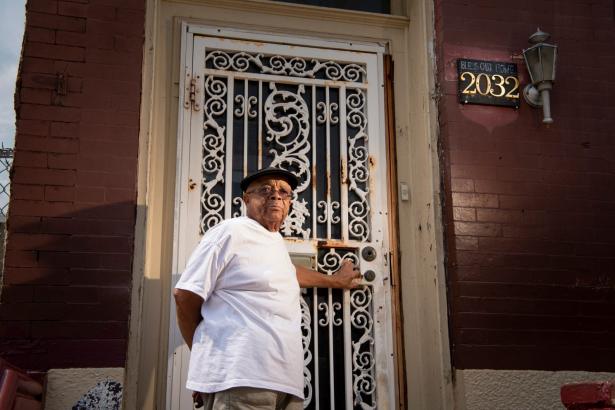 Leroy Roebuck, 86, of Philadelphia, is fighting to keep his home of at least 55 years where he raised all his kids. ,Jasper Colt, USA TODAY

In a stealth aftershock of the Great Recession, nearly 100,000 loans that allowed senior citizens to tap into their home equity have failed, blindsiding elderly borrowers and their families and dragging down property values in their neighborhoods.

In many cases, the worst toll has fallen on those ill-equipped to shoulder it: urban African Americans, many of whom worked for most of their lives, then found themselves struggling in retirement.

Alarming reports from federal investigators five years ago led the Department of Housing and Urban Development to initiate a series of changes to protect seniors. USA TODAY’s review of government foreclosure data found a generation of families fell through the cracks and continue to suffer from reverse mortgage loans written a decade ago.

These elderly homeowners were wooed into borrowing money through the special program by attractive sales pitches or a dire need for cash – or both. When they missed a paperwork deadline or fell behind on taxes or insurance, lenders moved swiftly to foreclose on the home. Those foreclosures wiped out hard-earned generational wealth built in the decades since the Fair Housing Act of 1968 1.

Leroy Roebuck, 86, rode the bus his entire career to a nearby curtain manufacturer. When he needed to make home repairs, he turned to reverse mortgages after seeing an ad on television.

Ten years ago, he forgot to renew his homeowners insurance, which cost about $2,000 a year. Including fees and penalties, his loan servicer says he now owes more than $20,000.

Roebuck’s first foreclosure notice came in the mail six years ago, and he is still fighting to hold on to the brick walk-up he bought from his parents in 1970, living in it through a special health exemption to foreclosure.

Elderly homeowners and their adult children told similar stories in big city neighborhoods across the USA.

Borrowers living near the poverty line in pockets of Chicago, Baltimore, Miami, Detroit, Philadelphia and Jacksonville, Florida, are among the hardest hit, according to a first-of-its-kind analysis of more than 1.3 million loan records. USA TODAY worked in partnership with with Grand Valley State University, with support from the McGraw Center for Business Journalism.

Consumer advocates said the analysis supports what they have complained about for years – that unscrupulous lenders targeted lower-income, black neighborhoods and encouraged elderly homeowners to borrow money while glossing over the risks and requirements.

The foreclosure disparity resembles a more familiar scenario from the late 2000s, when subprime lenders targeted specific neighborhoods with risky loans doomed to fail, according to the nation’s lead reverse mortgage researcher.

To read the rest of this article, please click here.