I'm a Latina Jew. My People Are In Concentration Camps Today - Just Like They Were During the Holocaust

Congresswoman Alexandria Ocasio-Cortez raised quite a kerfuffle by using the term "concentration camps" to describe the current administration's use of military encampments to hold refugees, asylum seekers, and other migrants in abhorrent conditions

June 20, 2019 Tae Phoenix The Forward
Printer friendly
I'm a Latina Jew. My People Are In Concentration Camps Today - Just Like They Were During the Holocaust Published June 20, 2019 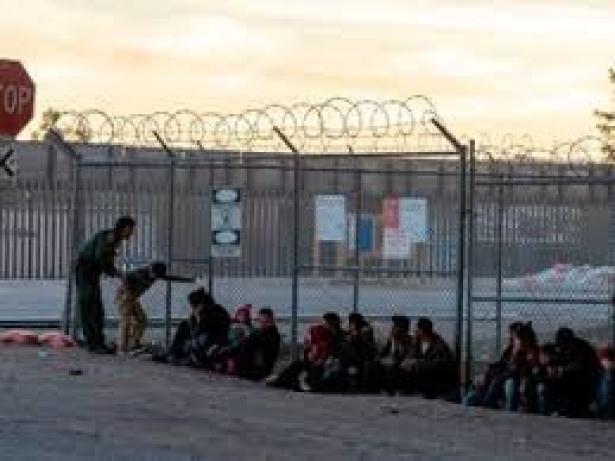 My life is one of those classic American mixed kid stories. My mom is Latina and my dad is Jewish, so I grew up calling myself a “challah-peño.”

Though I am Latina, I don’t speak Spanish natively. Many Latinx families from my mother’s generation coped with the pressures of xenophobia by assimilating linguistically. Because of this, my mom sadly didn’t retain enough fluency to teach me when I was young.

I grew up much more exposed to the Jewish side of my heritage, particularly as it related to the Holocaust. I knew which members of our congregation were survivors because that fact was always discussed in a meaningful whisper whenever their names were mentioned. The first comic book I ever read was Art Speigelman’s two-volume retelling of his father’s Holocaust narrative, “MAUS”.

I internalized the need to be vigilant to anything that resembled Nazism from a young age. But it wasn’t until I sought out Spanish language education and became more familiar with America’s racist past and present as an adult that I was able to connect the dots.

Whether the genocide is cultural or physical, the goal is to prevent an “undesirable” ethnic group from “polluting” the majority culture with our languages, our religions, our cultural practices, or (g-d forbid) our melanin.

This week, Congresswoman Alexandria Ocasio-Cortez raised quite a kerfuffle by using the term “concentration camps” to describe the current administration’s use of military encampments to hold refugees, asylum seekers, and other migrants in abhorrent conditions indefinitely and with no oversight from Congress, human rights monitors, or the public. 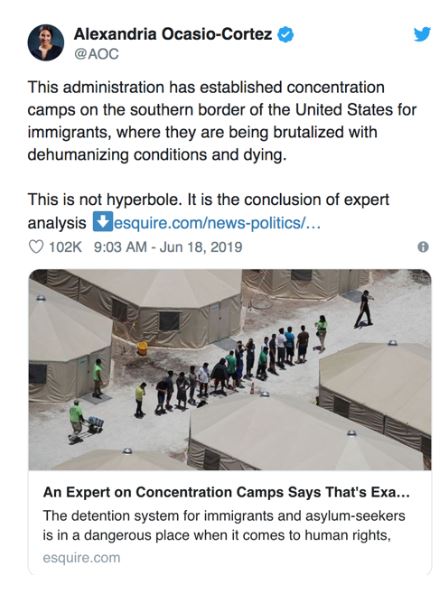 She was met with the predictable tone policing from all corners, including a textbook example of gentile-splaining from Congresswoman Liz Cheney and a lesson in mealy mouthed equivocation from MSNBC news anchor Chris Hayes. 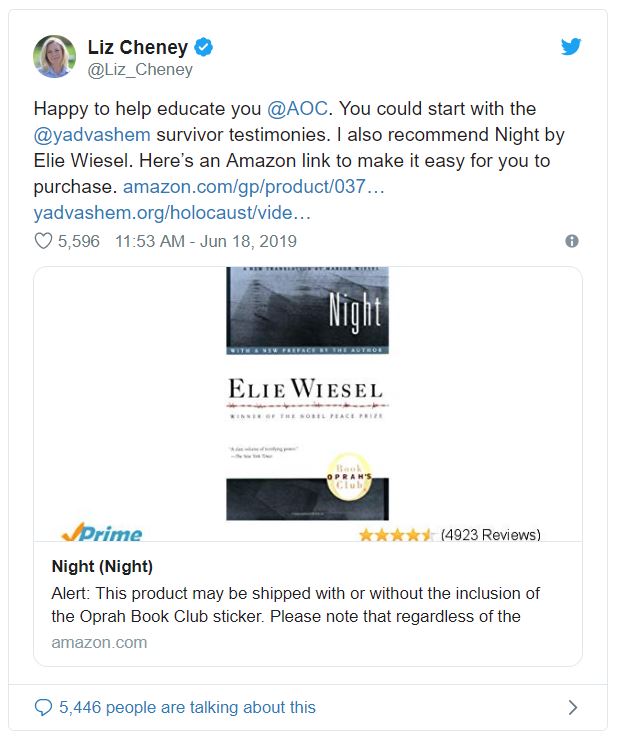 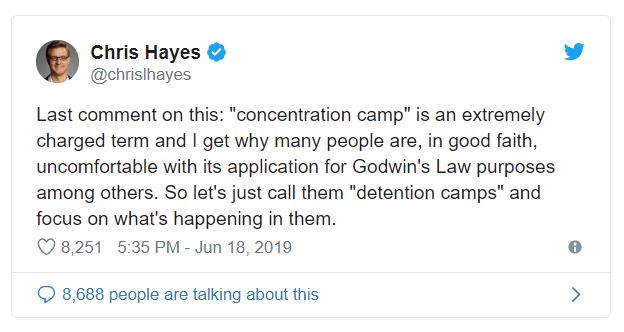 But as a Latina Jew, with the lived experience and perspective on history I carry, I believe that her use of the term was necessary and appropriate. Today’s American concentration camps are directly descended from the xenophobic forces that made assimilation a desirable option for my mother’s entire generation, and they bear a resemblance to Nazi concentration camps prior to 1941, when the first mass executions occurred.

Inside of today’s American concentration camps, we know that babies are being stripped of clothing and forced to sleep in the dirt with their teenage mothers. We know that prisoners of all ages are deprived of running water, appropriate nutrition, and shelter from the elements. In these conditions, people may die en masse of disease, exposure, or malnutrition.

While none of us can predict the future, these human rights violations could lay the groundwork for the kind of “final solution” approach that played out in Hitler’s camps. Human rights violations don’t go from zero to gas chambers overnight. They happen in a progression, with each step serving to prepare the public for the next.

If we can accept a few children dying in CBP custody here and there, then what can we accept next?

I believe that we’ve seen more than enough. The American public must end this nightmare swiftly. If you agree, then please take the following steps:

2) Help organize your community to participate in the “Lights for Liberty” event, on July 12. On that day, people will gather in five main locations, and at thousands of sister sites around the country. In preparation, we will learn from the impacted communities and talk to our friends and family about what is happening. You can learn more and sign up here.

Miep Gies, a gentile Dutch woman who hid Anne Frank and her family said that she wasn’t anyone special, just an ordinary person who decided to do the right thing. “You are the heroes,” she said, “you are the heroes everyday.”

She was speaking to us. 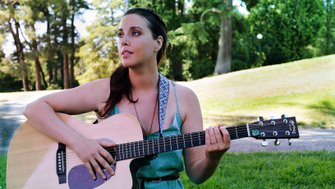 [Tae Phoenix is a singer-songwriter who uses music as a community organizing tool. She works with the Washington Poor People’s Campaign, Seattle Indivisible, and the Women’s March among others. Follow her on Twitter @taephoenix. To listen to her music and get involved, visit www.taephoenix.com.]