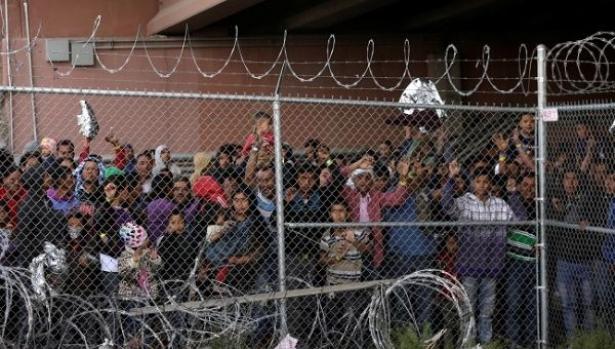 The debate over Alexandria Ocasio-Cortez’s use of the term “concentration camp” is not about language or facts. It is about how we perceive history, ourselves, and ourselves in history.

The Assange Case and the First Amendment

Since 1917, the US government has used the Espionage Act to restrict freedom of speech, to imprison activists and whistle-blowers, and to dismantle progressive organizations.

The Far Right, realizing they’re unlikely to realize their vision through voting or appeals to the public, has instead targeted the Republican Party as a vessel for mainstreaming White nationalist ideas.

A remarkable episode in Minnesota this past state legislative session may be a harbinger of more profoundly theocratic politics on the horizon.

What To Call Far-Right Extremism

Federal authorities say far-right violence is the deadliest and most active form of domestic extremism. The labels researchers use to code attacks are part of a wider debate over what to call the far-right threat — and how politics plays into that debate.

Trump readily ridicules and chastises people. He readily pushes people aside if they're not worshiping him. We've all seen the videos of his aides praising him to high heaven. That's the kind of adulation cult leaders expect and demand.

Nora Flanagan, a teacher at Northside College Preparatory High School in Chicago, has developed a toolkit to help school communities recognize and confront white nationalism among students. Flanagan says the issue has become more pressing in recent years, as students have been targeted for recruitment into the movement online.

This lawsuit was never about money. It was about sending a message to these vile white supremacists and their ilk that they will not silence me or members of the other groups they despise.

Ravelry, a community website for knitters, crocheters, and other textile fans, has banned all content supporting President Trump and his administration in what it described as a stand against white supremacy.