What the Right Gets Wrong About Socialism

As Scandinavia shows, it does feature plenty of public ownership—but also a thriving economy. 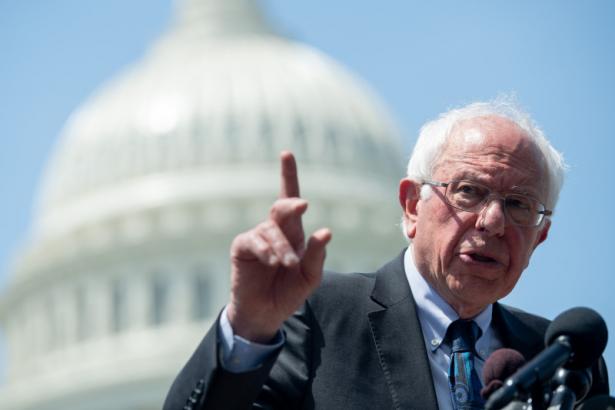 Global inequality is surging at an unprecedented pace. According to Oxfam, the world’s 26 richest people currently have the same amount of wealth as the poorest 3.8 billion—down from 61 people in 2016. As the rich get richer, sea levels are rising, tribalism is flourishing, and liberal democracies are regressing. Even some of the wealthiest nations are plagued by job insecurity, debt, and stagnant wages. Ordinary people across the political spectrum are increasingly concerned that the system is rigged against them. Trust in public institutions is near an all-time low.

In response to these conditions, democratic socialism is enjoying a revival in the United States. Sen. Bernie Sanders of Vermont, a self-described socialist, is currently polling ahead of and raising more money than all the other Democratic presidential candidates except former Vice President Joe Biden. His town hall appearance on Fox News was the most watched such event of the campaign season so far. With this surge of interest has come a renewed debate, often centered on historical and international comparisons, about what socialism actually means and whether it can succeed. Sanders’s efforts to distinguish himself from Sen. Elizabeth Warren—a progressive, policy-oriented candidate who has emerged as a close competitor, and who advocates for “responsible capitalism” rather than democratic socialism—has only deepened that interest. Earlier this month, he delivered a speech presenting his vision of democratic socialism, and during Thursday night’s Democratic primary debate, he sparred with former Colorado Gov. John Hickenlooper over the viability of a socialist in the race against incumbent President Donald Trump.

In U.S. politics, “socialist” has long been a smear used to discredit progressives—a rhetorical battle-ax honed during the Cold War and wielded by Republicans against Democrats, however centrist their politics. Conservatives have applied the label to presidents from Franklin D. Roosevelt to Bill Clinton and Barack Obama.

Progressives, forced to adapt to this framework, have long tried to distance themselves from the term, even when advocating for policies that clearly lean toward it. Fear of being labeled socialist has narrowed their repertoire of policy options. Right-wing politicians tend to make full use of this leverage. That’s why many Republicans have so vociferously seized on the newfound popularity of politicians who describe themselves as socialists, including Sanders, Rep. Alexandria Ocasio-Cortez of New York, and Rep. Rashida Tlaib of Michigan.

Democratic socialists in the United States often point to Scandinavian countries for prime examples of their ideas in action. Scandinavia, broadly speaking, combines stable growth and prosperity with big governments that readily interfere in markets. The region regularly scores high marks on international rankings such as the Legatum Prosperity Index and the United Nations’ World Happiness Report.

The share of total U.S. income owned by the richest 1 percent of the population has been surging since the 1980s. It has now reached 20 percent. Scandinavia’s 1 percent bags less than half this share, ranging from 6 percent in Denmark to about 9 percent in Sweden. The Organization for Economic Cooperation and Development ranks each Scandinavian nation among the top 10 with regards to both economic equality and absence of poverty. The United States is on the opposite end of both spectrums.

Take Norway for example. According to the World Bank, Norway and the United States have nearly identical GDP per capita. Yet Norway, unlike the United States, enjoys universal health care, child care, and elder care, as well as tuition-free universities, around 12 months of paid parental leave, and a robust social safety net.

Norway’s success is inconvenient for critics of progressive, big-government economic and social policies; they’d prefer that the public associate socialism with basket cases such as North Korea and Venezuela. Norway’s and more broadly Scandinavia’s record leaves naysayers with two main lines of argument. They can dispute the region’s economic success, as Nima Sanandaji did in a 2015 report for the Institute of Economic Affairs. Or they can question whether Scandinavia really is socialist after all, as Anthony B. Kim and Julia Howe of the Heritage Foundation did last year.

In an essay that was published last year, Jeffrey Dorfman, an economist at the University of Georgia, argued that leftists who promote the Scandinavia model tend to conflate socialism with a generous welfare state. “Socialism can take the form of government controlling or interfering with free markets, nationalizing industries, and subsidizing favored ones,” he wrote. “The Nordic countries don’t actually do much of those things.”

Yet controlling or interfering with free markets, nationalizing industries, and subsidizing favored ones is precisely how the Norwegian government operates—and explains why it now owns about 60 percent of the country’s net wealth, twice the share the government owns in China.

Like all viable economic systems, Norway’s and other Scandinavian countries’ are mixed. A fully socialized economy would be just as unfeasible as a fully privatized one. Socialism, as the term has evolved in mainstream usage, does not mean a total absence of markets, just as capitalism does not imply a total absence of public ownership and regulations.