Socialism is no longer marginal due to Bernie's campaigns. But his support has been insufficient to win. Key now will be to back the eventual Democratic nominee but still oppose neo-liberalism in its Republican and Democratic guise. 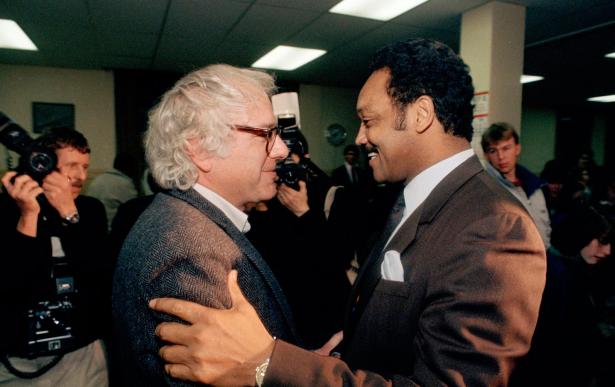 At the moment, the focus of the nation and the left is shifting to the public health and economic crisis sparked by COVID-19. Still, we cannot let an evaluation of Bernie Sanders’ historic campaign slip off our agenda. Here’s my attempt:

1) Bernie went from front runner to extreme long-shot between the Nevada and Michigan primaries, before the coronavirus pandemic took over the news, economy and the nation’s psyche. We need to develop a serious analysis of what went wrong. This should include both an evaluation of tactical errors that were made, which will likely have to wait until the campaign is finished and campaign staff can speak freely, as well as an evaluation of the overall strategy, which can start now.

2) Bernie’s policies and political program were not the problem. His platform’s popularity has reach far beyond the people who actually voted for him. Support for a single government-run health care plan is approaching hegemonic support among Democratic voters, and even the “democratic socialist” label is approaching majority support. The centrist wing of the Democratic electorate, at least when it comes to neoliberal policy priorities, is small and shrinking.

3) Ultimately, we failed to expand Bernie’s coalition enough to win. His strength among young voters, independents and first-time voters would have made him an extremely formidable general election candidate, but these groups didn’t represent a large enough voting bloc within the primaries to win without the support of a bigger portion of the reliable Democratic base. Bernie performed extremely well with the segment of the electorate that self-identifies as progressive, but for the time being that is also a minority within the primary electorate.

4) One way to expand the coalition would have been to win black voters over 40, especially in the South. Most of the analysis of Bernie’s failure with this group (that Bernie needed to do more “listening” to a certain layer of activists, or that he failed to put out certain magic-bullet policy proposals) remains largely unconvincing. But it does seem clear that a modern update to Jesse Jackson’s 1980s Rainbow Coalition campaigns would be an unstoppable force in the Democratic primary. Black voters overwhelmingly support the social democratic policies Sanders campaigned on, but he proved unable to peel them away from the Democratic establishment. A major strategic lesson for the left is that we need to support, through local and statewide elections, the development of a national bench of black candidates who have the credibility to win over black voters to the political revolution while also being able to access the grassroots volunteers and national donor base that propelled both of Bernie’s campaigns.

5) Another way the coalition could have been expanded was tapping into the grassroots networks loosely grouped under the “Indivisible” label that erupted after 2016. These networks are dominated by suburban women and played a key role in the 2018 Democratic congressional victories. Support from Indivisible groups would be invaluable for any national campaign attempting to deploy a volunteer-driven field effort at the scale necessary to win a presidential election. While at least one strand of the debate around the “professional managerial class” attempted to characterize this set of voters as somehow hopelessly or implacably opposed to a social democratic agenda, that argument does the 1%’s work for them. Many of these same indivisible activists were incredibly energized by Alexandria Ocasio-Cortez, who has embraced a radical policy platform, and while some may have high incomes many are working- or lower-middle- class suburban women who have as much to gain as anyone from free child care, Medicare for All, and a strong social safety net. Bernie’s inability to win over this layer of party activists was above all due to their extremely high partisanship. His outsider status, as well as his 2016 campaign against Clinton, made it impossible for him to make his case to them. The left should carefully keep an eye on how the “squad” and other progressives are or are not able to balance consistent conflict with the neoliberal wing of the party with maintaining support from partisan activists – this is a crucial question for the left.

6) Bernie made greater inroads with labor in his second campaign compared to his first, and many more unions chose to sit out the crowded election in 2020. But Bernie could not credibly claim to be labor’s candidate, even as he was clearly the candidate for the working class. A political shift within the labor movement towards support for a transformative, working-class political agenda could reshape US politics. It would give left populist candidates access to resources, credibility, and the opportunity to reach a new layer of the millions of workers who engage in politics through their unions. It would also restore labor’s role as the organized edge of a much broader working-class movement, which would create new opportunities for unions far beyond the electoral arena. Out-organizing the most complacent, conservative, demoralized and defeatist elements in the labor movement must remain a strategic priority for the left.

7) What made Bernie’s two campaigns viable in the first place, and the major strategic insight the left should take from his campaign, is that the gulf between the needs of the working-class base of the Democratic party and the policy priorities of the Democratic donor class and political leadership has grown immense. The Democratic base is increasingly committed to major, structural economic reforms like those that were proposed by Sanders and Warren. The Democratic leadership is increasingly forced to state their opposition to those reforms clearly, which creates a major opening for insurgent leftist campaigns.

8) Right now, there seems to be no way for a candidate to straddle this gulf between the Sanders agenda and the political establishment. Anyone who sincerely supports policies like Medicare for All, debt cancellation, or a substantial wealth tax will find it impossible to build bridges with the Democratic establishment or to find support in the corporate media. The New York Times’s self-sabotaging half-endorsement of Elizabeth Warren speaks for itself. Even the liberal wing of the establishment was deeply uncomfortable with a candidate who had none of Sanders’s history of public conflict with the party, because they “worry about ideological rigidity and overreach, and … specific policy proposals, like nationalizing health insurance or decriminalizing the border.” As long as our platform reflects the real needs of working people, the Democratic establishment will be at war with us whether or not we choose to be at war with them. Finding a candidate who can be trusted to push forward our agenda while placating the establishment is not a path forward, it is a dead end.

9) The reason that this divide between the base and the establishment wasn’t enough to deliver Bernie a victory is that the Democratic base remains extremely and increasingly partisan. As long as Trump remains in power, lofty policy aspirations will be secondary to the desire to beat Trump and the Republicans. Voters will look to the party leadership to take leadership in that fight. This, more than anything, explains the extraordinary consolidation of non-Sanders voters before Super Tuesday. This also means, if Bernie fails to reverse his fortunes, it is urgently important for the left to ensure that the Democratic nominee defeats Trump. If Trump is reelected, it will likely not empower the Bernie wing of the party, but further isolate it. A Democratic administration will be far more promising ground for working-class voters to expand their ambitions and embrace challenges to the party leadership.

10) Bernie’s two campaigns have transformed the US left. Regardless of what happens between now and the convention in Milwaukee, socialism is no longer a purely marginal force, irrelevant to the lives of working people. In a moment of crisis for which the Democratic Party is deeply, profoundly unprepared, the left must not retreat from mass politics. It is clear now that a democratic socialist could win both the Democratic primary and the presidency. It is clear that the social democratic program Sanders put forward is not just popular on paper, but can energize a grassroots movement of millions, and inspire organization far beyond a single presidential election campaign. It is clear that with grassroots field organizing, small-donor fundraising and social media, most of the mechanisms of control wielded by the political establishment can be circumvented. The working class majority has a real path to take its rightful place in politics without having its aspirations mediated by big donors or corporate media. The left’s near-term priority should be to cohere a majority coalition, with special attention to labor, black voters, and newly mobilized suburban women, that can propel the political revolution into the white house.

Sam Lewis is a union organizer and member of Democratic Socialists of America. He lives in Brooklyn, New York.