books Biased: Uncovering the Hidden Prejudice That Shapes What We See, Think, and Do

Here is a book that many will find helpful in trying to understand, and explain, the various ways that bias works in contemporary society. 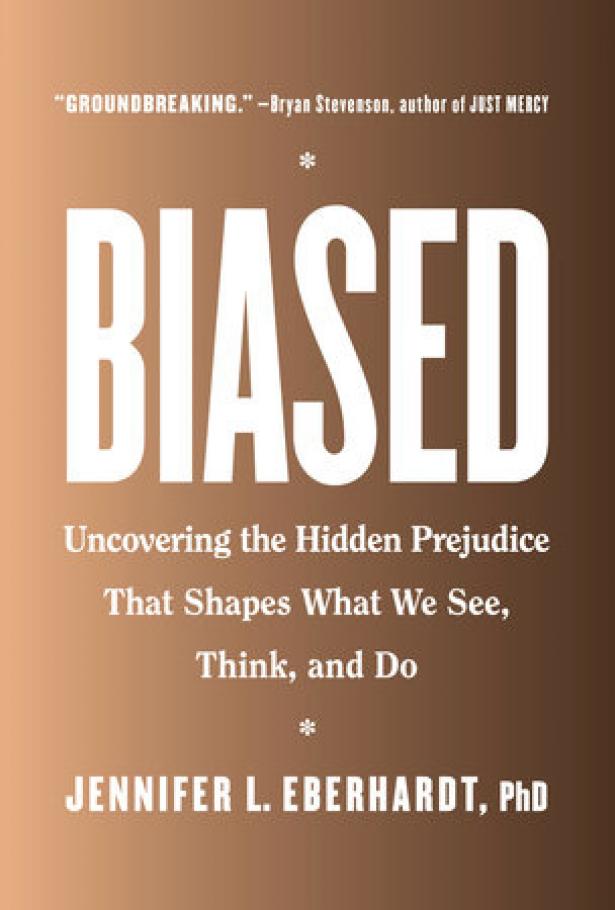 Biased
Uncovering the Hidden Prejudice That Shapes What We See, Think, and Do
Jennifer L. Eberhardt, PhD
Viking
ISBN 9780735224933

Author Jennifer L. Eberhardt opens the first chapter of Biased, “Seeing Each Other,” with a personal story that sets the tone for what follows:

“I spent the first twelve years of my life in Cleveland, Ohio, in an all-black world. My family, my neighbors, my teachers, my classmates, my friends — every person I had any meaningful contact with until that point was black.”

When her parents decided to move their family several miles away into a virtually all-white neighborhood, she worried that she wouldn’t fit in and her classmates wouldn’t be friendly. As it turned out, that was not the issue at all: The girls in her class were welcoming and inclusive.

The problem? Eberhardt could not tell them apart.

“I’d had no practice recognizing white faces. They all looked alike to me.” This phenomenon, known as the “other-race effect,” appears to be one way our experience helps to wire our brains to work more efficiently, much like the speed with which we lose the ability to form certain sounds that our native language doesn’t use.

That experience in school is, in part, what drew Eberhardt into the field of social psychology, but her use of the story to open the book helps to reassure readers that this is a non-judgmental exploration of issues that are troublesome for all of us; we needn’t worry about being hectored for our failures or blind spots.

The entire point here is to explore the insidious nature of unconscious bias so that we are all more able to recognize instances of it in our thoughts, impulses, and reactions.

A bias for our own cohort, then, is a built-in feature of the human brain; it is not in itself a marker of racism, sexism, or any other -ism. The extent to which that bias remains somewhat benign, or instead metastasizes into an active bias against another cohort, is more often a product of the prevailing norms and cultures in which we are raised.

The long history of political, pseudo-scientific, and religious justifications for the subjugation of blacks (and, for that matter, of women) remains baked into the American psyche, stubbornly resistant to eradication. Very resistant, it sometimes seems:

“As recently as 2015, one of the nation’s largest textbook companies was still publishing a high school geography text in Texas that portrayed slaves as ‘workers’ who’d cruised here on ships from their native Africa to toil in southern agricultural fields.”

The author draws from wide-ranging studies and experiments, a number conducted by herself and her colleagues, to illustrate the many forms that bias takes, as well as the relative efficacy of attempts to overcome it.

From the ways in which race influences the severity of discipline in schools, to the unintended consequences of teaching color-blindness as a way to eliminate bias, to the demonstrably improved call-back results minorities achieve when they whitewash their résumés, the study results are unfortunately consistent.

Some bias, it turns out, is rather easy to overcome, at least in very specific instances. When complaints about gender bias in orchestras became loud enough in the 1970s — the prevailing arguments were that women simply weren’t as good as men — some orchestras started doing blind auditions, in which the musicians were screened off from the evaluators. Writes Eberhardt: “The researchers found that blind auditioning increased the probability that a woman would make it past the preliminary round by 50 percent.”

Beyond the many experiments, though, it’s the human stories the author tells to underline the science that are inevitably more immediate, gripping, and heart-wrenching. In the chapter “Male Black,” that focuses on the entrenched black-crime bias, she tells a story of sitting with her family in a park in Monterey, California, and watching a police officer approach a young black couple at a picnic table next to them.

The cop asked for their IDs, called for back-up, had the young man stand, and began to photograph him. Why? A crime had been committed nearby and the description given over the radio was, “male black.” As she watches her young sons chasing each other through the grass nearby, oblivious to the drama playing out next to them, Eberhardt can only wonder how old her boys will be the first time someone confronts them with suspicion solely because they are black.

Eberhardt does significant work with police forces around the country to help give them tools to battle ingrained bias, especially as it relates to the black-crime connection. Given the many recent high-profile cases of cops shooting unarmed black men, the need for better training seems urgent. Fortunately, her work shows that the training pays off.

What about for the rest of us? It would have been naïve to imagine that the election of our first black president in 2008 signaled the end of racial bias in this country, but it gave many of us hope that we were on the right path.

To watch, then, the political rise of our current president tracking with the stunning rise in overt hate groups and hate crimes against a host of racial, ethnic, and religious groups — spurred on in campaign rallies and Twitter rampages — shows us just how easily we can lose our way once again.

Jennifer Bort Yacovissi’s debut novel, Up the Hill to Home, tells the story of four generations of a family in Washington, DC, from the Civil War to the Great Depression. Jenny is a member of PEN/America and the National Book Critics’ Circle, and writes a monthly column and reviews regularly for the Independent. She served as chair of the 2017 and 2018 Washington Writers Conference, and for several recent years was president of the Annapolis chapter of the Maryland Writers Association.