The Dark Side of the Moon Mission

“For that kind of money,” Vonnegut cracked on the CBS Evening News, “the least [NASA] can do is discover God.” Nostalgia lends itself to glossing over the protest and unrest of the time. Here, we remember. 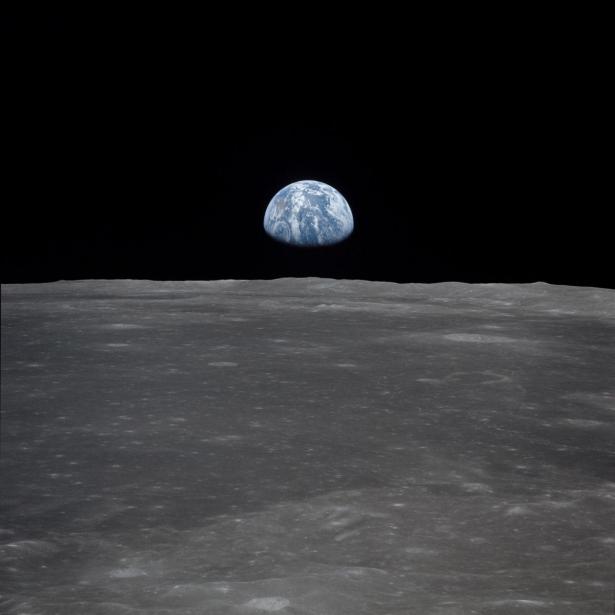 Kurt Vonnegut’s role in televised coverage of the Apollo 11 moon landing, fifty years ago on July 20, didn’t go down well. Hired by CBS as a commentator on the historic proceedings on July 20, 1969, the American writer best known for his World-War-II-indicting novel, Slaughterhouse Five, was not impressed.

“For that kind of money,” Vonnegut cracked on the CBS Evening News, “the least [NASA] can do is discover God.”

Cronkite would later recall this moment with some chagrin.

“To Vonnegut, the moon landing didn’t mean anything,” said Cronkite, who anchored CBS’s coverage of the moon landing and was a space program enthusiast. “He was real sour . . . he just set the wrong mood, a big downer.”

“For that kind of money, the least [NASA] can do is discover God.”

Vonnegut wasn’t alone in his misgivings: At the time of the moon landing, civil rights activists, anti-Vietnam War protesters and even top scientists were skeptical of its purpose and doubtful of its value.

But the collective national amazement—and relief—at the accomplishment of the Apollo 11 moon landing, combined with the passage of time, means little trace of such concerns remain as the country prepares for the 50th anniversary of one of America’s most lauded achievements.

“Nostalgia makes for a foggy lens,” says Tracy Dahlby, a professor at the University of Texas at Austin’s School of Journalism. “It’s easy to forget that, for most of the 1960s, a majority of Americans didn’t favor Washington spending billions of dollars on the space race. After all, we had plenty of challenges to deal with at home, with issues of economic and social justice, opposition to the Vietnam War, and a tortured political scene that saw a President and other leading figures assassinated in the space of five years.”

The Apollo space program cost about $19.4 billion, according to a 2009 report by the Congressional Research Service. That’s about $116.5 billion in today’s dollars.

And so the question must be asked: Was the moon landing worth it?

In the aftermath of the civil-rights movement, and Lyndon B. Johnson’s “war on poverty,” America was struggling to wake up to racial, gender, and economic inequities. But the moon landing enterprise was dominated by a very particular white, male, and establishment demographic.

“You had a lot of men in suits talking about men in space suits—even those couldn’t have been more white,” says Ben Wright with the Dolph Briscoe Center for American History, which houses Walter Cronkite’s archive, including materials from the moon landing coverage. “It was all very Ivy-League, with people quoting Greek tragedy.” 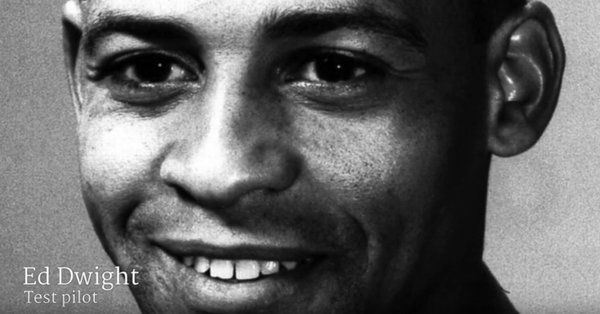 In 1961, the Kennedy Administration picked test pilot Ed Dwight to become the first-ever African-American astronaut. But once he began appearing on national magazine covers, and on TV and radio broadcasts, there was a backlash from members of the public and even some of his Air Force colleagues who didn’t believe that Dwight had the right stuff.

Test pilot Ed Dwight was picked to be the first-ever African-American astronaut. But once he began appearing on national magazine covers, TV and radio, there was a backlash.

“They did studies and presented them to the White House and Congress saying my capabilities weren’t even in the ballpark,” Dwight later recalled. “It was incredibly controversial and political.” Dwight left the Air Force in 1966.

A CBS memo in the Briscoe archives dated March 5, 1969, outlining a potential “poetic” take on the landing reveals that the media was not unaware of the disjunct between the space spectacle and social unrest on the ground. The memo describes a poet “jury” and identifies a couple of well-known male poets and “certainly one woman, maybe Elizabeth Bishop . . . or Gwendolyn Brooks, who is almost as good and a Negro to boot.”

A number of African-American women had been working at the National Advisory Committee for Aeronautics, or NACA, NASA’s predecessor, since the 1940s. As featured in the 2017 movie Hidden Figures, these female employees helped the United States excel in the space race while remaining largely unacknowledged both outside and inside NASA, where they also encountered gender and racial discrimination. 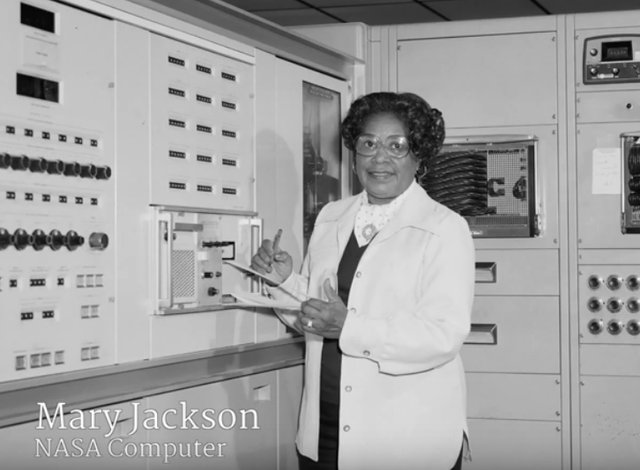 One white woman did gain global attention as the first woman to serve in NASA’s all-male Mission Control in Houston during Apollo 8. Poppy Northcutt, a twenty-five-year-old math-wizard, was part of the team that calculated the optimal trajectory for the return flight back to Earth. But even playing a crucial role didn’t shield her from what she described in a recent interview for the Texas Monthly as the “sea of sexism” that prevailed back then.

Northcutt was on the team that helped guide every crew of astronauts back home through the Apollo 13 mission. But the abiding image of Mission Control provided to television viewers was lines of similarly dressed white men sweating it out at their console. It was very much a man’s world and a man’s moon.

“It’s shocking now to see how few women and minorities were involved in the management of flight operations,” Dahlby says.

After the moon landing, NASA worked hard to promote its space activities, but the public began to question the costs associated with space exploration.

Even Cronkite, whose enthused coverage had been unequivocal, began to voice doubts. In a 1970 interview in Look magazine, he commented that though the moon program was very important, it wasn’t as important as education, cleaning up pollution, drug control, and rebuilding cities.

By 1975 the Apollo program was canceled due to budget cuts.

Historians now debate the significance of NASA’s Apollo missions. During the Apollo 8 dry-run for Apollo 11, as the spacecraft circled the moon, astronaut William Anders captured “Earthrise,” the iconic photo of Earth, a blue marble surrounded by space. 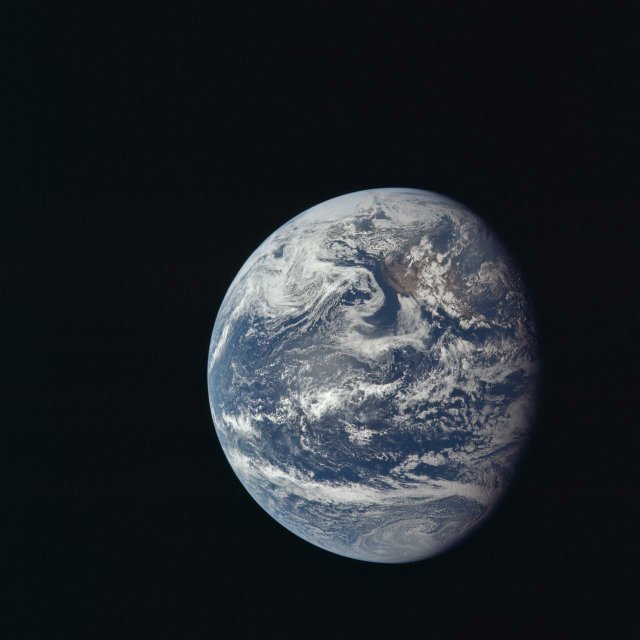 Today, space exploration is back in fashion. In December 2017, the Trump Administration directed NASA to reignite the space exploration program, sending people back to the lunar surface, and prepare for an even bigger leap to plant an American flag on Mars. And ever since China became the third country to launch a human into space in 2003, it has been expanding its space program, including plans to build a research station on the moon and to also reach Mars.

As ever, America’s bid for the stars has competition: another space race appears to be brewing.

James Jeffrey is a British journalist who divides his time between America, East Africa, and the UK. His writing appears in various international media.

The Progressive is a voice for peace, social justice, and the common good! Subscribe here.